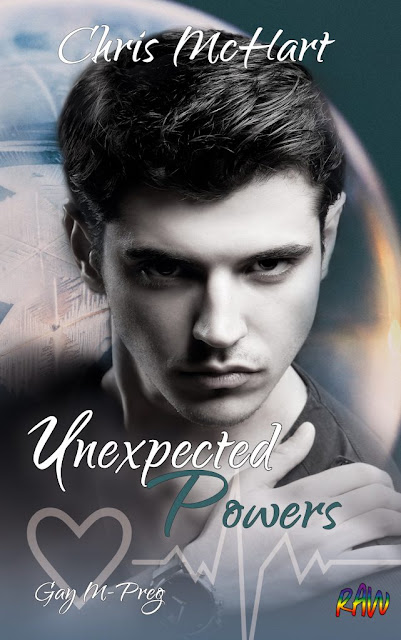 Unexpected, Book Four
Ash’s life hasn’t been the best so far. Mated to a man he hates, he resigns himself to his fate of being abused. When his mate kidnaps the highly pregnant Alex, they become friends, and to Ash’s surprise, Alex’s rescuer saves him as well. Now he can start a new life, but it’s going to be a lonely one, due to his visible and invisible scars.

D didn’t seek out a man, but one look at Ash and he’s head over heels in love. But Ash needs to work through his issues before he can see D’s love for him. Slowly, Ash learns to trust D, but with their growing feelings, other strange phenomena appear. What’s up with lights turning on without Ash touching the switch and doors opening on their own? Is something dangerous happening and threatening their blossoming love? Or is it something else altogether?

The door opened and a nurse stuck her head inside. “I’m sorry, but you have to leave in a couple of minutes. Visiting time is over. He needs his rest now. You can come back tomorrow.” She smiled.
D nodded. “Thank you. Give me just a second, okay? Then I’ll be gone.”
“Of course.” She closed the door behind herself, leaving them alone.
D slowly extended his hand and ran the tips of his fingers over Ash’s white cheek as he whispered, “Please, if you can hear me, come back to us. You’re free now. We brought you to safety, and if you wake up now, you can start a new life.”
He sighed. It was useless. Either Ash would make it, or he wouldn’t. If the damage was too extensive, then good words wouldn’t help either. But D refused to think of it that way. Ash would make it through. Period.
With a last longing look to the bed, D stood, stretched his back, winced at the pain running through his arm, and stepped toward the door. He’d be back tomorrow to see how Ash was doing.
He bit back a yawn. First, he needed a nap, though. His phone beeped, alerting him of an incoming text. D pulled it out of his pocket and opened the message from Anthony: Alex made it through surgery and he and the baby are well.
He smiled. It would’ve devastated them all if Alex or the baby would’ve died. D sent a quick text to Sam, congratulating him, and then he left the intensive care unit of the small private clinic. Thank the heavens for Dr. Brown. Without him and his hospital for paranormals and vampires, neither Alex nor Ash would’ve had a chance of surviving the night. 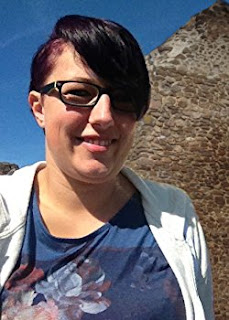 About the Author
Chris McHart lives in Germany, with her husband, slave, Dom, partner in crime, and muse (all in one person, not even she's that kinky!). She loves her husband, men in kilts and Scotch Whisky. Her idea of a perfect evening is to curl up with her laptop and write (the other options are not suitable to post in public).