Cover Reveal: The Ties That Bind by S. Davidson #Excerpt 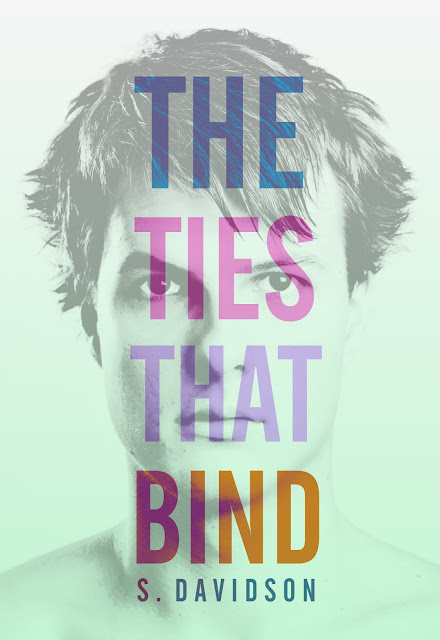 Flashback 1990's - Rollerblades, bungee jumping, the laptop, cellular phones the size of bricks, and AIDS - the gay men's cancer This is a story about love, friendship, and family. It is a story about growing up, about trying to change the past and the realization that no matter how fast, or how far we run, that The Ties That Bind us as children, many times come back to haunt us as adults. We become part of the life of a young counselor, Morgan, who specializes working with homeless, male hustlers. He seems like an angel from heaven to many. He cares deeply for every one of his boys and would literally die to save them from harm. He deprives himself of life's basic needs in order to reach just one more, but why? Morgan has his own agenda to work out, his own demons to exorcise. While avoiding his own past, he meets a particular young man, Greg, who is able to see through this well-crafted, public image. Greg sees Morgan's pain and denial. It is in this discovery, this role reversal that Greg, a life-long hustler begins to heal himself. He helps Morgan come to terms with his own violent past. Greg becomes his strength, the knife to cut the rope and release the guilt Morgan has denied for years. Just as they both begin to heal, Greg discovers the truth. The Ties That Bind can sometimes be very restricting but many times we find that The Ties That Bind can also provide our strength. The Ties That Bind are necessary for the sustenance of life.

“I do have something else to tell you about. Don't yell at me, okay? He, um, turned nineteen a few weeks ago,” Brice said quickly.


“Nineteen!” Morgan blew, swerving to avoid hitting the car in front of him. “Nineteen? What are you trying to do to me, Brice? Put me out of business? First, you tell me he needs to be watched. Then you tell me he is going to stay with you, in your one-bedroom apartment. Then you tell me he's at least two years older than any of the kids we take! If I didn't know better, I would think you wanted a playmate! These kids are hustlers, Brice. They have one thing on their minds! If this kid is even left in a room alone with any of the other boys, I've got to deal with a 'contributing to the delinquency of a minor' charge or he's hit with a statutory rape charge! When it involves two boys under my roof, I'm out of work and in jail as fast as City Hall can do it. Don't you realize they are always looking for a way to shut me down as it is? I bet you made a promise to Carol that I would take him, too! What in the hell were you thinking about, Brice?”


“I read your file on him.” Brice remained perfectly calm. “Morgan, you taught me to never give up on a kid, no matter how hard it was. You've got pages written on him. Your last entry was over six months ago. Morgan, its Gregory Wescott,” Brice said. 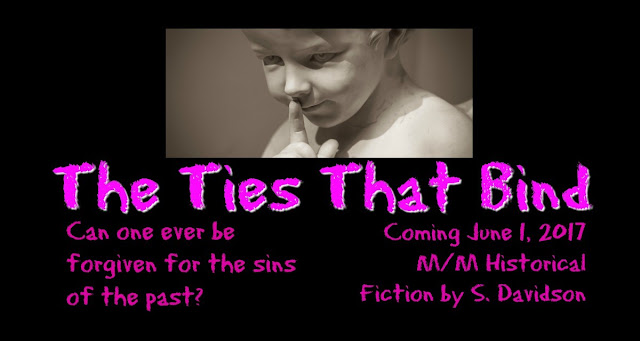 Shelly always had a goal to get a book in print. Well, that goal has been met. Another coming June 1, 2017, and one more still in the works. Always finding writing to be a way to escape into another world, M/M fiction is her passion and causing her beautiful boys a bit of agony is just what she does. None of her characters are flawless and most are pretty damn messed up! But they always persist, always try to be the best men they can be and hopefully find a kindred spirit along the way. Shelly is a mother, grandmother, and has a Bachelor’s in Social Services. Come on over to her Facebook page for current and upcoming release info. While she doesn't post about what she's having for dinner or what movie she's watching, she will give you info on her writing when there is news to share. Just remember, no matter who you are or what beliefs you practice, love is love and we all deserve to love.

Posted by Diverse Reader at 8:14 AM