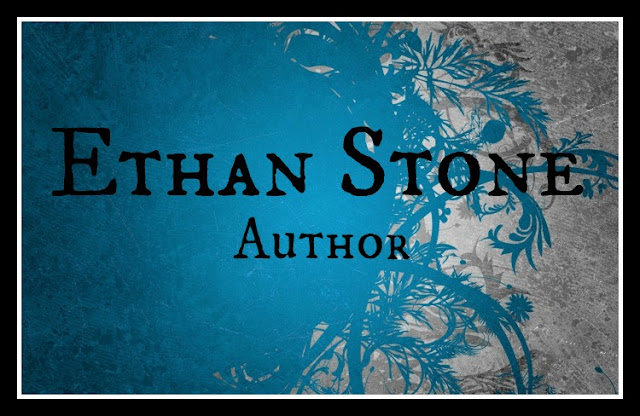 Happy Saturday one and all! It's Spotlight time here on Diverse Reader. Our author today is well known in this genre and community and it's an honor to have him here today. Ethan Stone has written wonderful series' such as Flesh, Uniformity, Love Vegas Style, and many many more. Today we take a look at some of his work, talk about interesting things such as audiobooks and the process, what he's working on next, and how much his fans mean to him. There's a giveaway at the end so be sure to enter! Let's get started. 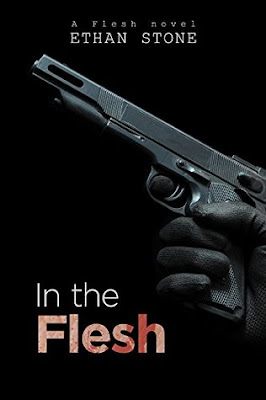 Leave it to handsome lawyer Colby Maddox to save Cristian’s life. He takes the case and the attraction between them is quick and undeniable. After several passion-filled encounters with Colby, Cristian unexpectedly wants to break all his rules. However, before they can contemplate a future together, they’ll have to clear Cristian’s name and find the real murderer.
See all books in this series HERE 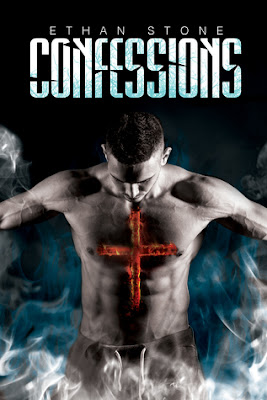 A serial killer known as the Confessor is kidnapping and torturing gay men, and Reno Police Department Evidence Technician Leif Carson is determined to catch him.

His personal life isn’t any less stressful. Despite being a virgin and having zero experience with men, he can’t stop thinking about his best friend’s ex, Rafe Castillo. Rafe is suffering from PTSD, but that doesn’t stop Leif from wanting to be with him.

Complete opposites, they’re an amazing fit once they do get together—until Rafe’s PTSD gets in the way and he walks away from the relationship before it has a chance to truly blossom. Even though he has intense feelings for the man, Leif has no choice but to let him go.

When the Confessor kidnaps Rafe, Leif does everything possible to locate him before he’s murdered. Rafe’s near-death experience changes him profoundly, but the danger isn’t over yet. Leif and Rafe will have to face pure evil together if they’re going to last. 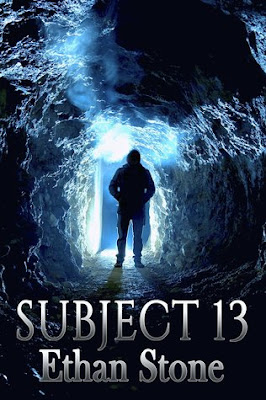 Luke Kincaid's life is exploding all around him. First his lover leaves him to marry a woman, then childhood nightmares return with a vengeance.
He finds comfort in his renewed friendship with high school buddy Ben Skinner. Luke works on rebuilding his life but repressed memories threaten everything. Luke and Ben investigate his past while Luke fights his attraction to Ben, who he believes is straight.
But someone doesn’t want them to discover the truth and Luke’s life is in jeopardy. Luke can’t stop his search—not even when he finds out it is connected to a government cover up. Luke and Ben must uncover the secrets of Luke’s past as well as deal with their true feelings for each other.

Thank you, Ethan, for being here today as our Author Saturday Spotlight. You’re one of those authors that people here and automatically know at least a couple of your books and that you’re someone to read in this genre. So, I’m thrilled to get to talk with you today. I have some questions, hopefully fun, so let’s get started.

Tell us three things about yourself that we won’t read on your bio?

1-I’ve never been fisted and never plan on it.
2-I’m going bald (and so is my bf)
3-I collect lighthouses.

What are your most favorite books to write?

Mysteries and thrillers. I love wrapping in the whodunit with the story of two men falling in love.

Choose one of your books to be a major motion picture and then cast it! GO!

In the Flesh
Vin Diesel as Cristian Flesh because who wouldn’t want to see Vin bottoming like a champ.
Ving Rhames would be perfect as Colby. A truly large and intimidating man with a heart of gold.

Let’s talk audiobooks. What’s that process like? Do you choose your narrator if you’re working with a publisher?

I’ve done it with my self-published books and with a publisher. Self-published is more involved. First you basically advertise on ACX that you want a narrator. For me I went out looking for narrators and didn’t have much luck. Price is a big factor in this decision because narrators charge anywhere from $50 per finished hour to $500 PFH and more.
Working with DSP meant they had more narrators to choose from. They sent me several narrators to choose from and while I found a couple I liked I requested Tristan James because I love his voice. He doesn’t audition but I got lucky because he accepted.
With DSP that was the end of the process until it was over. With my self-published titles it was tougher because I had to approve everything the narrator did.

Do you have a funny fan story? Craziest or most humbling perhaps?

I had a great one at the recent GRL in Kansas City. It happened during an author lounge. I was talking to someone and behind her was a young woman standing shyly and waiting for the first person to be done. She then stepped forward and said quietly that she loved my books. It means so much to hear that from fans and I truly appreciated. That same reader later came by with multiple books for me to sign. A true honor.

I won’t get political or anything about this last election but I’m curious about something and your opinion would mean a lot. What do you think this will mean for this genre and the sort of books we will be seeing?

I’m concerned about what those elected will do in our country, but hopeful things won’t be as bad as people are thinking. It might become harder to read and write in this genre but there will always be an audience for these types of stories. We will survive. We just need to stick together.

Can you tell us what you’re currently working on or what you will be working on?

I’m currently doing edits with Wild Instincts which is a sequel to Wild Retaliation.
I’m also this close to being done with a co-write project that I’m very excited about. It was a thrill working with this person and think readers will agree that we have a great style.

I’m on Facebook all the time (https://www.facebook.com/ethan.stone.54) but you can reach me at Twitter (@ethanjstone)
My website is www.ethanjstone.com and you can email me at ethan@ethanjstone.com

With 2016 coming to an end I’m looking for positivity so can you tell me the best thing that happened to you this year and what you’re most looking forward to in the coming year?

This year wasn’t the greatest. I lost my beloved dog and, fairly recently, my father. It’s been a tough year and I’m definitely hoping 2017 is much better.

Favorite season? Summer
Beer or wine? Cocktail
Favorite movie? Empire Strikes Back
Best smell? Bacon
Cats or dogs? That would be like choosing which child I love most
E-reader or paperback? E-reader
Favorite color? Purple

Okay that is all! Thank you again, Ethan. It’s been so much fun!

Thank you so much for having me visit.
May the force be with you.

Enter for your chance to win an Ethan Stone Backlist ebook!
Fill out the Rafflecopter below.
Contest will end November 25th.

Thank you, Ethan, for being here today and for being amazing!