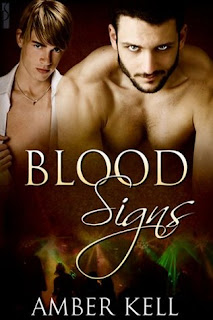 Randall is a poor medical student looking for a job. When his roommate Darren tells him all about an easy position with the company he works for, little does he know that he's about to become the favorite blood giver of the toughest vampire in town. 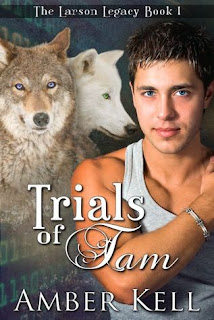 Tam's genius IQ has let him have his way in most everything in life. His luck comes to a halt when his father’s job moves them across country and his family petitions to join a new pack. After meeting Tam the Alpha's price of admission is a chance to call Tam his own.

Not about to roll over and show his belly for any man, Tam soon learns he might be the smartest person in the pack, but sometimes it's the sneakiest wolf who wins in the end. 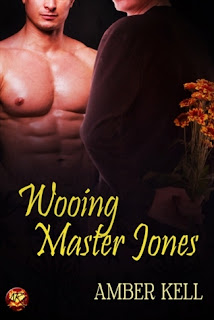 Everyone needs a little romance…

The subs who fall for Victor Jones always get hurt. He has no desire to enter into a committed relationship and no room in his life for romantic entanglements. But then the seasoned Dom starts to receive intriguing gifts from a secret admirer. When Victor discovers his admirer is Stephen, he decides maybe it’s time to try out something new, someone less experienced.

What will happen when Master Jones discovers that sometimes even he has to do a little wooing? 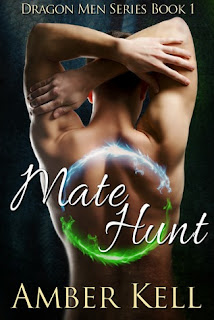 Joriah Eprion didn’t know what sort of trouble he could get into when his father sends him to another planet to find a mate. Barely making it into the spaceport he tumbles into a sizzling attraction to a man sitting at the spaceport then falls equally for another man at a bar. Unable to resist either man he sets up a confrontation between two of the most powerful men in the kingdom both who are vying for his hand. Will Jory survive their courtship or will he become a pawn between two men used to getting their own way.

Thank you Amber for being here today and for letting me pick your brain. I promise this will be as painless as possible. So relax and let’s get to know you a little better.

This is a simple question; how and when did you realize that you wanted to write books and what was the first thing you wrote?

I’ve always wanted to write. I started writing stories as soon as I learned to read. The first thing I ever wrote that was published was a poem about a rock and I won a silver dollar for it.

End Street Series is one of my most favorite series’. You co-write with RJ Scott. Can you tell us how the two of you came up with this series?

RJ and I have a random way of coming up with ideas. We just keep throwing thoughts at each other until we find some that stick then we keep building on them. Our thinking is very similar when coming up with new concepts so brainstorming is usually a pretty quick process.

There’s a lot of characters with that series how do you decide who writes what?

We decide by chapter. Whoever starts the book usually gets to choose which characters they want to focus on and the other one does the other half of the romantic pair.

Of all the series’ you write, and you do write many, which would you love to see made into a TV series?

Hmm. That’s a good question. I think that there are two I would like. The Thresl series because cat shifters in space would be a different take and Moon Pack because there are a lot of characters who I think would have interesting story lines.

When you’re not writing, what are some tropes you love to read?

My first love is fantasy books. I love any book with magic and fun characters.

I’m currently working on the next Moon Pack book which will feature Oliver a wizard mentioned in a previous book. He is part of a ménage.

This year is coming to an end soon, what would you say has been the best and worst part of 2016 for you?

The worst part of 2016 is I had hand surgery to remove some skin cancer and I had a hard time coming back into writing. The best part would be that I’m finally all healed up and my children and hubby are also happy and healthy.

Wine or beer? wine
Coffee or tea? coffee
Chocolate or vanilla? chocolate
Favorite smell? lemongrass
Favorite band? I don’t think I really have a favorite. I like a variety of music.
Favorite holiday? Christmas.
One song to describe your personality? Can’t think of one. LOL!

Okay, thank you, Amber, for being here and talking with us!

Amber Kell will gift one person a $25.00 Amazon Gift Card!
Enter the rafflecopter below!
Contest will end on December 2nd!

Huge thank you to Amber Kell for being here today!

a Rafflecopter giveaway
Posted by Diverse Reader at 6:21 AM