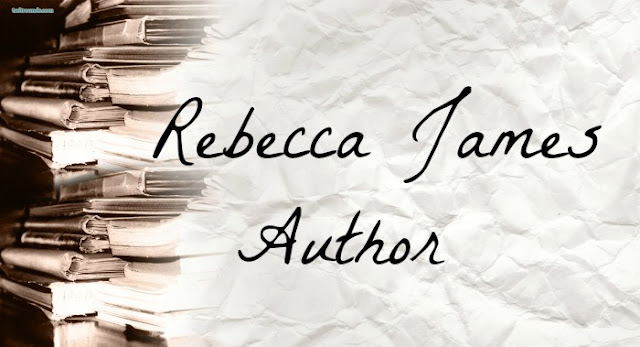 It's that fabulous time again... Author Saturday Spotlight! My author today has written many wonderful books such as: First Omega, Partners Series, Love Will Find a Way, and her new book available on April 10th Second Alpha. We have a great interview, we will look at her work, and of course wrap it all up with a giveaway. Enjoy!! 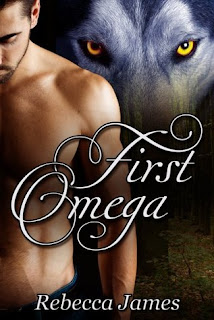 Nothing can prepare Josiah Kimbrel for what he finds when he enters the compound of the River Wolf Pack. As an ambassador of the human-werewolf congress, Josiah is keen to build bridges between the two species. Josiah is surprised to see how ‘normal’ things look in the compound; the wolves, all of whom are gay, live in family units, complete with children, in houses built from local materials.

Then there’s River, the pack alpha. Josiah can't deny his attraction to the handsome, dominant wolf man. Josiah’s world is further turned upside down when he unexpectedly goes into heat. He doesn’t understand -- how can he be half-werewolf and an omega? River wants Josiah for his mate, but is Josiah prepared to leave everything he knows in the city and become first omega of a werewolf pack? 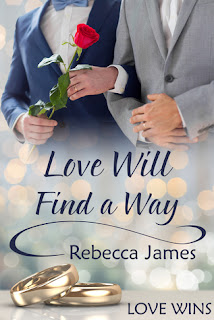 Aiden O’Keefe is on top of the world. He owns a thriving catering business, lives in a beautiful New York City apartment, and is about to marry Bryar, the love of his life. They’ve been together for three years, and their wedding is only weeks away. Aiden has always had a feeling that his lover is hiding something from him but chalks it up to his insecurity at not being worthy of the older, gorgeous, accomplished Bryar, who is a commercial pilot.

That something comes out when Bryar tells Aiden his parents aren’t dead, as he has led Aiden to believe. Not only that, they’re moving to New York and, worst of all, they believe their son is straight and living with a woman.

Once Bryar comes clean, Aiden is understandably angry and hurt. Can their relationship withstand the resulting fallout? Or will love find a way to see them through? 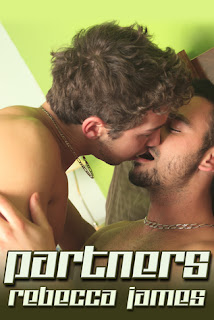 Nicco Santori and Rider Davies have been friends and partners on the LA police force for ten years. They’re closer than most married couples, and there’s nothing they don’t share.


Can things work out between the partners? If so, Nicco may have something with Rider he’s never before dreamed possible. But if no, Nicco stands to lose it all. 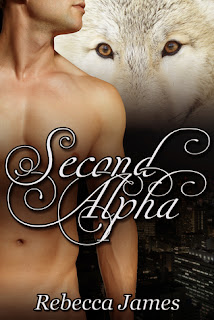 As second in command of the River Wolf Pack, David takes his duty as ambassador to the Human/Werewolf Congress very seriously. With the threat of war, it’s more important than ever to strengthen human/werewolf relations.


But the meeting at the werewolf compound doesn’t go very well. The humans find the homosexual, polygamous nature of the werewolves, along with the fact that the men can bear children, off-putting.


On top of this, although David’s human lover Jax says he loves David, he is not willing to take the bite and become a werewolf himself. David doesn’t see how they can have a relationship, and even wonders if he would be better off mating with Brooks, an attractive beta in the pack. When David and Brooks are kidnapped by the vice president of the Congress, David has to think quickly to save his pack, even if it means throwing his own life away.

Thank you, Rebecca, for being here today as my Saturday Author Spotlight. It’s so fantastic to have you and I promise not to grill you too hard on the questions. LOL. I just want to get to know the person behind the books. So let’s start off a little easy.

Glad to be here!

Not counting what’s been published; what’s the very first thing you wrote that made you realize you wanted to be an author?

That’s a really difficult question! I’ve always written things, mostly to entertain my friends and family. I remember when a friend of mine moved out of state, we used to send mail back and forth, writing a continuous story about each other.  During high school, I wrote a form of fan fiction with friends. But I don’t recall ever thinking, “I’m going to be an author.” I had plenty of people telling me I should write a novel, but I didn’t have any confidence that I could do it. I think it was when I started writing fan fiction online and had people loving what I wrote and wanting more that gave me the confidence I needed. That’s when the desire became more than a passing wish.

Do you have any authors who were great inspirations to you?

Not really. I have always read a large variety and quantity of books. No particular author stands out in my mind, although I adore several. Augusten Burroughs and Amy Tan come to mind.

You have a book coming out tomorrow called Second Alpha. Tell us about this book? Come on, brag to us.

Well, I’ve been told that the first in the series, First Omega, was very original for a shifter book. I more or less wrote what I’d like to read. The werewolves are a purely homosexual society and live off to themselves in the mountains. They aren’t on very good terms with the humans in the city. Book 1 is Josiah’s story. He goes to the werewolf compound as an ambassador for the humans and finds out he’s half-werewolf and an omega. He mates with River, the pack alpha.


Second Alpha is told from David’s point of view. David is River’s best friend and his second in command. The story picks up at the end of the first book, when David’s started a relationship with a human, Jax. David and Jax have some difficulties in their relationship. One is that David would like Jax to take “the bite” and become a werewolf, but Jax resists. Another is that Jax wants to top and David, being an alpha, always tops. When David agrees, he finds out he likes it and what does that mean? Then there are the humans in the city who aren’t being completely up front with the werewolves. Oh, and let’s not forget the feral, half-changed werewolves called the Turned. The pack faces a lot of challenges.


The books have mpreg but are not mpreg heavy.

Have you always had a love for paranormal? What are some of your favorite paranormal books?

No. I am not a big lover of paranormal, but when I wrote for a certain fandom, I began a wolf shifter story (on a lark) that was very popular. I found I really enjoyed writing it and wanted to try something similar when I began writing original works.

Cast your book Second Alpha. Who would take the MC roles if it was going to the movies?

What a great question! Maybe for Jax, the international model Billy Payne, but with long dreds.


And for David, maybe Hayden Christensen. (These are cast purely on looks. I’m not a big movie buff.)

Who would you love to collaborate with to write a book?

It would have to be someone who has a similar writing style as mine, and I’m not sure who that would be at this point. I am new to reading the m/m genre, other than fan fiction, so I’m not up on all the authors yet.  I really love what I’ve read of Leta Blake’s.

What do you consider too taboo for you and you just could never write it?

I am currently working on the third book in the River Wolf Pack series. I also have a few manuscripts that I’ve partially written. One involves a vampire. One is a fantasy. I would really like to try sci-fi.  I have a contemporary romance knocking around in my head. A few readers have asked me for a third in the Partners series, giving Alex his love story, but I haven’t decided about that as of yet. Maybe if a few more readers express an interest, I’ll be inspired.

How can your readers follow you through the interwebs?

Okay. This is a new thing. Started it last week. Fast Fire Questions:

Okay, that’s all for now. I’ve tortured you enough. Thank you for being here and answering my questions!

Rebecca is giving one reader a choice. They can have either First Omega
or her new book out tomorrow, Second Alpha. Your choice!
Simply fill out the rafflecopter below. Contest will end April 15th.
Winner will be contacted via email please check your spam.
You'll have 48 hours to respond to the email after that time a new winner will be selected.

thank you and thank you to Rebecca for being here today.