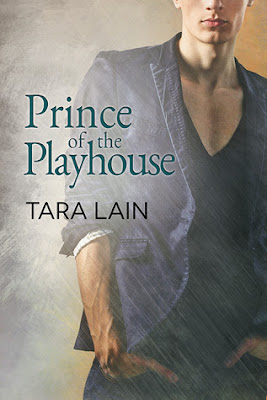 
Driven by his desire to become a successful fashion designer and concerned with hiding his questionable past, Ru Maitland lets his obsession with action movie star Gray Anson on the big screen replace his social life. Then obsession and reality collide when Ru is asked to design fashion costumes for a special performance of Hamlet at the Playhouse in Laguna starring none other than Gray Anson. Gray turns out to be a compelling mix of shy and brash and, despite a high profile engagement to a female socialite, the signals Gray sends Ru have his libido doing the salsa.

Gray Anson has what most people only dream of—great wealth, huge fame, a job he loves. For that, he’s given up any semblance of privacy and the right to say no to the thousands of people who depend on him and the millions who love him. He sees everything he’s ever wanted just outside the bubble of his life, but how can he make the compromises needed to embrace it? When Ru’s shady past crashes into Gray’s paparazzi-haunted present, both men have to learn that sometimes the only acceptable compromise is the truth.

This series is my favorite of Tara Lain’s. I always look forward to a new book in this series. Prince of the Playhouse is outstanding. Ru is so much more than he seems just by looking at him… and it turns out Gray Anson is too. These are two men hiding from the things that made them. Both running from something and while they are running the crash into each other and fall in love. There’s some mystery to this tale of star crossed lovers. Both have to come to terms with their own pasts and realities and just move forward knowing that what they have is fierce and can last because they are unstoppable.
I had all the feels reading this. Seeing Shaz again always makes me smile and the pleasant surprise that is Ru was stunning to me. I “THINK” Meryl might be in her next story *crosses fingers* because he deserves his own story. He was such a fabulous secondary character.
Tara Lain has written another amazing winner!

Enter the monthly giveaway that ends April 30th.
Winner will be contacted via email so check your spam.


a Rafflecopter giveaway
Posted by Diverse Reader at 7:24 AM