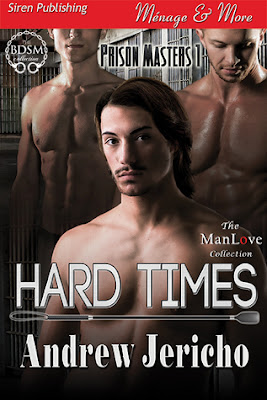 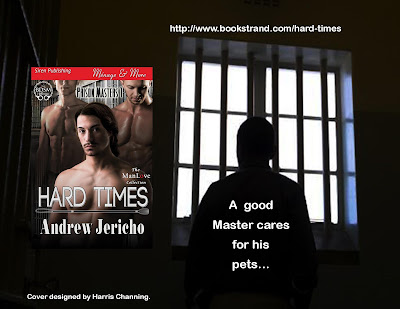 Within two months, Ace was sleeping in Carlos’s bunk every night. One month later, the handsome Latino whispered, Te amo mi amor siempre. Ace still heard his tender voice. That was the first time another man had declared love. Ace had to eat his own words. The same night, he gave his body to the one who would become Master.
Carlos had been twice his age, but neither man cared. I’ll always love you, Master. The sentiment filled Ace’s mind. Tyler stirred, bringing him back to the present.
“Shh, baby,” Ace said. “Sleep. You’re safe.”
For two years, Ace had felt safe in Carlos’s arms, too. The Latino’s gentle touch kept him sane. Carlos had given him the freedom to explore sexuality. From puberty, Ace had wanted to kiss boys. As he grew, so did his desires. Carlos became his best friend, lover, partner, and Master. Then one day, it was all over.
Carlos had been in charge of the Prison Masters’s club. He hated the word “gang.” Carlos believed it incited violence. The group was for gay men, including those interested in the BDSM lifestyle. Submissives were also welcomed. A riot between Prison Masters and White Aryan Resistance had broken out. Carlos was shanked. He bled out in Ace’s arms. Ace still wore Master’s collar. More memories of the man he still loved filled his thoughts.

“I’ve taught you well, pet.” Carlos’s voice quivered in pain. He reached for Ace’s hand. “I’m so cold.”
“You’re all right. Master, stay awake!”
“Pet, you’re in charge now. You’ll make a good Master, because you’ve known submission.”
“Hardly.”
“One last scene.”
“Anything, Master.”
“My last order—I bind your submission to me. Never give it to another.”
“Never.”
“Mi amour—”
“Master? Master! Wake up! Dammit, don’t leave me!”

The setting of this is a prison and I admit to preparing myself for something out of the show OZ. That's not how things go down here.

You DO need to dismiss reality when you read this because you won't be able to wrap your head around some of the things you read in here. Just let it go, absorb, and enjoy.

These characters Ace, Tyler, and Paul are in a raw and gritty place. But they love each other. Ace and Tyler have a lot more time together since they are cellmates and only a handful of sessions get Paul (a guard) get to interact. But, the three make it work oddly.

Menage is one of my most favorite to read so I'm always critical of it. Though the adoration for each other was a bit too much I appreciated the respect they had for each other. It helped filter the many I love you's that were said.

This has the makings of being a very entertaining series and I look forward to more. 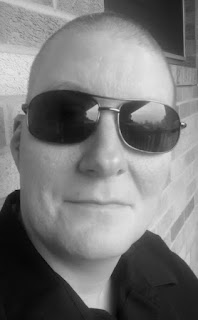 Andrew Jericho is a ManLove erotic romance author for Siren-BookStrand Publishing, LGBTQ rights activist, humanitarian, and freelance journalist/photographer.  His books explore gay men in real situations of life and love.  Andrew blends romance, passion, and eroticism into all of his characters.
Often, Andrew’s characters select themselves, as he provides them with their literary voice. Once a story develops, he’s compelled to see it through to completion. Andrew’s characters make sure of that fact. Love and eroticism are two very important and powerful emotions which drive not only his characters, but his style of writing, too.
Andrew is a gay transgender man, who lives with his partner, John Jericho, and family. When not writing expect to find him enjoying spending time with family, photography, eclectic tastes in music and the arts, and browsing the local library and art galleries. All of Andrew’s work can be found at:  http://andrewjericho.com/.

One person will win Hard Times by Andrew Jericho!
Contest will run until April 24th. Winner will be contacted via email so please check your spam