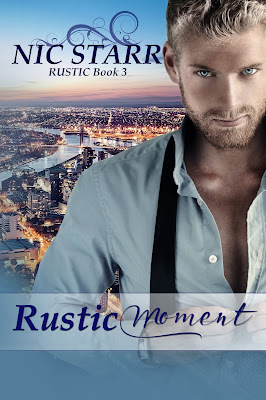 Betrayal, heartbreak, and financial ruin are only the beginning. The last few months have been tough on Grant Parnell. He discovered his boyfriend was having an affair and it’s taken its toll, both emotionally and financially. With his business facing ruin, Grant could lose everything.
Dave Monroe is excited to start a new phase of his life. He’s following his dream and pursuing an exciting career opportunity. When Grant visits his friends in the country and finds out Dave might be moving to Melbourne, he offers him a place to stay. For Dave, life’s looking good.
Dave had only met Grant a couple of times before moving in with him, but the simmering sexual attraction is undeniable. As he settles into Grant’s home, deeper feelings develop. It’s hard not to fall for Grant’s gorgeous exterior, but it’s the strong man underneath who captures Dave’s heart.
Grant always craved success. His business and his home are testament to just how far he’s come, proving his family wrong and making something of himself—or he had. Now everything is falling apart. As Grant’s world spirals out of control, Dave is the one sure thing in his life.
But if they are to have any chance at happiness, Dave will need to teach Grant what’s really important.

“I said no.”
Grant’s voice was loud enough to travel down the hall. Dave immediately tensed at the tone. He couldn’t tell if Grant was angry or just being firm, but his words were clear. “This is the last time I want to have this conversation. You aren’t welcome here anymore.”
“I just want to know what you said to Douglas.” The answering voice was menacing, and Dave’s hackles rose.
Who on earth is that?
Dave placed the milk bottle on the benchtop and edged closer to the doorway. Grant could no doubt take care of himself, but Dave wanted to be close at hand. Just in case.
In case of what?
It didn’t matter what, it only mattered that Dave make sure Grant was okay, and the stranger’s voice didn’t sound anywhere near okay.
“What are you talking about? I haven’t spoken to Doug in weeks. In fact, if you know how to contact him, maybe you can tell him to call, and that I need to speak to him and sort out some crap.”
“I know you’ve said something. He told me you were trying to shaft him and get rid of him from the business. Then he went overseas, and now he’s come back and doesn’t want to see me.”
“So he’s back, then?”
“Don’t pretend you don’t already know.”
“I’m not pretending anything. How many times do I have to tell you I haven’t seen or spoken to Doug? We haven’t exchanged so much as an email. Okay, well, maybe that’s not quite true. I’ve sent him emails and letters, but he hasn’t replied. If he doesn’t want to see you, John, that’s between you and him. It has nothing to do with me. I’ve told you before—you’re welcome to each other.”
“Don’t you dare—”
“Get your hands off me.”
Dave didn’t wait to hear any more. Before he was even conscious of moving, he was striding down the hallway, and was bloody glad he’d done it. Grant was shoved up against the wall. A guy—John, the ex-boyfriend?—gripped him by the upper arms and yelled in his face.
“Hold it right there. Get your fucking hands off him,” Dave growled.
Shocked eyes met his as John looked his way and instinctively dropped his hands. “I… ah….”
“Step away. Now.”
John hesitated for a moment, looking between Grant and Dave.
Dave didn’t take his eyes off John, watching the man’s every move. “I said now.” 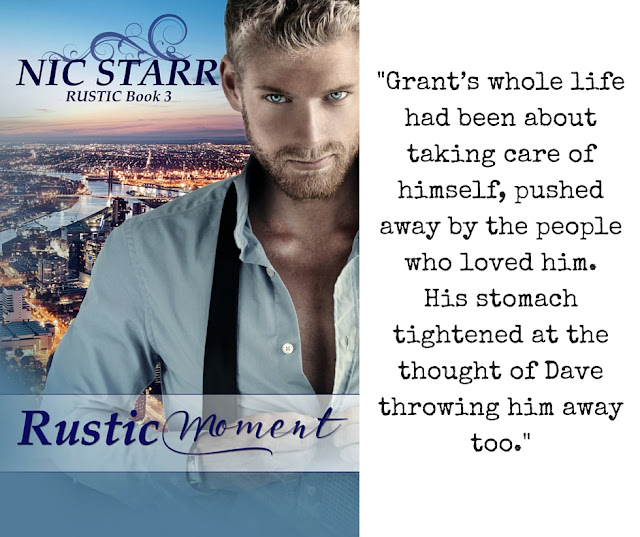 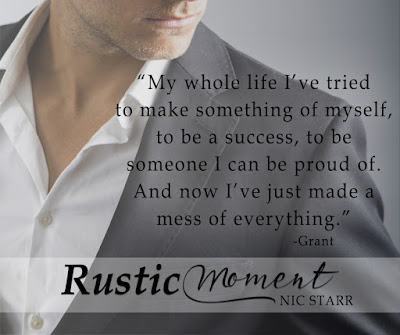 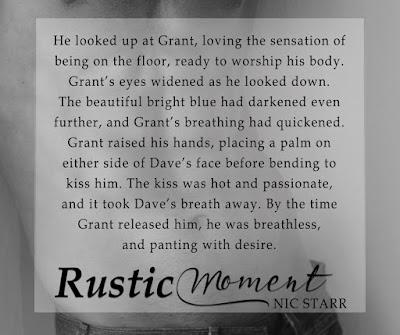 This is book 3 in Nic Starr's Rustic series. Rustic Moment is such a terrific addition to this already fabulous series. Dave and Grant are amazing. Different but compatible kept running through my mind as I read this. Grant works too hard. But, he's also trying to keep his business afloat and his awful business partner is destroying it. Douglas is retched I hate him! OMG so much. I needed to stop reading to concentrate on hating him.  Dave is a saving grace for Grant. They start out as friends and they just build from there... LOL. Building is a big thing here. Dave builds furniture, Grants designs, and they, as a couple, build toward salvation.

This is a sweet, little angsty, emotional, but rewarding, story. I very much recommend this gem of a story. 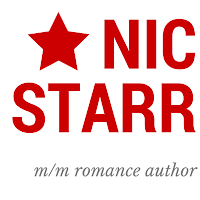 Nic Starr lives in Australia where she tries to squeeze as much into her busy life as possible. Balancing the demands of a corporate career with raising a family and writing can be challenging but she wouldn't give it up for the world.
Always a reader, the lure of m/m romance was strong and she devoured hundreds of wonderful m/m romance books before eventually realising she had some stories of her own that needed to be told!
When not writing or reading, she loves to spend time with her family-an understanding husband and two beautiful daughters, and is often found indulging in her love of cooking and planning her dream home in the country.
You can find Nic on Facebook, Twitter and her blog. She'd love it if you stopped by to say hi. 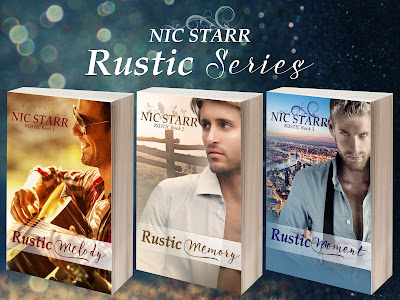 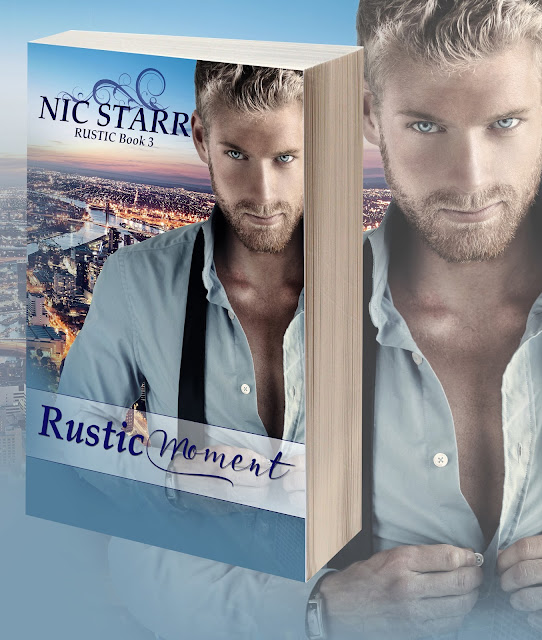 Posted by Diverse Reader at 2:59 PM