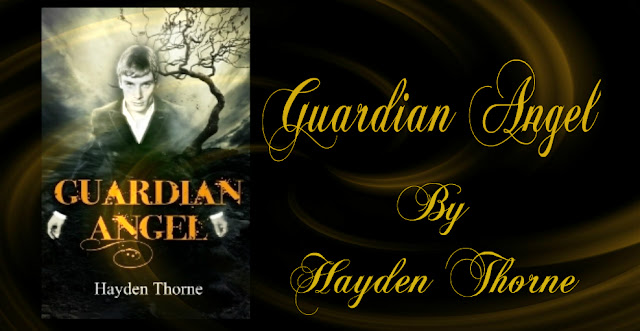 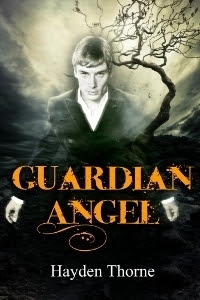 When nineteen-year-old Dominic Coville’s parents die in an accident, leaving him not only alone but on the brink of poverty, he desperately searches for work and is thrilled when the post of secretary is awarded to him despite his obvious inexperience and ignorance. Mr. Wynyard Knight of Mandrake Abbey, however, gladly welcomes Dominic and earns the young man’s immediate sympathy for his fragile health as well as gratitude for the promising new life now awaiting Dominic.

But unusual things soon happen and appear to focus solely on him, and Dominic begins to wonder about the true history of Mr. Knight, the strange young man haunting the third floor, and Mandrake Abbey. With the persistent and increasingly violent attempts at communication by an angry ghost shadowing his hours, Dominic struggles to unravel the mysteries of his new home. And even with the help of a handsome young gentleman who’s an aspiring supernaturalist as well as his clairvoyant sister, danger closes in far too quickly.

Then it’s only a matter of time before carefully constructed façades fall away, and the sickly, decaying underbelly of Mandrake Abbey’s centuries-old collection of stone and timber will reveal itself.

Set in an alternate England sometime before the mid-19th century, Guardian Angel weaves a tangled and dark tapestry of old magic, romance, and madness, a celebration of classic gothic fiction and its macabre sensibilities.

What an awesome story OMG! Seriously, if you’re a gothic mystery fan, don’t miss this book!
This book had tendrils of fear creeping all over my body as I read. From the very first page I felt the hairs on the back of my neck stand straight up.

Dominic Coville is determined to solve the mystery of the abbey and being that it’s in his POV through the entire story you literally go through all of it with him. All the gloom, mystery, and foreboding situations. I think that is absolutely brilliant to do. I liked the not knowing and the trying to figure it out. I even liked the haunted feeling I got while reading.

This book stayed with me for a while after I finished. I actually gasped and shivered throughout Dominic’s “adventure”

I truly truly loved this story and I do highly recommend it for people who love gothic mystery, amazing writing, wonderful characters, and book hangovers… cause you’ll have one!

I’ve lived most of my life in the San Francisco Bay Area though I wasn’t born there (or, indeed, the USA). I’m married with no kids and three cats and am a cycling nut. I write speculative fiction for gay teens and adults, my stories largely inspired by folklore, gothic fiction, and even superheroes, among others.
Social media links:
http://haydenthorne.com/ (my website / blog)
https://twitter.com/Hayden_Thorne

Want to win a copy of Guardian Angel? You do!
Simply enter by filling out the rafflecopter below.
Contest will end on April 16th
Winner will be contacted via email. Please check your spam
You'll have 48 hours to respond after that a new winner will be selected.
Thank you!


a Rafflecopter giveaway
Posted by Diverse Reader at 5:22 AM