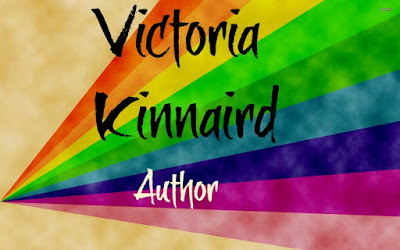 It's Saturday again and I have Victoria Kinnaird as my Spotlight Author today. She's really a very talented writer and so kind on top of all that! If you've read her than you know. If not, well, I hope after this post you'll give her a read. We have an interview, we are going to look at her work, and Victoria has a great giveaway for one lucky winner. Let's get started. 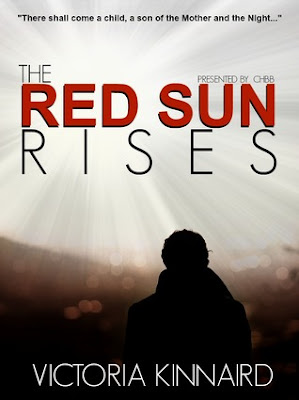 Eren Anderson is a freak among freaks. At 17 years old, he doesn’t fit in with his peers in the tiny town of All Hallows and despite being born into it, he most certainly doesn’t fit in among The Order of Our Mother, the secret nature worshipping society that has harnessed the ability cast spells and believes vampires are not only real, but their deadliest enemies. Eren is turned into a vampire after an attack by the local coven master, but that is the least of his worries... 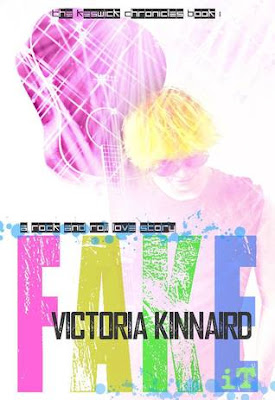 Jack Daveyson grew up with a guitar in his hands and his head full of melodies. Ten years after writing his first riff, he knows exactly what he wants to do with his life - graduate high school, escape Wayville and hit the road with his band, Forever Fading Echoes.

But it's a bit hard to launch a band without a singer. Enter JJ Keswick.

JJ is everything Jack isn't: rich, confident and popular. He also happens to be one of the best singers Jack has ever heard.

Jack reluctantly lets JJ into his band and into his life. The spark between them in the practice studio grows into something neither of them were expecting - a love that threatens to tear their lives apart.

International bestselling author Victoria Kinnaird is proud to introduce you to The Keswick Chronicles, a YA rock'n'roll romance.

Pack your guitar, pull on your band tee shirt and turn up the volume - it's time to meet your new favourite band.

Thank you, Victoria, for being here today as my Saturday Spotlight author. I’m looking forward to asking you some questions and kind of getting to know you a little better. The mind of an author is always an interesting thing.

First I really want to ask you about your tattoos. LOL. You’re quite the music guru. I know tattoos are a personal thing but care to maybe share with us some of the bands we might find adorning your skin?

Sure! I currently have 12 tattoos. Five of them are Kill Hannah tattoos, five of them are My Chemical Romance tattoos and one of them is a Perks of Being a Wallflower tattoo. They’re all really special to me! One of my MCR tattoos says “Art is the Weapon” and it’s along my left arm, so I can see it when I’m writing. It always reminds me to put everything into my writing. My Kill Hannah tattoos are a bit different – I used to be one of four worldwide leaders of the Kill Hannah’s street team, so the band was a big part of my life. One of those tattoos is actually in the handwriting of their singer, Mat! My Perks of Being a Wallflower tattoo was kind of like a gift to myself – I got it the day before my first book came out and it has my favourite quote from the book (“In that moment, I swear we were infinite”) in my own handwriting.

So, I’m assuming your love for music had a lot to do with the creation of Fake It?

Absolutely! My love of music has really defined my life. Some of my happiest times and closest friends evolved from my love of music. It was only a matter of time before I wrote a novel about a band. Fake It isn’t just about music, but it’s definitely a big part of the book. I wanted to pay homage to the bands and musicians who changed my life.

You published your first book in September 2013. In just 2 and a half years you’ve published 10 distinct works. How does that feel and what have you learned?

It feels pretty surreal, to be honest! I was still at university when I started writing The Red Sun Rises, the book that would go on to be my debut novel. It took me five years of false starts, rewrites and building up my confidence to actually finish that book. Getting it published wasn’t easy either – I had one publishing company ask me to change the main love story in the book, so it was m/f instead of m/m, because they didn’t think a YA series could be carried by a gay love story. Luckily, I found myself with a great publisher, I’ve got really supportive friends and my family have been awesome. I’ve grown a lot as a writer and as a person, but having a writing “career” is still a dream come true for me.

JJ in Fake It was a special snowflake. I really felt a lot of his pain. We all had that guy in school we lusted after. You showed us it from his perspective. The Lusted lol.  How’d you get into his head?

Haha, thank you! I’m quite lucky in the sense that most of my characters just kind of show up in my head, fully formed! I’ve always thought of pre-Jack JJ as a rock star without a band, a real product of today’s celebrity culture. He struggles with the weight of people’s expectations and I think we can all relate to that, even if the expectations themselves vary. I think everyone knows someone like JJ, or wants to know someone like JJ. In a way, he’s like his high school’s celebrity crush – everyone thinks they know him. But mostly, he just kind of shows up and starts talking. That doesn’t make me crazy, does it?!

Can you tell us what (if) you’re currently reading?

I’ve always wondered this with books I’ve read and I think you’re the perfect person to ask this. When you mention a song in one of your books. Do you have to either listen to it or are you currently listening to it while you’re writing?

It depends on the book! For my Red Sun Rises series, the books had a playlist, which was just a general playlist I used when writing – so they inform the books, in a way, but they weren’t really in the book. Fake It was different, because music was such a big part of the book. Each chapter in Fake It has a song at the start – those songs are really strongly linked to the events in that chapter, so ideally, I’d like readers to be listening to those songs but it’s not necessary. What’s great about music is that it’s so subjective, if my readers “hear” something else when reading Fake It, that’s awesome!

What were you like in High School and what’s the biggest lesson you learned that you’ve taken with you throughout your life?

I was bullied a lot in high school! I was really into rock music, so for the majority of my time in high school, I was an outsider. I even got beaten up for wearing a Nirvana hoody to school. When I turned 16, bands like My Chem and Fall Out Boy were really popular, so all of a sudden I was “cool” instead of being considered a weirdo – but I never felt like I fit in. That’s why I write about outsiders, I can personally relate. The biggest lesson I learned in high school was to always be myself, no matter what it cost or what people thought about me. At the end of the day, I had to be happy by myself, and being honest with myself was the only way to really do that.

I’m keeping busy! I’ve just set a release date for Struck: The Lightning Project Book 1, which is the first book in my LGBT YA superhero series. Then I’ll be returning to the Red Sun Rises universe for Jasper Hart: Shadow Killer, a spin off from The Red Sun Rises Series. After that, I’ll be swinging back round to Jack, JJ and Forever Fading Echoes for Take It, the next Keswick Chronicles book! Oh, and I’m working on a Red Sun Rises screenplay and the Fake It audiobook, because I’m not happy unless I have a million things going on haha.

Thank you, Victoria. This has been wonderful.
Thank you!

Victoria is doing a Fake It Swag Pack! A Fake It swag set which would include a
signed poster, mini prints and a key ring.

It's an international contest so anywhere you live, you can enter!

Contest will end on March  March 25th. Winner will be contacted
via email, please check your spam. You'll have 48 hours to respond. If we
don't hear from you in that time a new random winner will be selected.

I want to thank Victoria for being here today. Check her out!!!