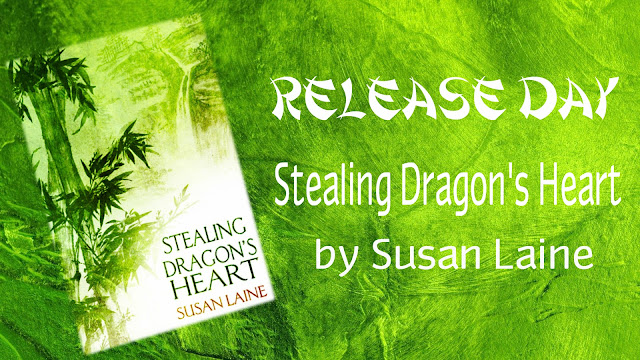 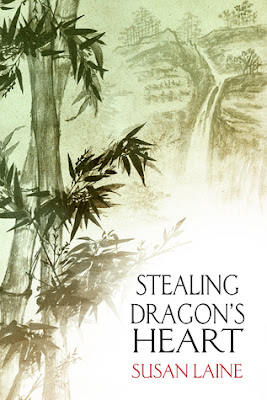 
A Lifting the Veil Story

Notorious master thief Finn Grayson is hired to break into a high-class skyscraper in New Shanghai and steal a priceless artifact known as the Shard. But someone’s gotten to the Shard first—and the penthouse suite turns out to be a dragon’s lair.

Cameron Feilong, Guardian of the Earth Shard, is ancient enough to realize that he and his unbidden guest are being used like puppets on a string. Forming a shaky alliance is the only way for them to survive and to stop their ruthless foes.

Unfortunately, Finn and Cam seem to be forever one step behind. To learn more about their clandestine enemy, they travel together from walled Asian cities, barren tundras, and underwater temples to secret paranormal clubs and legendary elvish cities rising high in the trees or buried deep under glaciers. Finn and Cam must learn to trust each other before it’s too late, for bringing together the five Elemental Shards will spell the end of the world.

When Chi Wen let out a surprised gasp, I understood perhaps Cameron’s approach had been a wise one after all. “Whose murder?” The tension in his voice grew thick in the room.
“Mine,” I supplied, wanting to contribute to the discussion even to a small degree and perhaps to show him I was better than him by rising above his snide remarks.
“The Earth Shard has been taken,” Cameron said. His voice quivered ever so slightly with regret and self-recrimination. That annoyed me since there’d been nothing he could have done differently. We’d both been betrayed. It wasn’t his fault. If anything, it was mine. I’d distracted him from his solemn duty and made it possible for the Shard to disappear. It was my turn to get wrapped up in remorse and guilt.
This time when Chi Wen growled, I recognized the sympathy and righteous fury there. “Griffin?” he asked for confirmation. I heard no response from Cameron, but he moved a bit, so I assumed he’d nodded in agreement. “My brothers and I would never harbor human criminals in our establishment. A theft from a dragon is bad enough; stealing an Elemental Shard is an unforgivable offense. No one here would be that stupid, reckless, or evil.”
“Nonetheless my sources tell me he’s here,” Cameron said smoothly, casually hiding my role in all this. “You know as well as I that the Shard must be recovered. What harm is there in having a look around?”
I could sense Chi Wen’s hesitation, his conflict within. Since I couldn’t see anything in the tavern, I assumed this place did cater to the seedy underbelly of the mythical world. And the proprietors wanted to ensure their safety and anonymity.
Still, every second we wasted arguing was a second we wouldn’t get back without a time machine, and I started to get antsy.
Someone, or something, sniffed behind me. I went stiff in a sudden burst of fear and adrenaline. I’d never realized how much I depended on my sight until now I had none.
“What’s behind me?”

The main characters of this story are thief extraordinaire Finn and Cameron, a rare breed of half dragon half elf.
This was an enemies to lovers book. And then it was so much more. Finn comes to Cameron's lair to steal something important. Cameron isn't thrilled and of course shows Finn a bit of karma. In the midst of all that the thing Finn came to take, gets stolen.

Cameron and Finn have a slow burn romance. But what a romance they have. Their intimacy was poetic and filled with breathtaking emotion. They were like a dance. Sex scenes become monotonous at times but Susan really kept them engaging. No I never wanted to skim. I was very much involved in their moments.

This is also a very suspenseful book, nail biting at times. The characters really were flawless. Finn with his strong will and determination made him just as magical as Cameron.

Susan took this paranormal romance to new and genius levels. The creativity behind these characters and plot were amazing.

Want to win a copy of Stealing Dragon's Heart? All you have to do is enter the rafflecopter below.
Contest will end on March 8th. Winner will be contacted via email so please check your spam!
Thank you!


a Rafflecopter giveaway
Posted by Diverse Reader at 4:56 AM