Once again I bring you Random 5. These are 5 random books I’ve read and loved so much I want to bring them to the surface again! If you haven't read them I highly recommend putting them on the list. At the end of this post is a giveaway to win one of these fabulous reads! 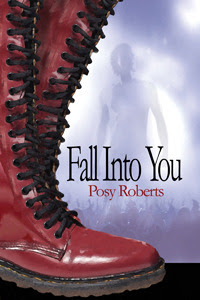 Fall Into You by Posy Roberts

Ever since his black nail polish high school days, Thomas Schultz has seemed like a carefree, uninhibited wild child, in stark contrast to Simon’s shy, cautious nature. Now, from behind the safety of his hotel bar, Simon must watch, distracted, as Thomas becomes a shirtless rock star for every wedding reception they work. But when Thomas slips him the key to his hotel room, Simon enters a world where the fine line between hate and attraction becomes blurred, and finds more than he ever knew he wanted.

In the social upheaval of the 1980s, love is no picnic. The AIDS epidemic has reshaped the way people think about sex, and the discontent of Generation X drowns out any love songs. Despite the uncertain times, Simon finds himself falling in love. But when Thomas’s band makes it big, the simple act of keeping in touch across the silent miles becomes an obstacle all its own. 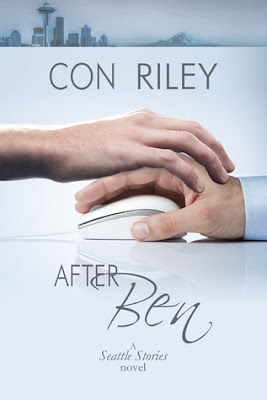 After Ben by Con Riley

A year after the sudden death of his longtime partner, Ben, Theo Anderson is still grieving. The last thing he's looking for is a new lover. But as Theo soon discovers, sometimes life has other plans.

While Theo experiences a powerful physical attraction to fellow gym member Peter, it's his new online friend, Morgan, who provides the intellectual challenge to make him come alive. Morgan is witty, brave, and irreverent, and Theo is ready to take the plunge... until he discovers Morgan might be half his age.

Theo's late partner was significantly older-enough to strain Theo's relationship with his family-and the potential of another relationship being cut short leaves him gunshy. Theo needs to lay Ben's memory to rest, reconcile with his family, and rekindle neglected friendships if he's to start afresh with a new lover. But Theo isn't the only one with a past.

His biggest challenge, in living after Ben, might not be his to face. 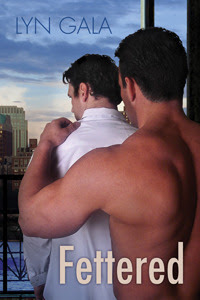 Dylan’s teacher—for want of a better word—is the very dominant Vin Hauser. Vin likes to play hard, but he’s honest with himself—he knows all those men want is a strong hand, not a long-term relationship. Yet Vin can’t help but hope Dylan might be different.

With controversy over his brother’s sins stirring up danger around him, Dylan needs Vin’s support more than ever. But until he and Vin learn to trust each other, Dylan will have to face his fear and the growing threats alone. 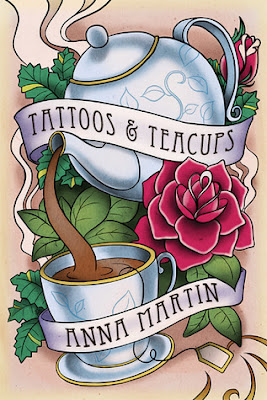 As a teenager, Robert McKinnon left his native Scotland and moved to America. That was sixteen years ago, and Professor McKinnon has never quite settled in his new home or found his place this side of the pond. He might be prematurely old, but he has his cat, and his books, and that's all he needs.

Then Chris Ford explodes into Robert's life with a crash of cymbals. The younger man is the polar opposite of Robert's calm civility. Bright tattoos cover his skin, and he wears his hair in a Mohawk and plays drums for a rock band. But he's a shot of color in Robert's black-and-white world, and Robert turns out to be the one thing Chris can count on. Despite all the reasons it shouldn't work, somehow it does.

Even if Robert wasn't looking for love especially not with someone nearly ten years his junior he can't deny being with Chris is fun. But sometimes Chris's free-spirited nature leaves Robert feeling vulnerable. If they can't find a balance between tattoos and teacups, their relationship won't survive and neither will Robert's newfound lust for life. " 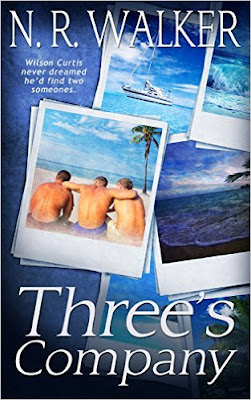 After being publicly outed and his restaurant business in tatters, instead of vacationing with his lover, Wilson Curtis goes to Key West alone where he meets Simon and Adam. Fascinated by this couple, he strikes up conversation and is soon invited into their bed for some holiday fun.

But once isn't enough, and the offer is extended for the remainder of his stay. As they get to know each other, in and out of the bedroom, sparks fly and ten days is all it takes to change their lives.

When it comes time for Wil to leave, with outside tensions closing in and time running out, tempers flare and emotions fray. Beneath the misunderstandings and lack of communication is the realisation these three men aren't ready to say goodbye.

Reader Advisory: This book was previously released at another publisher. It has been revised and re-edited for release with Totally Bound.

GIVEAWAY
Want to win one of these books? Enter the rafflecopter below!
Contest ends on March 21st! Winner will be contacted via email
Please check your spam.


a Rafflecopter giveaway
Posted by Diverse Reader at 5:29 PM