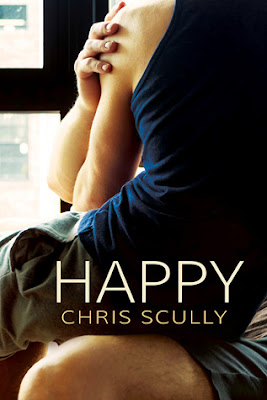 Growing up Greek-Canadian, Peter Georgiou always knew his duty was to his family, for whom twenty-first century rules don’t apply. In his early thirties, Peter still lives at home, dates who his parents tell him to, and works at the family restaurant. But watching his two best friends find happiness in each other’s arms has made him worry over his destiny.

When Louie Papadakis returns home to nurse his broken heart and start a new life, he can’t believe his sister is dating his high school crush, Peter. There’s a sadness behind Peter’s eyes that draws him in, and a chemistry he wishes he could ignore. After his closeted ex broke his heart, Louie is afraid to fall in love again, especially with a man who's keeping secrets.

As Peter finds himself drawn to Louie in unexpected ways, old and new worlds collide. Then a family crisis forces Peter’s hand, and he must decide if he’s willing to sacrifice his happiness for family duty.

I want to start off by saying I really enjoyed Chris’ writing style. The plot was great, the characters were likable –for the most part, we will get there in a moment- and the ensemble was terrifically written. I often feel secondary characters are equally as important as MC’s. They are like the buildings in NYC. It’s really not a city without them.

This is a second chance story. A friends to lovers tale. The buildup for Pete and Louie to turn their solid friendship into something more was so interesting and sweet.

Peter gave me some issues. Most I truly understood. He’s trapped in the family business, desperate to please his parents. He’s confused and sexually frustrated. The storm in his head is pure chaos. Where Peter is closeted and happy to stay there if it keeps his folks happy. Louie is out and proud and loud. Louie’s return home is after a break up with a guy who was closeted so though he truly likes Peter and wants more. He’s not ready to jump back into the secrets bin. Peter is very dramatic, overly so. He makes things worse than they have to be and his lies exacerbate the situation. That’s really my only complaint. It, at times, made Peter unlikable.

This is a slow burn, sweet love, hopeful story though. It really does make you feel happy in the end.

Enter the monthly release day review giveaway. It ends March 31st
Winner will be contacted via email so check your spam!!


a Rafflecopter giveaway
Posted by Diverse Reader at 11:13 AM