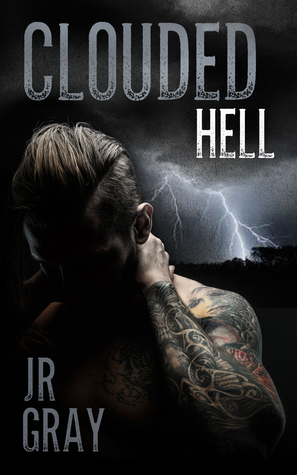 I survive on avoidance. Physical pain to avoid the mental. Disposable flesh to avoid relationships. Work to avoid attachment. My club became my empire of avoidance. Inside the ring millions are won and lost. The fight is confined to breaths, actions and reactions, fists and pain. Rules don’t exist. Only my opponent exists.

I’d been avoiding my needs for far too long when Remi stumbles into the Inferno and I’m hungry. The promise of a submissive with no attachment is far too tempting. I can’t resist him. He was only supposed to be a distraction, but I know I'll never get over him. There isn't a chance in this clouded hell.

If I hadn't seen the video of the fight, I wouldn't have believed it. I clicked the button on my laptop to rewind it, to see the way his body moved. I gripped myself through my shorts and glanced over at Kai. He was busy inking a full back piece, and I doubted he'd even take a break for another hour. He couldn't see me from where I sat. It would be so easy.
I trailed my fingers over the places Dante had left marks. I could almost taste them, even if the bruises had faded. I'd looked at them in the mirror over my bed and fucked my hand every night since I'd left. I groaned as I slipped my hand into my shorts.
I squeezed my shaft, digging my nails into the sensitive skin. I had to bite back a hiss of pain. Kai could easily walk out and see me. The rooms in the shop were three-quarter walls to divide the space with wide open doorways. Maybe I wanted to be caught. I kicked my feet out, watching a bead of sweat drip down Dante's neck. When he threw a punch his muscles tightened, and it took me back to him swinging his belt. The sound of his fist hitting flesh was close, so close, to the way the leather sounded against mine.
I shouldn't be imagining him touching me, but it was impossible not to. I wanted his hands on me. I wanted him to mark me with them. I was hit with the sudden realization he'd been acting when he was in the ring with me. He hadn't even gone at half speed. He was a monster when he fought. It took every ounce of self-control I had to keep from getting up and into my Jeep to drive to the airport.
I used my free hand to unbutton my shorts and slide down my zipper, freeing my cock.

Never expect a fairytale when it comes to JR Gray. If you come looking for it you’ll be disappointed every time. Clouded Hell is pretty much exactly what it sounds like. First it’s like tough skin, then soon it's bruised, then slashed, then ripped open. Stick around a little while longer and concrete shrapnel will be shoved into the healing gash and kept there for all eternity.
Now if you think this is a negative review than you’ve never read a JR Gray book. This, I believe, was his goal. Yes, to a degree it’s a love story. A love story for two very broken men. Life isn’t easy and that’s the reality of things. Remi and Dante haven’t lived the lives of saints but that of sinners and have paid the price. Even though when they are with each other it’s like heaven and hell all wrapped into one. They are supposed to be together.
There’s somewhat a finality to this story and yet it’s open for more if JR chooses to expand. Remi and Dante seem happy for now but there is a lot left unsaid, undone, and a lot of healing needed.
This is a gritty tale a brutal beating for the heart and soul. It’s a mental carnival, and Remi and Dante are very intriguing and I’d love to have sessions with them to see how they tick.
JR has used his talent and written a wonderful story that will test you on many levels.

JR Gray will gift one person a copy of Clouded Hell
Simply fill out the rafflecopter below.
Contest will run until  April 4th
WInner will be contacted via email so please check your spam.
You'll have 48 hours to respond to the email. after that time we will select another at random.
Thank you!