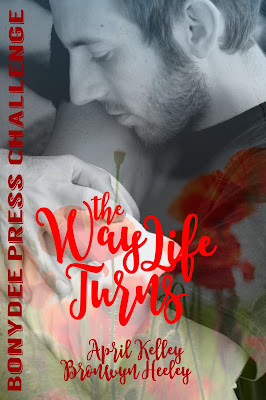 What happens when two men are in very different places in their relationship?

Almost from the start of their relationship, Jonah was in love with Scott. Scott doesn’t share that same sentiment. Jonah finds out exact how Scott feels about him the hard way, when he sees Scott in a compromising position with someone else. How they react becomes the challenge two authors have set out to solve. Will there be forgiveness or misery as Jonah reacts to what Scott has done?

He had his head down and didn’t lift it when he heard a horn beep. That was a common enough sound in the city and didn’t necessarily mean it was meant for him.
It wasn’t until he heard his name shouted that he looked up. Scott had the window down on the passenger’s side of the car.
“What are you doing, babe? Need a ride somewhere?” Scott asked.
Jonah hesitated. The only thing that was going through his mind was the picture of Scott with his condom-covered cock waving around like a damned flag as he tried to explain himself.
How were they supposed to come back from that? It seemed impossible to start dating again. If Jonah could erase what happened from his memory than he would, but it played like a fucking tape recorder in his mind and made him look at Scott differently now.
“Naw, I’d rather walk,” Jonah said. He watched as Scott’s window went up. He sighed and turned, walking away from his ex-whatever-the-hell-they-were. Ex-friend probably described them best. After all, they’d been friends for several years, from school years, before they decided to start dating. Why the hell they decided to date was anyone’s guess. Jonah was stupid to have even started something with Scott because now he’d lost one of his best friends just as he was starting to fall in love with him.
“Wait up, Babe,” Scott said from behind him, right before a car door slammed shut. He thought their little morning after encounter was finished. Seeing Scott so soon after what Jonah was starting to refer to as the incident was too soon.
Jonah stopped long enough for Scott to catch up with him.
“I was coming to your apartment to see you,” Scott said as he walked beside him. Scott held his hand out, silently asking Jonah if he could hold his hand. Jonah shook his head and shoved his hands even further in his pockets. Scott sighed.
“I wasn’t home.”
Scott didn’t say anything for the longest time. The silence was uncomfortable as they turned the corner toward the small café.
“I thought we could talk this morning. Clear up this mess we created,” Scott said as they got to the café.
“The mess you created, you mean.”

What is a BonyDee Writing Challenge?
I think it’s best to answer this question by just letting you in on Bronwyn and my conversation. We talk almost every day, despite the 14 hour time difference and the fact that were on the other side of the world from each other. Some of our conversations go like this:

Bronwyn: I have an idea for a book. Want to help me write it.
Me: Of course.
Bronwyn: LOL It’s about cheating.
Me: Ugh (Here I’m thinking why did I just agree to write a cheating book)
Bronwyn: We’ll write a prologue and then each of us will finish the story on our own.

So we do and this is the conversation after the initial writing was finished.

Bronwyn: What’s a solstice?
Me: It has something to do with the 4 seasons.
Bronwyn: Yeah, we have a festival for winter solstice. That would be fun to write about.
Me: Yeah, we both should and not tell each other what we’re writing about. We’ll keep it secret and see how different each story is at the end.
Bronwyn: So I didn’t read your half of the story before I wrote my own.
Me: Challenge!

So our conversation can be a little backwards sometimes, as you can see. But you get the point. A challenge was born and a brand new book was upload to all the important internet sites.

Now, we have the start of something that we would like all of you to participate in. Below is an official Welcome to the Challenge from BonyDee Press:

The premise: We gave two very different authors the same prologue (The Challenge), cast of characters, and a deadline.

Our Reason for the Challenge: We want to celebrate diversity. As a publisher that focuses on the LGBT+ genres, we wanted to make a clear statement that the differences in people are something we embrace here at BonyDee. What better way to do that than through the stories we love to read.

We invite you to celebrate with us! 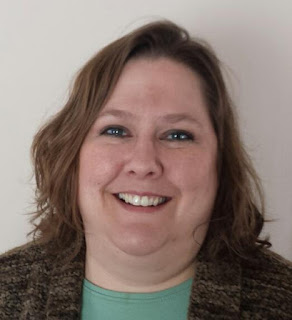 April Kelley
Living in Southwest Michigan, April resides with her husband and two kids. She has been an avid reader for several years. Ever since she wrote her first story at the age of ten, the characters in her head still won't stop telling their stories. If April isn't reading or writing, she can be found
outside playing with the animals or taking a long walk in the woods. If you wish to contact her, email authoraprilkelley@gmail.com. Please visit her website at authoraprilkelley.com 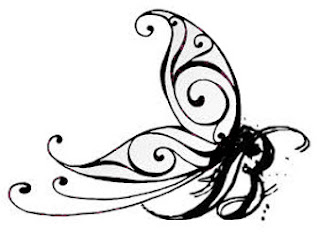 Bronwyn Heeley
I'll show you mine, if you'll show me yours... da da da da dum, author of MM romance

A backlist book of winner choice from both authors collection