Promotional Post: Is This Desire? by R. Paone #Excerpt #Giveaway 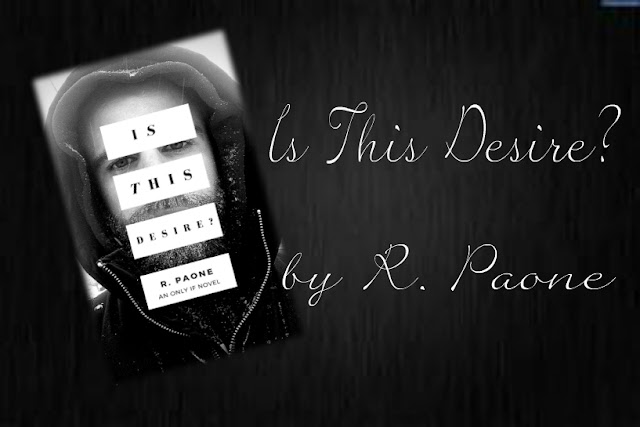 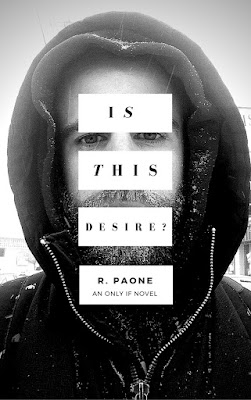 He said, "Never stop."
I said, "Never will."Devastated by the realization of Mitch’s misgivings, Robert has cast himself aside unable to process his current reality. Exposed to a love that is debilitating but also rewarding, he must now face the consequences of secrets, addiction, and desire if he is to continue forward with his heart and disregard his doubts.Sooner or later, Mitch reappears in Robert’s life unable to break away from what he feels deep within as he questions the bond between them both. It is a domineering bond that could break at any moment by the forces meaning to keep them apart no matter what. “Is This Desire?” documents the continuing story of a flourishing love as it grows at an increasing speed. As Robert faces Mitch’s demons, Mitch himself must reclaim his independence and sanity if they are ever to be together. 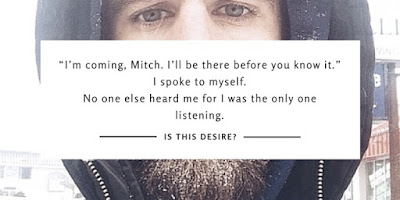 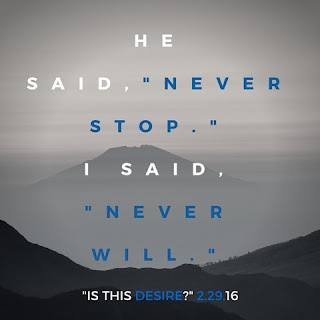 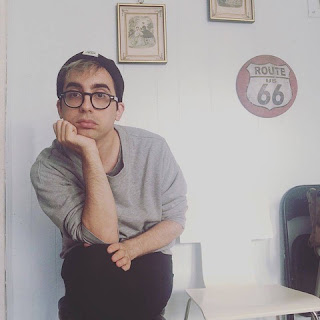 Bio: R. Paone is the author of LGBT fiction, coming of age, and contemporary romance including the ongoing “ONLY IF…” Series. Writing is his passion as his stories stem from real life experiences and real moments of love. A writer for the last fifteen years, he started working on his first full length novel in June, 2014. That novel slowly transformed into “Love is Found,” Part One in the “ONLY IF…” Series. He currently resides in New York City. When he isn’t writing, you can find him getting lost in bookstores, a movie theater, or jamming out to music of the 90’s.

Other books in this series

Days Before You Came (Only If: Beginnings Book 2) 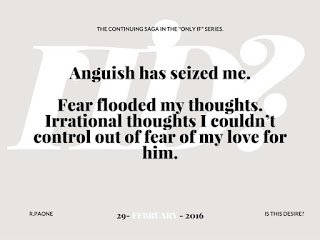 E-Book Bundle of all my releases! (4 Books total!) (MOBI or EPUB)
Contest will run until March  9th! Winner will be contacted via
email so please check your spam!