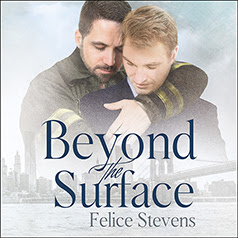 On 9/11, firefighter Nick Fletcher’s world changed forever. He's unable to rid himself of survivor’s guilt, made worse by the secret he hides from his family and co-workers. Nick's life is centered around helping burn victims, until he is reunited with the man he’d once loved but pushed away. Now he has a second chance at a love he thought lost forever.

Felice will gift one person a $10.00 Amazon gift card
to enter just fill out the rafflecopter below
Contest will end on  April 4th
Winner will be contacted via email