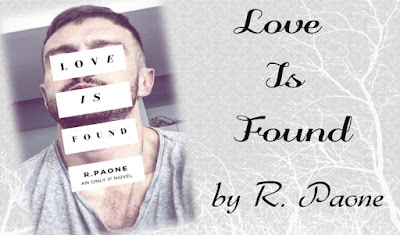 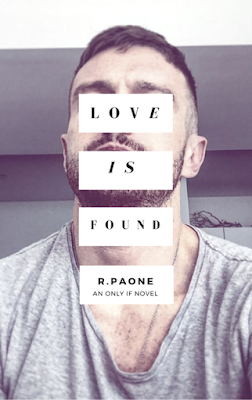 
Love is Found pre-order/order: Amazon
Goodreads: Check it out

Synopsis:
“Love is Found” is the moving story about coming-of-age in suburban New York and discovering the broad concept of sexuality and love. Based on true events of love, the story’s protagonist, Robert, finds himself thrown into the realization that upon entering graduate school he is beginning a new chapter in his adult life. Comfortable with being gay, he yearns for love but dwells on the ideal of being alone while being consumed by the world of academia. Upon starting a new job he meets a coworker, whom he begins an unlikely relationship with considering this man identifies as straight. When sex is introduced and emotions run amok, the routine of Robert’s life is thrown into chaos with unexpected outcomes. Little does he know if his heart can survive the overwhelming desire and how this man will alter the course of his life just not now, but for the next decade.

He was quiet. Dead quiet.
“Are you?”
“I don’t know what I am into, to be honest. I really have had passing thoughts about guys sometimes when I jerk off, stuff like that. I never made any effort to act on it ever, I swear.” There it was again. That look of total defeat in his eyes. He propped himself up on his hands and knees resting his forehead down on them.
Part of me was beginning to feel accusative and prying. I had to remind myself that this was not about his sexuality but the concern of his actions involving me in them, as I had as much to lose in this situation whether he noticed it or not. I started to think I was being harsh and felt guilty because I didn’t want him to think off the bat I was questioning what he was attracted to. I didn’t want to do that. That wasn’t why I was here.
“Listen-“ I moved in closer, hesitant. I put my hand on his back. I could feel slight dampness beneath the cotton. He was sweating. He was heaving. He was crying. “Mitch, look at me, are you okay? It’s going to be fine. We can move past this.”
Just when I thought I was going to be on the receiving end of not being able to control my emotions, here was this grown man crying in front of me. I was feeling so many different sentiments right now. Reluctant I started to rub his back going back and forth between pity and future for what hurt he was feeling. He pulled himself up from his lap trying to catch his breath.
“No, it’s not going to be fine. I am a fucking mess, can’t you see that? I’m going to be 28 soon and I can’t figure out if I am even straight or bi or whatever. To make matters worse I’m not only dragging my clueless girlfriend into this shit storm, but also you for whom I just met almost two weeks ago.” He sat up as tears streamed steadily down his face running through his dark stubble. “That night when I kissed you, Robert, it didn’t feel like a mistake or that was wrong. It almost felt like I was making the right choice by taking the chance to get you closer until you pulled away from me. That fucking terrified me. You tearing yourself away from me.”

Other work from R. Paone 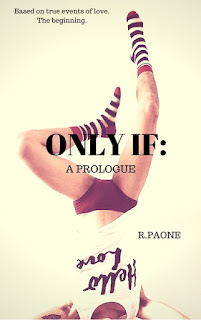 Read the fully, unedited version of the prelude to the "Love is Found," the first novel in the ONLY IF series. The piece first appeared in the fifth issue of "Hello Mr." For more information, please visit: www.hellomrmag.com.

Based on true events of love. The beginning.

What happens when one meets another that sets in events that will resonate for the rest of their lives? This is where the story starts. 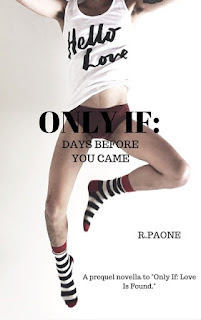 Days Before You Came: An "Only If" prequel novella.

Robert had weeks to prepare for the next big step in his life. That was graduate school and there was plenty to worry about. Before love, there was school. Before having time, there was no free minute to think.

Before Mitch, he didn't find love.

This is the starting line. 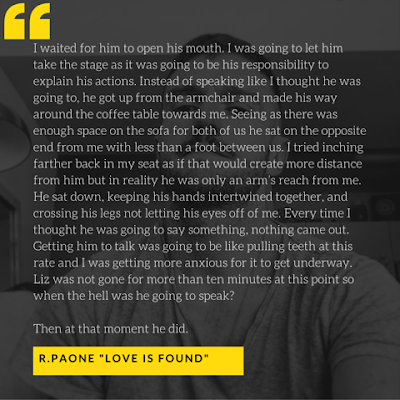 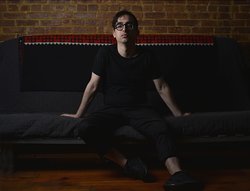 R.Paone started on this writing journey in June, 2014. From events that were beyond his control, he decided to start this new path in his life before my 30th birthday. It has been quite the journey mapping out this story arc. He has learned so much writing a novel in that it has been therapeutic and also eye opening as it evolves. He hopes everyone will enjoy what is to come from the "ONLY IF" series as I want this to be something anyone could reach for and say "that could happen to me." Stay tuned! Three fun facts about him is: he live in NYC, has a vast horror movie collection and has a great appreciation for Enya.
Author Links:
www.hellorocco.com
www.facebook.com/rpaoneauthor
twitter: @roccosaidhi
instagram: @hi_rocco

Free copy of “Love is Found” & $5 gift card.
Contest runs until November 20th!
Enter the rafflecopter below. Winner will be
contacted via email so be sure to check
your spam!