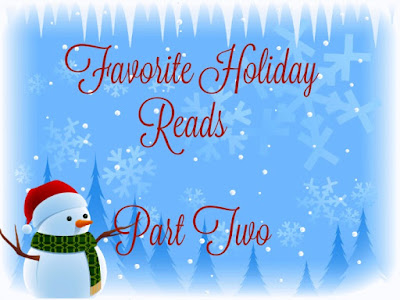 It's time for Part Two of Favorite Holiday Reads. I asked the MM Book Rec Group on Facebook to tell me what their favorite holiday reads were. I got one heck of a list. So many that I have to break it down. Part One has already posted and you can Read It Here. Now it's time for part two my friends. So let's get this party started. 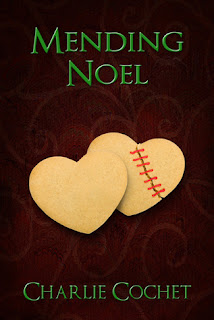 All is not sparkly snowflakes and sweet candy canes in North Pole City. Office workers Tim and Noel do nothing all day but antagonize each other—petty fighting that might be based on hatred… or a heated mutual attraction. It’s up to Jack Frost and his elf-friend Rudy to broach the hostilities and introduce some Christmas kisses, but is the Frost Prince up to the challenge of launching a new romance when someone’s trying to break his holiday spirit? 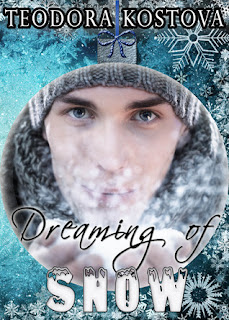 It’s been a year since Adam and Penn moved in together, and they’ve settled down into their comfortable new life together.

Only...not everything is as perfect as it seems.

Penn is a bit bored after quitting his job at Queen Victoria, and Adam can’t seem to find inspiration for his latest film script.

Only...not everything is as perfect as it seems.

When Jared invites Adam and Penn to spend the holidays with them in Malmö, Adam reluctantly agrees. But the two weeks filled with Christmas shopping, delicious food, fragrant wine, playing in the snow and, most importantly, spending quality time with their closest friends, proves to be exactly what everyone needs. 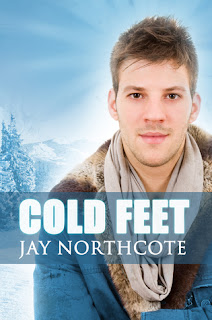 Best friends snowed in together. When the heat rises, will they get cold feet?

Getting snowed in at a remote cottage in Wales with someone he’d fancied for ages isn’t exactly how Sam expected to spend Christmas. His feelings for Ryan are pointless. Ryan’s straight—or so he thought.

Until now, Ryan’s kept his feelings for Sam buried. Why ruin a friendship over what might only be gay experimentation? Playing it cool seems safer, until a cold snap makes sharing body heat vital. In their Welsh safe haven, anything seems possible.

As Ryan’s reserve melts away, Sam wants more than stolen kisses under the mistletoe. But a sudden thaw means making decisions. They could face the New Year together—unless one of them gets cold feet. 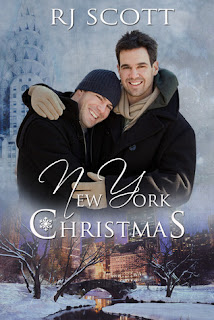 Can a New York cop and a teacher find love in the city at Christmas?

It's been far too long since Christian Matthews has seen Daniel Bailey. In fact the last time they met was in college.

Seven years down the road, Chris is licking his wounds after being 'asked to leave' the private school where he was teaching. He has no job, no money, and has to rely on his friend Amelia for a job and a room to live in. He needs a freaking Christmas miracle to make this Season anything other than a total loss.

When Daniel comes back into his life suddenly everything seems possible. Not only is Daniel still the man Christian wants more than anything, but this time Chris may well actually tell Daniel how he feels. 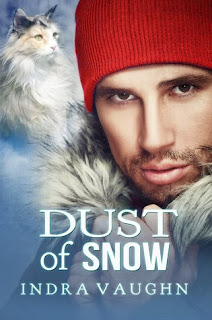 Dust of Snow by, Indra Vaughn

'T is the season. Greg's nights are silent and his bells don't jingle. This time last year his boyfriend broke up with him, and he's determined to get through these holidays with only minor bruising. So what if he lives with a cat and his best friend is his mother? Peace and quiet: that's life how he likes it. Nothing is going to blindside him this year, no sir. Especially not a rogue secret Santa. 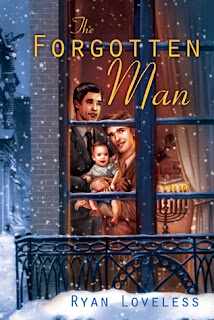 The Forgotten Man by Ryan Loveless

In 1932, after Captain Joshua Pascal’s family loses its fortune, the Great War veteran’s sense of duty compels him to help his mother convert his childhood home into a Jewish boarding house. He’s lived openly as a homosexual among his friends, but now Joshua must pretend to be a “normal,” and hiding his nature is a lonely way of life. But in the middle of Chanukah, Joshua meets Will, a street musician with a ready smile, and wonders if he might deserve a chance at love.

During the cold December nights they find comfort in each other. But the specter of the workhouse and the possibility of family and personal ruin hang over them, making their every move dangerous. Which would they rather lose: their lives as they know them... or the promise of a future together? 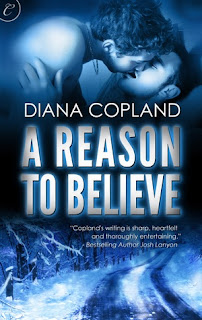 A Reason to Believe by Diana Copland

Detective Matthew Bennett doesn't believe in ghosts. So when the spirit of a murdered child leads him to her body, he's shaken to the core--and taken off the case. Unable to explain his vision, or to let go of the investigation, Matthew turns to renowned medium Kiernan Fitzpatrick. Though he has doubts about Kiernan's claims to communicate with the dead, Matt is nevertheless drawn to the handsome psychic, who awakens feelings he thought were long-buried.

Haunted by the lingering spirit of the little girl, Kiernan is compelled to aid in the search for her killer. The chance to get closer to the enigmatic Matt is an unexpected bonus. Although Kiernan's been betrayed by people who turned out to be more interested in his fame than in himself, with Matt he's willing to risk his heart. As the two men grow closer, Kiernan helps Matt rediscover that life offers no guarantees--but love offers a reason to believe... 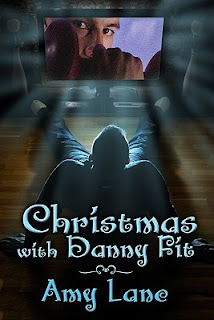 In a perfect moment of cold November sunshine, pudgy accountant Kit Allen realizes Jesse, his new office assistant, is everything he's ever dreamed about in a man. Feeling supremely unworthy and desperate to get a life—even an imaginary one—Kit embarks on a self-improvement campaign featuring DVD fitness guru, Danny Fit.

In the meantime, Jesse has begun a subtle campaign of his own, one designed to bring Kit out of his DVD dream world and into Jesse's arms. Jesse isn't perfect—he's no Danny Fit—but he hopes that the kind, funny man who has been looking at him so soulfully since his first day at work has what it takes to be everything Jesse has always wanted. 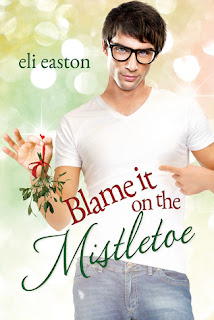 Blame it on the Mistletoe by Eli Easton

When physics grad student Fielding Monroe and skirt-chaser and football player Mick Colman become college housemates, they’re both in for a whole new education. Mick looks out for the absent-minded genius, and he helps Fielding clean up his appearance and discover all the silly pleasures his strict upbringing as a child prodigy denied him. They become best friends.

It’s all well and good until they run into a cheerleader who calls Mick the ‘best kisser on campus.’ Fielding has never been kissed, and he decides Mick and only Mick can teach him how it’s done. After all, the physics department’s Christmas party is coming up with its dreaded mistletoe. Fielding wants to impress his peers and look cool for once in his life. The thing about Fielding is, once he locks onto an idea, it’s almost impossible to get him to change his mind. And he just doesn't understand why his straight best friend would have a problem providing a little demonstration.

Mick knows kissing is a dangerous game. If he gives in, it would take a miracle for the thing not to turn into a disaster. Then again, if the kissing lessons get out of hand they can always blame it on the mistletoe. 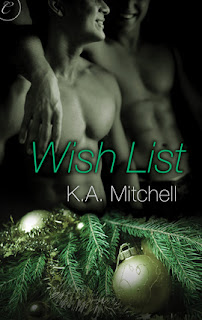 There's so much Jonah Kendrick hasn't tried, and so much he wants to explore. But just before Christmas he finds a ring box in his boyfriend's desk. Jonah panics. He loves Evan and their sex is hot, but how can Jonah be ready for forever, when there are so many items on his Naughty Bucket List? Desires that might drive Evan away.

Evan's noticed Jonah has been distant. His usually talkative and cheerful boyfriend is preoccupied. The seemingly straitlaced Evan stumbles across Jonah's wish list of sexual kinks, and Evan realizes he may not have to hide his true nature from Jonah after all. The Dom in him wants to see Jonah on his knees, begging, submitting, but Evan isn't sure Jonah's ready to accept what being Evan's sub would mean.

The two lovers must figure out how to share their hidden desires with each other before their secrets permanently damage their love.

Posted by Diverse Reader at 4:14 PM