COVER REVEAL: He's Behind You by Rebecca Cohen #Giveway 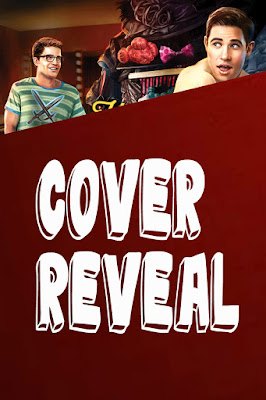 He’s Behind You by Rebecca Cohen 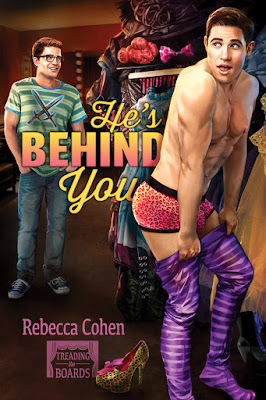 Blurb: A Treading the Boards Novella
It’s panto season for the Sarky Players, an amateur dramatics society based in Greenwich, South London. With the traditional Christmas play around the corner, it’s time to get ready for more larger than life performances—on and off stage.
While Craig Rosen is happy with his quiet life playing Warhammer and working in a university lab, a new colleague thinks he needs more excitement and drags Craig along to an audition for the Christmas pantomime, Aladdin.
Corporate lawyer Jason Carter accepted he’s gay a little later in life than most, but now divorced and in his late thirties, he’s ready to embrace who he really is. He can’t believe his luck when he runs into Craig at the audition and the cute younger man agrees to help him navigate his new life. There’s no doubting the attraction between Craig and Jason, but with Craig’s insecurities and Jason still finding his way, they’ll need to make sure they don’t veer off script.

Bio and Links:
Rebecca Cohen is a Brit abroad. Having swapped the Thames for the Rhine, she has left London behind and now lives with her husband and baby son in Basel, Switzerland. She can often be found with a pen in one hand and a cup of Darjeeling in the other.
Blog: http://rebeccacohenwrites.wordpress.com/
Twitter: https://twitter.com/R_Cohen_writes
Facebook: https://www.facebook.com/rebecca.cohen.710
DSP author page: http://www.dreamspinnerpress.com/store/index.php?cPath=55_462
Amazon author page: http://www.amazon.com/Rebecca-Cohen/e/B007UEFIXS/ref=ntt_athr_dp_pel_1


a Rafflecopter giveaway
Posted by Diverse Reader at 2:24 PM