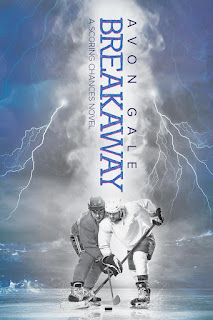 
Drafted to play for the Jacksonville Sea Storm, an NHL affiliate, twenty-year-old Lane Courtnall’s future looks bright, apart from the awkwardness he feels as a gay man playing on a minor league hockey team. He's put his foot in his mouth a few times and alienated his teammates. Then, during a rivalry game, Lane throws off his gloves against Jared Shore, enforcer for the Savannah Renegades. It’s a strange way to begin a relationship.

Jared’s been playing minor league hockey for most of his career. He’s bisexual and doesn’t care if anyone knows. But he’s determined to avoid another love affair after the last one left him devastated. Out of nowhere a one-nighter with rookie Lane Courtnall gives him second thoughts. Lane reminds Jared why he loves the game and why love might be worth the risk. In turn, Jared hopes to show Lane how to be comfortable with himself on and off the ice. But they’re at different points in their careers, and both men will have to decide what they value most.

They split a basket of the steaming-hot chicken things, and Lane had two more beers. He wasn’t drunk, but he was tired, and it occurred to him that the reason Jared was still in town was because they had another game the next day. That was the thing about the ECHL. They liked to schedule back-to-back games on weekends. Their Sunday game was a matinee too, which meant Lane was pretty much fucked all around.
“I have to go back,” he said, and Jared nodded and grabbed his wallet. Lane was paying too much attention to Jared’s fingers. They were long and almost slender, not the kind you’d expect to find on a hockey enforcer. Jared caught him watching and made some joke about “I already helped save your career, kid. You think I need to buy you dinner, too?” Lane blushed hotly and reached in his pocket for his money.
“You’re all right,” Jared told him while they waited for an opportune time to stupidly dash across the interstate. “I’m not going to be nice to you on the ice tomorrow or anything. I expect your defensemen to step up and…. Are you okay?”
Lane was not okay. He kept blinking and looking at Jared’s eyes, sucking idly on his lower lip—which was still sore—and thinking about all the things he wanted that he couldn’t have. “Sure. I’m fine. I’m not used to being drunk twice in one day.”
Jared gave a short laugh. “You say the weirdest things. Come on. Let’s go. Don’t fall or anything. This would make the stupidest obituary ever.”
Lane nodded, looking with determination at the road. “Tell me when,” he said, and he could feel Jared watching him, but he didn’t look over. He kept his gaze firmly on the glowing Econo Lodge sign until Jared said, “Okay. Now.”
They dashed across the road, and it was fine. There wasn’t a single car, but it still made Lane breathless, like he’d done something exciting—something forbidden. Like fighting Jared Shore, or climbing on top of Derek Bishop and kissing him in his bedroom.
They kept running—through the front doors of the hotel and into the lobby—all the way to the elevator. Lane was breathing hard, and his head was a little clearer from their sprint, but his blood was pumping, and it was making him restless. “Your team is staying here too, huh?”
“Yeah,” Jared said, his gaze oddly shuttered as the elevator doors opened. Lane dropped his own, convinced he’d somehow fucked up again.
When the elevator doors closed, Lane looked at Jared and waited for him to tell Lane what floor he was on. Instead, Jared swore under his breath, reached out, grabbed Lane by the shirt, and shoved him up against the elevator doors.
For a heart-stopping moment, Lane thought Jared knew what he’d been thinking about, and was going to beat him up for it. And he couldn’t do anything but stand there, wildly euphoric in a way he didn’t understand.
Jared didn’t hit him. Instead, he leaned in, trapping Lane against the closed doors and pressing up against him. Lane had been hard since they left the bar, and Jared had to be able to feel it. It took Lane a few seconds to understand what it was pressing back against him, and before he could moan or do anything else, Jared’s mouth was on his and they were kissing.
It was less than two minutes—probably less than ten seconds—and then the door opened and it was over, Lane stumbled into the hallway and watched the doors close on Jared—who was breathing hard and staring at him with those bright blue eyes like Lane was a fight he couldn’t start.
Lane stared stupidly at the closed elevator and waited for a couple of seconds to see if it would come back. But it didn’t, so he turned and went to his room. When the door was barely closed behind him, he shoved his jeans off and frantically got a hand on himself, eyes half-open as he tried desperately to remember every second of that kiss and how good it had felt.

Oh this book! I was in love after chapter one. Lane is by far one of the funniest most delightful characters I’ve ever read. I couldn’t get enough of his quirkiness, social ineptness, and outspoken nature! He is HILARIOUS! Of course Jared is pretty much his opposite. And he GETS Lane and because it’s hockey and love it’s perfect!
I love hockey books, period. If you don’t like them don’t let this sway you from reading it. It’s not a technical know how about the game. It’s about the people who play it and the fact that behind the mask is a person who has all the same things to deal with as you do.
Avon Gale brings beauty and love to a rough and tough game! This is an outstanding book! 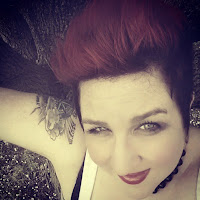 Avon Gale was once the mayor on Foursquare of Jazzercise and Lollicup, which should tell you all you need to know about her as a person. She likes road trips, rock concerts, drinking Kentucky bourbon and yelling at hockey. She’s a displaced southerner living in a liberal midwestern college town, and when she’s not writing you can find her at the salon, making her clients look and feel fabulous. She never gets tired of people and their stories -- either real or the ones she makes up in her head.

a Rafflecopter giveaway
Posted by Diverse Reader at 5:37 AM