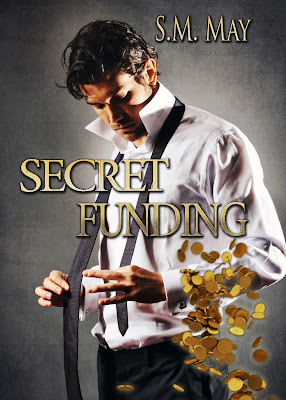 Synopsis – Young, handsome, sometimes cruel. Noah Kress is a hardened broker, skilled enough to bring success to his company and determined to face the ever-growing challenges of the venture capital market. In his private life he is Master Noah, a very popular dominator at the Circle, one of the most exclusive private clubs in Boston. For him, at work as well as in the dungeon, people and events are just variables to be interpreted, numbers to be broken down, combinations to consider and evaluate.


But when the latest, most difficult deal threatens to make his company sink without trace, his only chance seems to be the large investment fund managed by the mysterious Martin Scheer. And in order to provide credit, Martin demands a very special guarantee.
For both of them it's just business. Yet, what was supposed to be a mere contract might just shatter the perfect surface of their lives.
And will talented player Noah be willing to gamble following brand new rules?

Due to m/m mature content, this book is recommended for an adult audience.

He'd like to be a limb ripped from Martin's body with a knife, making him bleed, not just a business partner, nothing more than a name doomed to fade along with their contract.
He couldn't accept being only one in a line of numbers, scrolling up and down between traitorous, fickle indexes on any given day at the stock market. He wanted to be the Amount, the ultimate Title for a man who loved Oolong tea, lived between Hong Kong and a villa in the countryside outside Boston and carefully built models of battles that had been fought and won centuries ago.
Even though it was a selfish wish, if he had to become nothing but a memory for Martin Scheer, he would have liked to at least hurt him a bit.


S.M. May is mom of three / lawyer / blogger and she lives in North-East Italy trying to find the right balance between work, family, reading and writing.
She's good at some things, a bit less at others. But she does them all with passion.
She writes F/M romance, M/M romance, epic fantasy.
Secret Funding is her first book in English version.
For any questions you can write here: sm.may.books@gmail.com

Want a win a copy of Secret Funding? Simply enter the Rafflecopter below! Contest will run until November 12th! Winner will be contacted via email so be sure to check your spam. Thank you to S.M. May for being with us today and sharing her awesome book with us!
Good luck everyone!