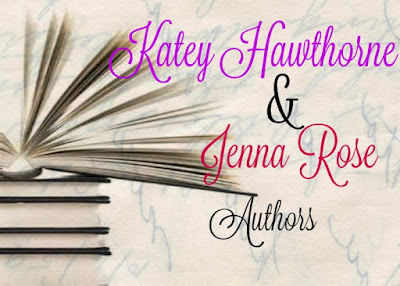 This is another very special Saturday Author Spotlight this week. I have two wonderful, lovely, and talented women as my spotlight authors today. On October 26th, through LooseID, their new book Kanaan & Tilney: The Case of the Arms Dealers was published. Today they have a special post about this amazing book and giveaway so one person can win a copy of this fabulous book. 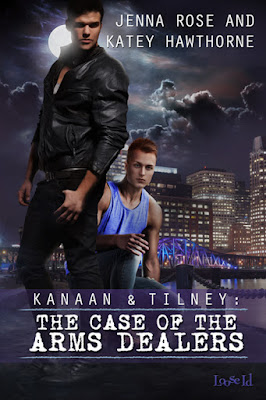 Blurb
John Tilney--praeternatural pyrokinetic and mystery author--has noticed the bottom dropping out of the market for his usual gothic fare, so he goes to Lowell Kanaan, PI, for a crash course in noir. Lowell, the cranky wolf-shifter detective, isn't sure why he agrees to let John shadow him--though it might have something to do with John's weirdly endearing honesty... and pretty lips. John thinks he's found the perfect detective novel hero in Lowell, but it isn't long before he realizes he doesn't want Lowell for his book, but for himself.
As they become entangled in a supernatural whodunnit involving the Zombie Mafia, black market body parts, and shady insurance deals, their partnership grows closer--and hotter. But when it comes down to the wire, Lowell's wolfy protective side threatens to drive John around the bend, or at least out of the office. Good thing John's as much sunshine as he is fire; hopefully it's enough to help them catch a murderer before they end up in literal pieces, too.

One of the great joys of writing is when a cast of robust supporting characters take on lives of their own and demand to be heard. (Not literally, obviously. That would not be a joy.) In the case of Kanaan & Tilney’s supporting characters, we get the added excellence of exploring their particular praeternatural powers.
Mina Liu is an Elementalist and Lowell’s closest friend. (Well, okay, his only friend.) Her particular brand of element control is lava and she uses it in her art, sculpting it into a variety of different kinds of sculptures. She’s a trust fund brat and well aware of it and is the kind of person who can make a great friend or a terrible enemy. There’s a story in how she and Lowell met, but we’ll see more about that and them in the future.
Macy Collins lives in the same house where John rents his tiny room--but she has an actual studio apartment on the first floor. She’s a philosophy student and a Psychogenic whose special talent is astral projection. John was lured by the sound of good music from her apartment one day, and the rest is history. In the spirit of friendship, she taught John how to kiss so he could write some romance into his novels. She has a lot more of a part to play in future, too. Hell, she might even get to meet Mina…
Bob Jankowski-Draenog is basically the Beast who cried wolf. A hedgehog-shifter with endless conspiracy theories, his wild imagination constantly brings him to Lowell’s office with cases that never amount to anything. Basically, he’s the plague of Lowell’s professional existence. Though something of a loner, Bob does belong to a pack (as the hyphenated last name would suggest), so despite his weird behavior, he’s seen by the community at large as more respectable than packless Beasts such as Lowell himself.
And then there’s Serafina. Lowell and John don’t know her last name--if anyone does, it’s Tony Costa, the don of the Zombie Mafia, and he isn’t gonna tell on his consigliere. Serafina is well-known in the Necromorph faction for her wing-emblazoned leather jacket, spiky kill-a-man heels, and probably most importantly, violent commitment to secrecy. Necromorphs can all draw energy from some sort of living thing or chemical processes, draining whatever it is they touch to supply themselves with power. But if anyone asks Serafina from where she draws her energy, she gets a little stabby. Okay. A lot stabby.
And that’s just the start of the supporting characters in Kanaan & Tilney. There are many others and the story wouldn’t be complete without any of them. Not to mention we wouldn’t get to explore the larger praeternatural world nearly enough without them--more and more in each story to come.

One lucky winner will win this amazing book! Just enter the rafflecopter below. Contest will end  November 13th. Winner will be contacted via email. Please check your spam.

Thank you to Katey and Jenna for being here today!
Make sure you all review what you read!