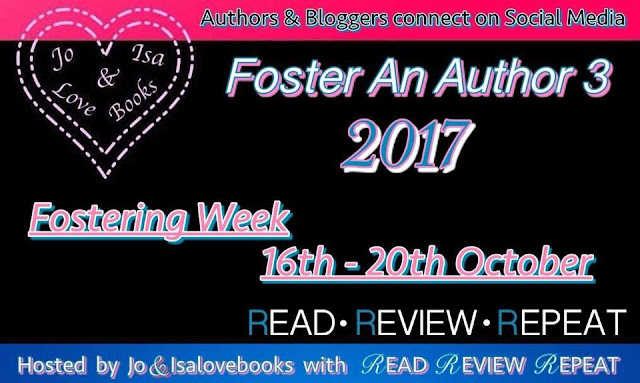 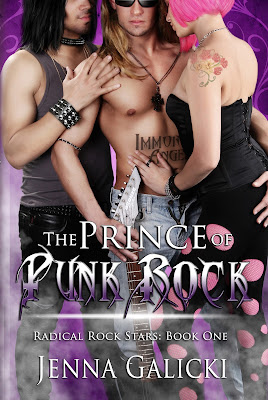 I love her, but I also love him.
She’s everything to me.
He sets my world on fire.
It's our dirty little secret, and it’s about to blow our record deal sky high.
I’m Tommy Blade, the Prince of Punk Rock, and this is our story.

Tommy Blade is a man with a secret.  It’s a secret he only shares with one person, Jessi Blade – and the men he surrenders to in the bedroom.  Jessi’s only condition to their tumultuous sex life is that the men are one night stands.  But when Angel Garcia enters their life, it’s like a match to gasoline.

Mega-talented punk rock singer Angel Garcia, with his smoldering ebony eyes, tight leather pants and unstoppable stage presence, is a man who is used to getting what he wants.  He has his eyes set on Tommy Blade as his new lead guitarist, and as his life partner.

Jessi Blade, sympathetic to her husband's bisexual needs, loves him enough to share him, but she never counted on Angel Garcia to test the threshold of her marriage.  He makes her life hell . . . and heaven.  He’s her damnation and her salvation.  She wants to hate him.  She wants to despise him.  But his charm and raw sex appeal are impossible to resist.  Without warning, she finds herself falling in love with her husband's gay lover.

At the height of it all, their punk rock band catapults to stardom.

Their lives are marred by secrecy, deception and sacrifice.  Feelings of betrayal, backlash from the sensationalistic media and threats of blackmail send them down a hard road filled with tough decisions. 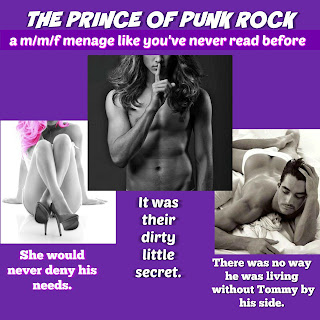 Jessi let the warm water from the shower spray onto her face.  She was happy.  Tommy was happy.  Angel was happy.  Their much needed talk at the breakfast table set some ground rules.  Angel was open to communication and encouraged it.  It gave her comfort.

After she showered, she meandered back to the bedroom, as she towel dried her hair.  Tommy and Angel were already naked and in each other’s arms on top of the unmade bed.

“What took you so long?” Tommy asked, before returning his lips to Angel’s neck.

Jessi didn’t answer.  She wanted to watch.  She leaned against the doorway and folded her arms.  She watched Tommy kiss Angel with an urgency that she never saw before, and the love that Angel had for Tommy was never clearer to the naked eye than it was right now.  She knew they were in love.  It didn’t scare her as much as she thought it would. The confidence she had in their marriage overshadowed her fears and doubts.

Her thoughts were pushed aside by the sound of Tommy moaning and breathing heavily.  Angel was stroking Tommy and sucking on his nipples.  Jessi let the towel around her body drop to the floor and crawled into bed, on the other side of Tommy.  She glided her hand up his back and kissed his shoulder.  He immediately turned onto his back, so that he could share himself equally between her and Angel, and he kissed her.  Her mouth moved to his chest, and she could feel his heart gently beating underneath her lips. She kissed her way down his torso and her tongue crawled across his skin.  It accidentally collided with Angel’s mouth.  They both looked up in surprise and shared a smile.

She wasn’t sure what Angel was thinking, but she wanted to kiss him.  Fear of rejection made her hesitate, but it was unwarranted.  Angel grabbed her by the back of the neck and firmly planted his mouth on hers.  His tongue invaded her mouth and bathed its circumference.  She was spellbound by the intensity of his kiss.  She couldn’t think about anything else except Angel’s warm, authoritative tongue inside her mouth, and she immediately felt warmth and wetness between her legs.  Now she understood why Tommy had that dreamy look on his face whenever Angel kissed him.

Angel withdrew his tongue, but she wanted more and placed a long kiss on his lips, hoping for another visit from his magical tongue.  But he just smiled at her, and then moved his mouth back down to Tommy’s belly.

Tommy pulled her up and kissed her.  It was like night and day.  Angel’s kiss was forceful and commanding.  Tommy’s was slow and soft.  She loved the tenderness in which he slowly moved his tongue in gentle, purposeful circles around her mouth, but she found herself still reminiscing over the kiss she just shared with Angel. 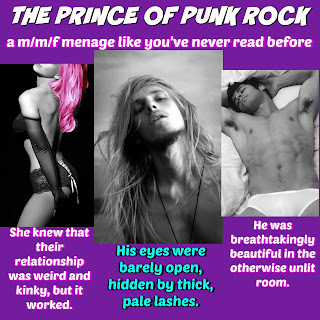 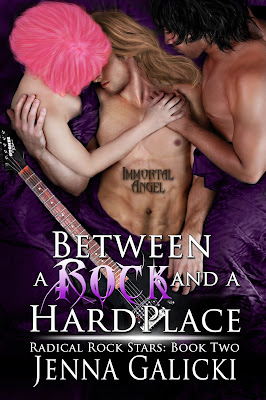 She’s a rock goddess.
He’s a sex pistol.
I need them both, in my life and in my bed, and I’m not living without either one of them.
I’ll do whatever it takes, even if it costs me everything I’ve ever wanted.
I’m Tommy Blade, The Prince of Punk Rock, and this is the continuation of our story.

When Jessi Blade is forced to miss the first leg of Immortal Angel’s world tour, Tommy Blade and Angel Garcia are alone together for the first time.  Their romance flourishes and brings them closer together, but time apart puts a strain on Tommy and Jessi’s marriage.  The demanding schedule of a world tour, pressure from the record label and a wife who feels neglected, leaves Tommy under a blanket of anxiety.  He’s helpless as his perfect life slowly falls to pieces.

When Jessi Blade finally catches up to Tommy and Angel four weeks into their world tour, she begins to feel like an outsider.  She’s not about to take a back seat to Angel and competes for Tommy’s attention.  Tired of the rivalry, she begins to wonder if they’d be happier without her.

Angel Garcia is trying to hold their relationship together, but Jessi’s animosity and Tommy’s nervous tension is a heavy load to carry.  Before long, it becomes clear that their life and the band are doomed unless they work out their differences.

Jessi put the last finishing touches on her sketch and put it down for the night.  She had two gorgeous men in the next room who were probably sucking each other off right now.  Her footsteps quickened into a little trot across the room in anticipation of watching Tommy and Angel together, but when she got to the bedroom they weren’t in bed.  They were naked, erections flying high and rifling through a suitcase.  “What are you doing?”
They turned toward her at the same time.  Each held something in their hands.  Angel had a small flogger.  Tommy had a purple sash.
Tommy snapped the sash in his hands.  “We’ve been thinking.  It wasn’t very nice of you to leave us in the middle of the tour and not explain why you resigned.”
Angel twirled the ends of the whip so they danced in the air.  “Yes.  You’re a bad girl and bad girls get punished.”
Her mouth widened into a nervous smile.  “You’re not hitting me with that thing, Angel.”
“Oh, yes I am.”
Tommy was twisting the ends of the sash around each fist and pulling it tighter.
They slowly walked toward her wearing matching sinister grins.
She took a step back.  They couldn’t be serious.
Tommy held up the sash.  “It’ll hurt less if you cooperate.”
“Tommy!”
He lassoed her around the neck and pulled her to him.  She held her breath, braced one hand against his chest and tugged at the sash.
“Stop fighting and take your clothes off.”
“What?”
“You heard me.”
“Stop stalling,” Angel warned.  “It’s better if you listen to him.  He’ll be less . . . angry.”
Nervous laughter trickled from her throat at this new game.  Tommy was always bossy in the bedroom, but with Angel, not with her.
Tommy raised his brow, impatiently waiting for her to discard her clothing.
She contemplated the game at hand, still unsure whether or not to continue.  It had been a life-changing month.  Why the hell not?
She slipped her top over her head, discarded her bra and wiggled out of her jeans.  She stood with her shoulders back and projected her breasts outward.  “Do you like what you see?”
Tommy gazed at them and puckered his lips, but he didn’t attempt to taste them.
She cupped both breasts in her hands and pushed them upward to entice him.  When he still made no attempt to touch her, she placed his hand on her breast.
Angel was quick to swipe it away with the handle of the whip.  “She’s trying to weaken you.”
Something changed behind Tommy’s eyes and they hardened.  “Is that what you were trying to do?”
She stammered for an answer.  She didn’t know how to play this game.
“Get on the bed.”

She didn’t hesitate and waited on her knees in the middle of the fluffy king-sized bed.  Her heart was beating faster, full of nervous anticipation.
Tommy crawled in front of her while Angel came up behind her and tied the sash around her eyes.
She didn’t resist, but her knees were shaking.  She never played a submissive role before.  There was a sense of mystery about being blindfolded, but she wasn’t sure if she liked it, or the helpless feeling that went with it.
Angel adjusted the sash over her eyes to make sure they were fully covered.  “Turn around and lie down.”
She obeyed.  If it got out of hand, she would tell them to stop, and she knew they would.
Face down on the pillow, her arms were pulled up and secured to the headboard, loosely tied with another satin sash.  “What are you going to do to me?”  She wished she didn’t ask and she wished she didn’t seem so nervous, but it sounded like part of the game.
Something tickled her back.  It was rather soft and made little flicking noises.  She realized it was the flogger and stiffened as she waited for a harsh blow.
“Are you ready to take your punishment?”  Angel asked.
She held her breath, clenched her jaw and squeezed her eyes shut.  It was silly that she closed her eyes, since she was already blindfolded, but she was so nervous she didn’t know what she was doing.  Despite being wary and anxious, she was tingling all over and felt a trickle of wetness between her legs.  She wanted to play.
“Answer him,” Tommy said.
She gulped.  “Y-yeah.”
“Louder.”


“Yes!”  She tightened her muscles and waited.  The first strike was a quick, stinging flash across her buttocks.  It wasn’t very hard, but it still took her breath away, and there was a tinge of excitement behind the tiny burn.  The second strike was stronger, but it was more arousing than the first.  The third stung like an electric shock and she gasped.  A sharp jolt reverberated through to her groin.  Again there was a pause, and she silently wished for the next blow, wondering what it held.  Dare she ask for it?  It came before she had the chance.  Like a razor, it sliced across her bare skin.  White light flashed behind the darkness of the mask and tiny spots floated in the blackness.  Her buttocks were red hot and that heat pulsated deep between her legs.  Her whimper wasn’t from pain.  It begged for release.

a Rafflecopter giveaway
Posted by Diverse Reader at 5:33 AM