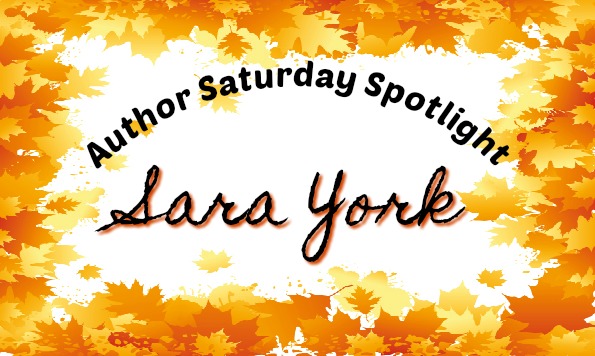 It's Author Saturday Spotlight day! Today we have the amazing Sara York hanging out talking with us about her work, writing, and all sorts of things. She's the author of over thirty books and sheknows her stuff. So, have a seat and enjoy!!! 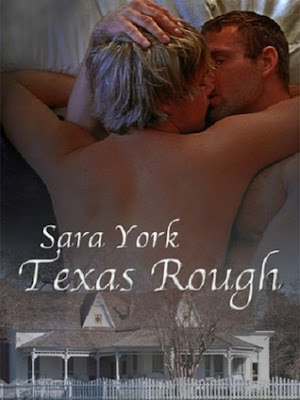 Lane Daniels loves his job, working as a foreman on the south Texas ranch gives him the type of satisfaction he’s always craved, but the owner of Crazy Hills ranch, Gresh Hamilton Miller the third, has woven his way under Lane’s skin, leaving Lane crazy for the man’s touch. But doing the boss is out of the question.

Gresh wants more from Lane than his ability to handle livestock, he wants it all. Lane won’t give him the time of day so he forces the issue, setting up a date that Lane believes to be a business meeting. Alone together, Lane and Gresh ignite in a flash of passion.

Just when it feels like there could be something more between Lane and Gresh, the new doctor in town, Riley, sets his sights on Lane. Riley chases hard after him, insinuating himself in Lane’s life, highlighting Gresh’s faults. But Gresh won’t give up without a fight. Will Lane and Gresh be able to survive the intrusion, or will Riley be the one walking away with Lane's heart?

Texas Rough is the first book in Sara York’s Texas series. Texas Hard and Texas Twist are next in line. Get ready to get your cowboy on and go for a rough ride. 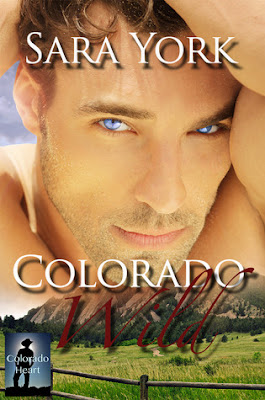 When love sneaks up on you, shoot for the heart.

Billy Bradford has a secret, and it's bigger than the fact that he's an assassin. When Tucker Hayes, Billy's "straight" best friend, is injured on a mission, Billy acts in haste, kissing Tucker. Shocked by the act, Tucker runs. But desire is stronger than convictions, leading Tucker to hunt down Billy.

The other guys on the ranch are oblivious to Tucker and Billy's actions as they investigate a new target. Grant Stovall is hung up on his ex, but Roger Burk, their new operative, catches his attention and one small touch isn't enough.

Meet the cowboys of Wild Bluff Ranch in the first book of the Colorado Heart Series, Colorado Wild.

Thank you for being here today and for talking with me. You’ve been writing in this genre for a while and have learned a great deal. I’d like to pick your brain a bit.


Do you have a philosophy in life that has served you well?

Just write. That’s the best philosophy. Keep writing and stop listening to what everyone else is saying will do good. Write from your heart, your life, your passion

I love the actual writing process. I love getting to know a character, their likes, their dislikes, all of it. I would love to spend all day every day just creating. I hate editing. By the time I read the book for the 4th or 5th time I’m done. I’m so done by that time.

If you could have dinner with real life versions of three characters you’ve written, who would they be?

It would have to be the characters from the Colorado Series. Specifically, I would really like to know what the hell Craig was thinking when he attacked. Grant, I would want to have his take on life. And Zander. I want hold Zander and never let go.

When you’re not writing, what are some of your favorite things to do?

I love walking on the beach. I wish I could get out there more often. When I don’t make it to the beach at least once a week. It’s difficult.

There’s great debate over romance being an HEA or strong HFN. Basically, some people believe it can’t be romance without those and others disagree. What are your thoughts on this?

I see both sides. There are great romances that are HFN or end in real life. Romance is fantasy and I know people want to keep romance in that “All live happily ever after” category. To me, romance books have the two or three characters happy in the end. I know not everyone agrees on what that happy should be. Sometimes marriage is what the characters need, other times, it’s just living together.

Can you tell us what you are currently working on or future projects?

I’m currently working to get books out which have been released by publishers. There are 2 books I’m working on which I want to make longer. Publishers sometimes want shorts and the word limits are restricting, I’m working to extend those.

I also have a book that is coming in a week, maybe 2 that is about a painter and his lover. I have no title…yes, it’s a week away from release, no title, no cover, nothing, but the book is written and about to go into edits, so I think I get some points for that. Maybe I’ll just call it &^@&!*…No, that’s not what I’ll call it. I’m sure I’ll come up with a title in the next 7 to 10 days, like the day it’s released.

Where do you see yourself in five years?

Working on more books. I love writing and I hope to be writing in 5 years, loving life, and happy.

Thank you, Sara, for being here today and speaking with me.

Sara York will gift one person with a backlist ebook of your choosing!
Please enter the rafflecopter below.
Contest will end on October 13th
Thanks!

Thank you to Sara for stopping by and talking with us.

a Rafflecopter giveaway
Posted by Diverse Reader at 6:12 AM