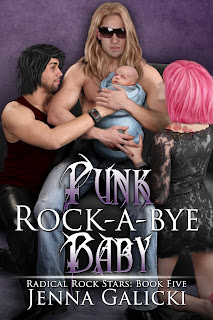 She rocks my world.
He sets my soul on fire.
We’ve traveled down a bumpy road, but we’ve finally found the balance.
It’s time to bring a new little rock star into our lives.
I’m Tommy Blade, the Prince of Punk Rock, and this is the next chapter in our story.

Loving two people is never easy, and Tommy Blade fights every day to ensure that his wife and his lover know that he loves them both equally.  A commitment ceremony solidifies their pledge to one another and brings them closer together.

Jessi Blade is a lucky girl.  With animosity behind them, she and Angel share a more intimate relationship and their lives flourish.  She has everything she ever wanted—except a baby.

Angel Garcia never thought he’d share his life with a woman, no less marry one in a commitment ceremony.  When a baby joins their family, it makes him realize how much Jessi really means to him.

The road Tommy, Jessi and Angel travel is never an easy one.  Just when they’re at their happiest, an accident may very well change the course of their lives. 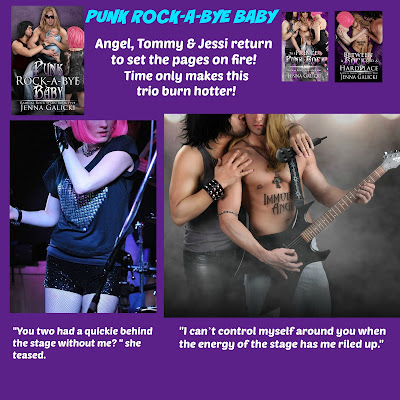 Catch up with the series: #FREE on KU
The Prince of Punk Rock (Book 1) http://amzn.to/MG7R3u
Between A Rock and A Hard Place (Book 2) http://bit.ly/amazonBRHP
Punk Rock Resurrection (Book 3) http://bit.ly/PunkRockResurection 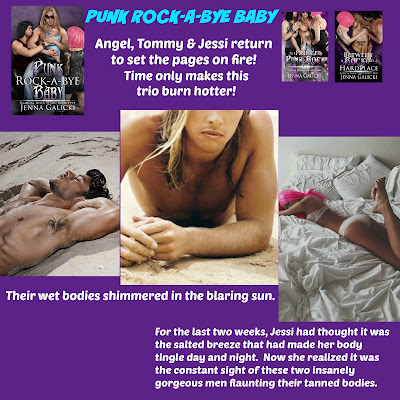 
A soft moan caught Jessi's attention, and she turned to Tommy and Angel.  They were embraced in each other’s arms, kissing passionately—which was the only way they knew how to kiss.  It was rarely a quick peck between the two, always a rush of lips on lips, mouth covering mouth, filed with steam hot enough to keep a girl’s hormones on edge.  She watched from the shore.  Angel had a chunk of Tommy’s hair in his fist and Tommy’s head pulled to the side.  Angel’s other hand was on Tommy’s hip and held their bodies together.  She was tempted to step between them, but decided she’d much rather watch. 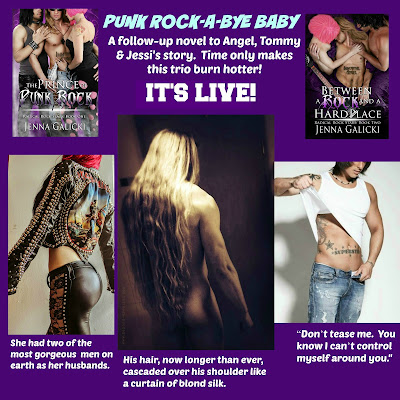 Thanks!
a Rafflecopter giveaway 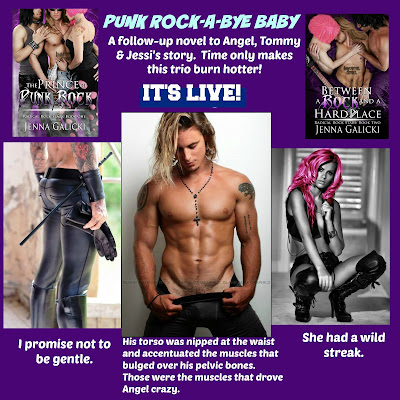