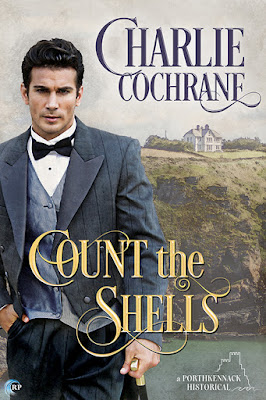 Count the Shells is the story which completely astounded its author in the telling. I had no idea when I sat down to write it that the straightforward historical romance I’d envisaged would turn out to have a plot twist which transformed the story into possibly the best tale I’ve ever crafted.


About Count the Shells

Michael Gray returned from World War One injured, but at least he returned. Others were not so fortunate, including his first and greatest love, Thomas Carter-Clemence, with whom Michael had parted bitterly before the conflict began.

Broch, the Carter-Clemence home in Porthkennack, was an integral part of pre-war holidays for the Grays, the two families drawn together in the wake of their sons’ friendship. Returning to the once-beloved Cornish coast for a break with his sister and her family, Michael has to find the courage to face old memories . . . and dare new relationships.


When Thomas’s brother Harry makes an unexpected appearance, Michael is surprised to find himself deeply attracted to Harry for his own sake. But as their relationship heats up, it unearths startling revelations and bitter truths. Michael must decide whether Harry is the answer to his prayers or the last straw to break an old soldier’s back.

There are both challenges and delights in writing a story set in a fictional place, especially when it’s one someone else has created and in which other people are also setting their novels. I have to confess that we were wonderfully organised from the start, with a spreadsheet and map and swopping of ideas such as names for local brands of beer. But you still need a light touch in the writing itself, because it would be too easy to have the same places and things coming up time and again in all the books, rather like you can’t seem to have a film or TV series set in London without the clichéd images of Big Ben and red buses. Yes, I know that you can’t walk around London without seeing a red bus, but there are plenty of other things which typify the city.

So all the Porthkennack authors have been hard at work making believable connections, and for those of us who have two stories in the universe, there’s another layer of challenge, which is to in some way connect the two stories—in my case the contemporary Broke Deep and the historical Count the Shells—without falling into cliché land. (And with the added complication of featuring gay couples, yet not creating an entirely gay enclave!) Both of my stories take place primarily on the east side of the headland, so I’m extremely aware that my leading men see the same sea views, and walk the same sands, albeit best part of one hundred years apart. Michael’s twentieth century eyes would still broadly recognise many of the twenty first century buildings and vistas, even if they’ve slightly changed. Our house was built in the Edwardian era; I have a picture of it from the time and despite the 1980’s additions, it’s recognisably the same.

There are more subtle connections between the two stories, for example, both feature one of the mc’s making casual use of shells and skimming stones in key scenes.  There are also links in terms of locations; the nursing home in Broke Deep is actually one of the houses in Count the Shells in a new incarnation. Some of these only connections exist solely in my head. I know when characters have travelled along the same roads, more than a century apart, but to commit that to paper would probably be unwieldy. I would hope that readers would start to make those links as they read the various novels in the series, perhaps discovering some connections we haven’t even realised are there! 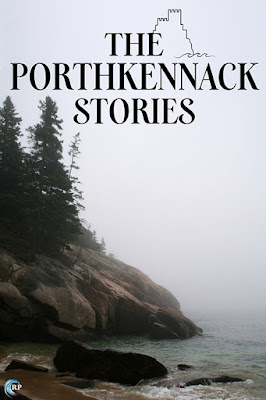 To celebrate the release of Count the Shells, one lucky winner will receive a goodie bag from Charlie Cochrane, including postcards (new and vintage), a recipe book, bookmark, pencils, a fridge magnet and various other doodahs! Leave a comment with your contact info to enter the contest. Entries close at midnight, Eastern time, on October 21, 2017. Contest is NOT restricted to U.S. entries. Thanks for following the tour, and don’t forget to leave your contact info!