It's another Saturday. My most favorite day of the week because I get to spotlight another amazing author that if you're not reading, you absolutely need to be. Carter Quinn has brought us so many wonderful stories. Such series' as Avery, Kansas, and Vanished. Astonishing! Today we get to chit chat with him, take a look at his work, and one person will get a chance to win a wonderful giveaway. So, get comfortable. 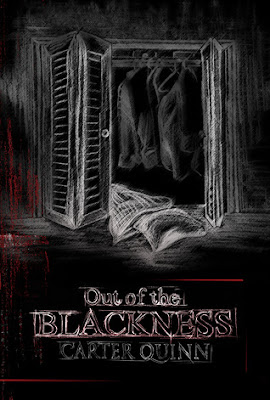 A childhood of abuse has left Avery so physically and emotionally scarred he believes he shouldn't be alive. His only sanctuary has been his relationship with his older foster brother Sam. Avery finally lets Sam convince him to start therapy to help overcome his crippling anxiety, but even that can't prepare him for the upheaval caused by meeting Noah Yates.

Noah is everything Avery fears. He's large and physically powerful—and undeniably capable of destroying Avery's hard-earned progress. Although Noah seems to have a tender streak when it comes to him, Avery is terrified of being victimized again. But no matter how many times he tries to push him away, Noah never goes far.

Noah wants to save Avery, but can he be the catalyst Avery needs to begin the journey out of the blackness? 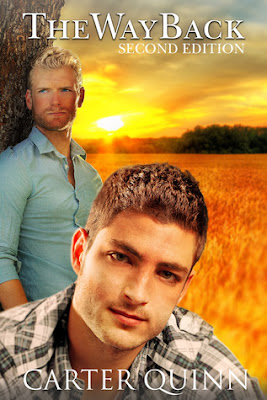 In his freshman year of college, Riley Evans met the best friends he ever thought he'd have, Jason and Eric. When his friendship with Eric turned into something much more, it ended as suddenly as it began, leaving Riley devastated. He hasn't let anyone near his heart since. Until now. When Riley needed him most, Jason was there to help pick up the pieces. Six years later, he's back in Riley's life.

Riley is slowly letting Jason past his defenses and is starting to accept how good they are together. They're even planning their first romantic weekend getaway when, out of the blue, Eric calls, claiming he wants Riley back. Riley has been pining for Eric for six years, but now he has a brand new relationship with Jason to consider.

Jason—who has always been there when Riley needs him, who puts Riley's happiness above his own, even if that means his own heart will suffer—insists Riley face his old feelings for Eric to make sure they're really gone. But are they? How long will it take Riley to figure it out? And how long will Jason wait? 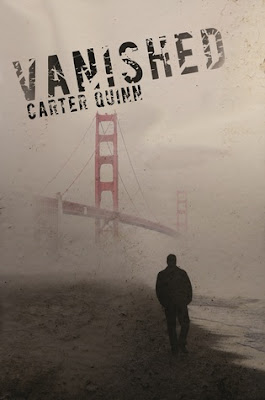 Henry Cooley has good friends and a good life. He’s secure in his job and his relationship. He and Tom, the love of his life, are about to celebrate their twenty-first anniversary as a couple. Their son, CJ, is in his second year at Cal Arts. Henry's only problems are his growing dissatisfaction with his job and the fact that Tom's parents still hate him, even after all these years. At least those are his only problems until the morning he wakes up to discover Tom has vanished.

Carter, thank you so much for being here today and being brave enough to answer my questions. HAHA I’m kidding. They are light-hearted I swear. It’s fun to get to know the person and the author in a fun and relaxing way.  Let’s get started.

Let’s say someone has just discovered you and they ask you what book of yours should they start with? What answer would you give and why?
Haha. I see you’re starting off with the hardest questions off the bat. First let me say I’m thrilled to be here. Thank you for having me. As for my books, I would say Out of the Blackness is the best place to start. It’s my most popular work. Of course The Way Back is where it all began. That one’s saucy and sexy and shows a sense of humor I hope readers will find in all of my books.

What are some of your most favorite books you’ve read? They can be inspiring or just because you love them.
In terms of life-changers, there are two. I always point to Imagica by Clive Barker. It’s fantasy that takes the reader right to the cusp of believing and then lets him/her decide. My other favorite is Armistead Maupin’s Tales of the City, which should be required reading for all young LGBT people coming to terms with their sexuality. Marion Zimmer Bradley’s The Mists of Avalon is brilliant. I read a lot of nonfiction, too, but I doubt anyone would care about that.

If you could visit anywhere in the world for book research where would you go?
St. Petersburg, without a doubt, because I’ve always had a fascination for Russian history. After that, Ireland to get in touch with my Irish roots and sample the local men—I mean cuisine. Go figure I’d pick two of the drinking-est countries on the planet. J

You’ve read and you’ve written a lot of M/M. What is something you see often in gay fiction that grates on your nerves?
Oh I see how this works! You’re trying to get me in trouble! Ooh, girl, the ways I could answer this question! Instead, I’m going to keep my head down and talk about the three things I see on-page that piss me off every—single—time. The insta-erection, the release of “the breath he didn’t know he was holding,” and, my personal pet peeve, the use of the word “you” outside of dialogue.
I haven’t seen as much of the insta-erection as I used to. I’m hoping that’s because the women who write m/m are less embarrassed asking a dude with the equipment how it actually works. Don’t take this as an attack. Some of my favorite writers are women. And, even with 3 sisters and couple of best friends with one (each, you know how it works), I think I’d rather pull my own teeth than inquire as to the vast mysteries of the vajayjay. Y’all can keep ‘em! They’re scary. No offense.
Now about that breath. Christ on a cracker, folks, how many of you have actually not known you were holding your breath? Pretty sure we all know when we do it. If nothing else, that whole colliding with the ground due to lack of oxygen is a pretty good indicator. But I digress. It’s trite. It’s lazy. It’s ridiculous. Stop it. Now.
Have you ever noticed how the local news gets the redneckest motherfucker they can find to comment on their stories. You know, Farmer Cyl, proudly displaying his two whole teeth and a nub, while trying to convince that city-slicker reporter that he’d just survived the scariest damn ternaydeh he’d ever seen. Cows! Windmills! Grain bins! Oh my! And he’ll say something like, “You hear that freight train sound and you just look up in the sky and beg Jesus to let you live one more day. And then you see Miss Sally standin’ there with the cellar door poundin’ at her knees, waving at ya to getchyer butt in there, and you run.”
Or Sweaty Jock You Wanna Bang is giving a 2nd-intermission interview to Altitude, and he describes that play from sixteen minutes—game minutes, mind you, so somewhere along three days—ago where he tallied an assist. “You just wanna do everything you can to help the team, ya know? So, yeah, you saw Amper open up, and Sandy passed you the puck, and you just drilled it onto Ho’Riley’s stick. We got the lucky bounce and it went up and over Berr’s left shoulder.”
Know what all of these things have in common? You didn’t do a thing, but they sure did. They broke the fourth wall. It’s exasperating to see it done—and done so frequently. Any sentence outside of dialogue in which you are tempted to write “you” can be easily and far-better constructed without it. Try it out.

If you could collaborate with any other author who would you love to work with?
Oh gosh. I don’t know if I have it in me to give up that much control. First, we’d have to have the same vision for the project. Then our writing styles would have to mesh as well as our personalities. And then we’d have to find time to write together—or not. Oh man. Are you trying to make me have a breakdown?

What one celebrity would you love to have dinner with and why?
Why? Did someone ask? Do you know something I don’t? Is he cute? Is he interested? Oh, it’s one of those questions. In that case, the answer will change with my mood and the wind. I’m trained as a historian, so there are a zillion people whose brains I’d like to pick for an hour. For our purposes here, let’s just say I’d love to have dinner and drinks and what-not with Scott and Chris Evans. I mean, brothers are practically one person, right?

/Where do you see yourself in 10 years’ time?
Still dreaming about Scott and Chris Evans?

Can you tell us what you are currently working on?
I’m about to finish a sweet reunion novel called Ashes to Embers. It’s sort of a prodigal son comes home story.

What have been some of your most amazing moments as a writer?
Oh gosh. That first time I wrote The End and meant it. That first acceptance letter. The first royalty statement showing 1000 sales. The first good reviews and personal letters. Nothing makes me happier than to hear from readers, though I freely admit I almost never know what to say back except thank you.

Favorite time of year? Spring
Night or day? Night
Coffee or tea? Me?
Favorite comfort food? Ice cream!
Chocolate or vanilla? Vanilla so I can fix it up myself
Cupcake or brownie? Ooh, Banana Bread Brownies!
Favorite movie? The Lion in Winter, without a question. Best dialogue in the history of cinema.
Best feeling in the world? Being in love, of course!  :p

Thank you, Carter. This has been truly wonderful!
Thank you for having me!

Here's what's up for grabs! 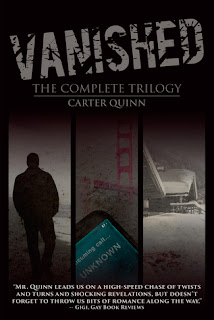 Henry Cooley has good friends and a good life. He's secure in his job and his relationship. He's about to celebrate his twenty-first anniversary with Tom, the love of his life. Their son, CJ, is in his second year at Cal Arts. Henry's only problems are his growing dissatisfaction with his job and the fact that Tom's parents still hate him, even after all these years. At least those are his biggest concerns until the morning he wakes up to discover Tom has vanished.

Henry's world spins out of control as he struggles to find out what happened to Tom. He enlists the help of his best friend, Shaun, and new friend, private investigator Blaine Deveraux. Just when Henry thinks he has it all figured out, he's confronted with new hazards and surprises. Henry goes through hell and back to uncover what really happened to Tom. But nothing could prepare him for the truth.

Simply enter the rafflecopter below.
Contest will end on  July 29th!

I want to thank Carter for being here and being amazing!


a Rafflecopter giveaway
Posted by Diverse Reader at 6:22 AM