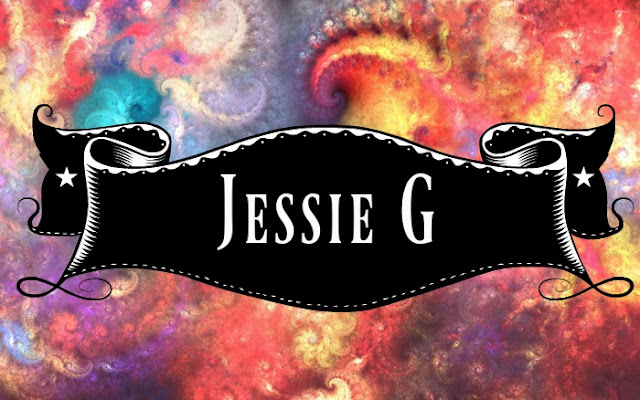 If you've read any of the Sizzling Miami or the Devils Pride Series' than you are well aware of my Author Spotlight this week. JESSIE G! Yes indeed! She's written some amazing stories for the LGBT community. Dealing with serious issues while weaving amazing stories throughout them. Today we will do our spotlight thing. Look at her work, do an interview, and of course there's the giveaway at the end. So, grab your drink of choice and enjoy. 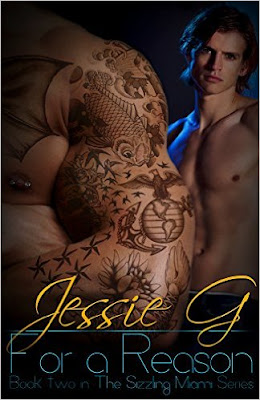 Former Marine and full time big brother, Bull Connor spends his days helping those in need of a second chance and his nights fighting the inner demons that won’t let go. During a routine tow he comes face to face with the only person who refuses to need him and the one man he wishes would.

As a throw away, Ian Jones is used to being alternately overlooked or ridiculed but hasn’t given up on the idea that with just one chance he could turn it all around. Rescued by the one person who neither overlooks nor ridicules him, he longs to be seen as more than just a man in need.

Ian isn’t pining for the family he’s never known but when they descend, unwanted and uninvited, Bull must prove that he’s the man who will protect Ian’s long neglected heart by sharing the demons that torment his wounded soul. 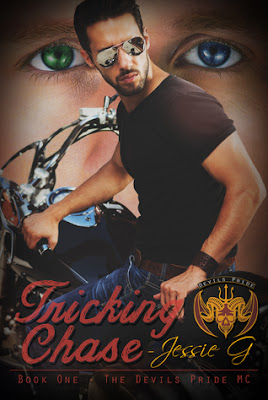 As Sergeant At Arms for Devils Pride MC, Tyler “Trick” Malone’s take no prisoners reputation make him one of the most feared and respected members of the club. Unbeknownst to the MC, Trick indulges his most dangerous secret, traveling out of state twice a year to trade his cut for the whip he expertly wields at a gay dungeon.

Trick’s well organized life takes a turn when he saves bar back, and terrified submissive, Chase Ward in a Georgia dungeon. With his protector and dungeon owner dead, Chase is no longer safe in the place he once called home. With the new dungeon owners circling like sharks, he desperately begs for sanctuary in the arms of his savior.

A year later the MC is still none the wiser that Trick’s houseboy is anything more than a grateful servant. Chase knows if the club finds out they will kill Trick, the man he’s come to rely on for everything from the food he eats to the pleasure he feels to the security he craves. Even when gratitude turns to love, Chase never expects reciprocation from his ruthless Master. After all, the only way for them both to survive is if Trick remains the heartless bastard the MC knows.

Trick is positive he has it under control and having Chase around has definitely made his life easier. There doesn’t seem to be any harm in letting Chase take a part-time job at Velvet Ropes, especially after meeting privately with the owners. That is until a bomb explodes at the club, leaving Chase fighting for his life and forcing Trick to face his long hidden feelings.

Even if Chase survives, that bomb has done more than rock the foundation of the popular leather club. It’s blown Trick and Chase’s well-guarded secret out of hiding, putting their lifestyle and their lives at risk. Now there is only one thing Trick needs to do before the club gets them and that’s to get revenge on the person who dared to hurt his precious boy. 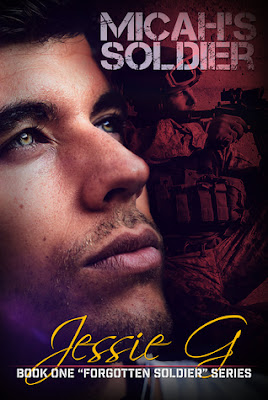 In the second grade, Garrison Douglas saved Micah Stills from the bully trying to steal his lunch money, creating a bond that would last a lifetime. Or so Micah thought.

Ten years later, Micah’s best friend and first love is an enlisted Marine. Steady, strong, dependable Garrison has always been his hero and Micah will do whatever it takes to be the supportive partner left behind. In contrast to his sturdy Marine, Micah’s slighter form is a vibrant canvas from the tips of his color-streaked hair to the graphic ink adorning his body. Sure, people judge his book by its cover, but he knows who he is and more importantly, Garrison loves the whole of him.

Garrison thought he was strong enough to do his duty for his country and come out unscathed. Nothing could have prepared him for the things he would see or do in the heat of battle. Every mission takes away another part of him and he fears the man he has become. How can he trust that, if his mind plays tricks on him, he won’t strike out at the man he loves the most?

While Garrison is struggling with his demons overseas, Micah has dedicated his time to military support groups. The exposure to the harsh realities the soldiers and their families face long after they return home is often heartbreaking, but he sees it as necessary. Like Garrison, he also wonders what his lover has become. Unlike Garrison, he’ll embrace the changes as long as he comes home alive.

Just the idea of physically hurting Micah sickens Garrison and he breaks up with him to protect him. Micah is devastated, but his feelings never falter. Now Garrison is coming home for good and Micah is determined that he’ll receive a hero’s welcome.

With the help of veteran soldier and new friend, Jared Ramos, Micah arranges a proper homecoming. The only glitch is that he’s not supposed to be there to see it, but the temptation proves too much. Armed with a ridiculously over-the-top outfit and plenty of places to hide, Micah is able to see for himself that Garrison is whole and healthy.

When Micah’s plan goes awry, Garrison is there to save him once again. Face to face after five silent years, the love is still there, but can Micah convince Garrison that they’re stronger together? Or will Garrison walk away forever?

I very much want to thank you so much for being here today! I’ve read a ton of your books and adore your work. You have tremendous support from your readers and you’ve been doing this long enough to know the ins and outs. I look forward to being able to pick your brain a bit.

Thank you for having me and you are so right, I have wonderful readers who support and encourage me constantly. The process of writing is very solitary, but when you cut yourself off from the world for too long, creativity suffers. Having the ability to interact with readers who loved your past work and are eagerly awaiting your next release is sometimes just the little boost of energy a writer needs to keep going.

You’re an avid reader just as much as you are a writer. Do you feel the more you read the better you wrote? I’ve heard authors answer this one of two ways, I’d love your input.

In your bio you say you believe in love at first sight. Is that something you experienced yourself or is it just something you truly believe exists and why?

I absolutely believe that there is a connection that happens or doesn’t happen when you meet someone. You either want to spend more time with them and learn everything about them, or you don’t. You either start envisioning (daydreaming, fantasizing) a future with them in your life, or you don’t. Whether you want to call it love at first sight or something more cautious, without that instant connection/attraction/fascination why would you bother to put in the time?
After my first marriage blew up, I took about two years off from men before I even thought about dating. Once I stepped back into the ring—older, experienced, with children—I didn’t have any criteria except when it came to my children, but I found myself dismissing dates fairly quickly and for different reasons. He was too this or that or not this or that…for the most part, there really was nothing wrong with them, I just didn’t feel a connection. When I met my current husband, I knew we would live happily ever after before we even sat down to dinner. He wasn’t the best looking guy I dated, the smoothest or the richest, but there was something about him that drew me instantly, that made me need to know more, that made me want to spend the time.
Is that love at first sight? For me it is.

Your five books strong into your Sizzling Miami Series. Do you have a final book in mind or have we come to the end at 5?

We’re definitely not at the end. Up next is Colin’s book, His Premier, which should be out shortly. After that, Saul, Javi and Kyle are getting a sequel, and then I have Jacky’s book which I originally planned to be the end <sniffle>. Not sure if I’ll be saying goodbye forever after that or not, there’s been some discussion about putting out a periodic “where are they now” book just so we don’t lose touch with those characters. At this point, I won’t say I have definitive plans, but I know it’s hard to think about never hearing their voices in my head again.

When you’re not reading or writing, what other things can we find you doing?

Probably traveling or planning my next trip. I’m a gypsy at heart and my dream would be to hit the road in an RV for the rest of my life. I can write anywhere, imagine how inspiring it would be to be constantly discovering new places, meeting new people, and just living an adventure?

It could be a person or an experience, something physical or visceral. Honestly, I couldn’t point to any one thing and say “that!” because it changes constantly and takes all forms. That’s why traveling has such appeal, the world is a constant source of inspiration.

Can you tell us what we can look forward to from you professionally in the future?

My current WIPs are His Premier (Sizzling Miami), Taking the Top (Devils Pride), Saving Saul (Sizzling Miami), Controlled Burn (Sizzling Miami, The Moments That Define Us (standalone). There is also the next book in The Forgotten Soldier series in progress, but I haven’t settled on a title yet.
The re-edited version and audio book of Past Hurts is in the works, and the French translation of For a Reason should be hitting shelves this month.

When it’s all said and done what do you hope your readers take away from your books?

There is a tag line in the blurb for my next release that I think sums up my message. “Revenge is a doubled-edged sword, forgiveness doesn’t come easily, and forgetting is damn near impossible. But love…well, that may just conquer all.”

Okay, Thank you, Jessie, for being here! I can’t wait to see what you write next!
Thank you so much for having me!

Jessie G will gift one person a $10.00 Amazon Gift Card!
Simply fill out the rafflecopter below.
Contest runs until July 15th!

Thank you to Jessie for her talent, for being here, and for being totally amazing!


a Rafflecopter giveaway
Posted by Diverse Reader at 6:29 AM