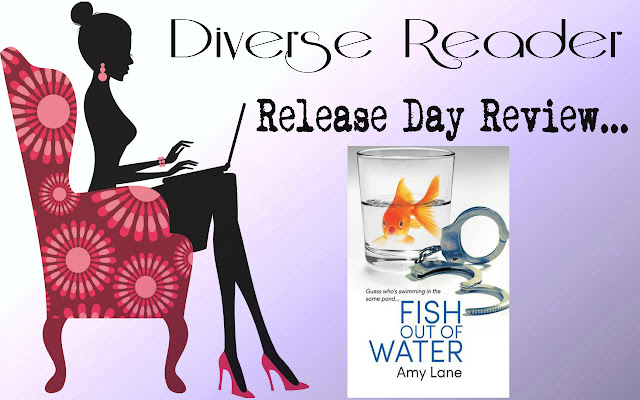 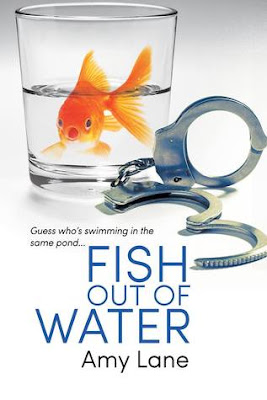 PI Jackson Rivers grew up on the mean streets of Del Paso Heights—and he doesn’t trust cops, even though he was one. When the man he thinks of as his brother is accused of killing a police officer in an obviously doctored crime, Jackson will move heaven and earth to keep Kaden and his family safe.

Defense attorney Ellery Cramer grew up with the proverbial silver spoon in his mouth, but that hasn’t stopped him from crushing on street-smart, swaggering Jackson Rivers for the past six years. But when Jackson asks for his help defending Kaden Cameron, Ellery is out of his depth—and not just with guarded, prickly Jackson. Kaden wasn’t just framed, he was framed by crooked cops, and the conspiracy goes higher than Ellery dares reach—and deep into Jackson’s troubled past.

Both men are soon enmeshed in the mystery of who killed the cop in the minimart, and engaged in a race against time to clear Kaden’s name. But when the mystery is solved and the bullets stop flying, they’ll have to deal with their personal complications… and an attraction that’s spiraled out of control. 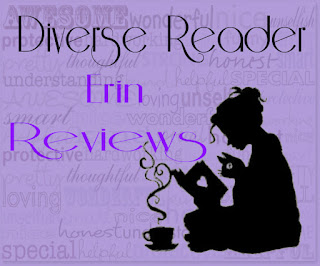 I am a huge Amy Lane fan. Whether it's light and sweet like her Candy Man series or full of angst and pain like The Locker Room (still in my top 5 books of ANY book of all-time) or Beneath the Stain, Amy always brings it. Humor and snark and realism and emotions, it's all there in every Amy Lane book. I'm also a big fan of author's taking risks and stepping outside of their box, trying something new that they know might not appeal to all their readers, even the most diehard ones. So when I found out Amy was writing a mystery, I was all in before I even knew what the book would be about. I figured some of her signature style would be mixed with something new and exciting, and I was mostly right.

What you should know before you even pick up this book (and I don't think I'm spoiling anything by mentioning this) is that Fish Out of Water isn't your typical Amy Lane romance. Yeah there's lots of sarcasm and witty banter. Some flirting and sexual innuendo that Amy is SO very good at writing. Broken characters that get redeemed in a way only Amy Lane can write, but the romance between Jackson Rivers and Ellery Cameron definitely takes a back seat to the mystery and suspense of the book. Not necessarily a BAD thing mind you, and it wouldn't have bothered me quite so much if Jackson and Ellery were a tad more likable. I loved Jackson's complete and utter devotion to his best friend, Kaden and his wife, Rhonda and to Jade who is Kaden's twin sister and Jackson's on again, off again friend with benefits. The family they have forged together is so very typical Amy Lane and was one of the strongest parts of the book. And obviously, once Kaden is arrested and framed for the murder of a white police officer, it's Jackson who is moving mountains to prove his innocence. And yes, if you didn’t catch it in the blurb—Kaden is black, the officer he allegedly murders, is white. Enter defense attorney, Ellery Cameron. These two already have a bit of a frenemy vibe going on before Jackson asks Ellery for help. They have a grudging respect for each other, as Jackson is a private investigator for the same firm where Ellery practices. And it certainly doesn't hurt, or maybe it does, that Ellery has ALWAYS been attracted to the larger than life Jackson. It's well into the book before these two become romantically involved. Seeing as how they're focused on proving Kaden's innocence, this wasn't really a problem for me, but there is that elusive "something" Amy Lane always brings to the table that's missing between Ellery and Jackson.

A few things I did appreciate. One, Jackson is proudly bisexual, and as such is of course attracted to both men AND women. His sexual relationship with Jade doesn't go on very long in the book, but there is a brief, and I think important scene at the beginning that shows these two having on-page sex. It isn't overly graphic but I give huge kudos to Amy and her editors for framing this scene the way they did and letting it play out without a fade to black. Two, Jackson and Kaden's friendship. It's fabulous. These two men are more than friends; they're brothers and their love and loyalty to each other is wonderful. The scenes between these two are among the most powerful in the book and as usual, written with that heart-stopping angst and pain Amy Lane is famous for. Three, there is a lot of action in this one. The book moves along quickly with sharp, sometimes biting dialog. Dirty cops, murder, evidence tampering and shoot-outs kept the suspense revved up from beginning to end. I would have liked a little bit less stereotypical "racist dirty cops" out to get the black guy going on and I definitely could have done without some of the questionable word choices and phrases that jarred me from time to time, but I did keep turning the page, well swiping the screen, to get to the end. Fish Out of Water, once it got going, really captured my attention and kept it. This book is gritty and urban. It’s suspenseful and I found myself gasping more than a few times. Super-hot and dirty sex when Jackson and Ellery’s relationship moves to that level, an intense plot, and memorable characters made Amy Lane’s first attempt at a mystery mostly a win. I’m looking forward to see where this series goes from here.

a Rafflecopter giveaway
Posted by Diverse Reader at 6:29 AM