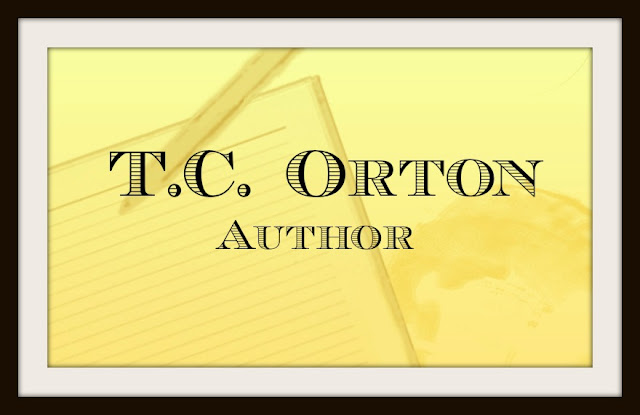 Another Saturday is here and that's an exciting time because it's spotlight time! This week I have the very fabulous, very talented T.C. Orton. He's written such awesomeness as Scorched: Seeing Red, College Climax, and his new release Warlock Academy. We will take a look at his work, do an interview, and one person will win a giveaway. YAY! Let's get started! 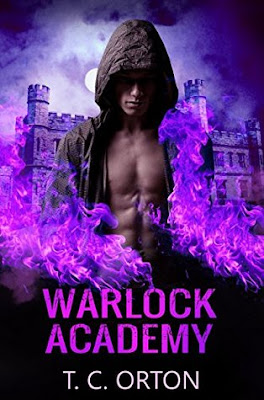 It was only a week ago that William packed his bags for Oxford when a letter appeared in front of him in a blaze of purple fire before slowly descending like a feather riding the wind. He had plans to work in politics, to make the world a better place, to put all those top grades from high school to good use but none of that mattered to him anymore. William told everyone that he was off to Harvard instead, knowing that his British parents wouldn’t make the journey to visit him, and he headed for the portal disclosed to him in the letter.

Magic was real and William had a chance to spend the next three years studying it. He couldn’t let that opportunity pass him by, even if it meant giving up on what was surely a carved out future for the overachieving eighteen-year-old.

“Sorry!” He called out in a panic, turning to apologize so fast that his glasses flung from his face and vanished into the crowd. “Dammit!” He added in a hiss of frustration, quickly tucking his wavy brown hair back behind his ears before it sprung free. 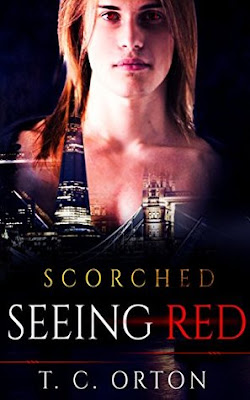 Down the twists and turns of the London alleyways, where Chinatown meets the highstreets, lies a small venue where unknown rock bands often play to crowds of less than one-hundred. 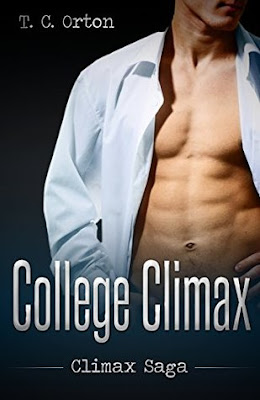 Two eighteen year olds live separate lives for the opening eight months of their first year at college. Lucas is over six-foot, packing a big bulge, tight abs and a firm behind. He knows he’s a delight to look at – that’s why he runs a business from it. He lives in a tiny motel room on the border of the big city and a mile from the campus grounds.

Sebastian stays in a singles-dorm; reading, studying, phoning his family back in England and hoping that he’ll eventually break out of his shell. He yearns for that first time. That tender touch. That sweet climax. His five-foot-eight slender-frame and blonde locks have made him adorable to many suitors in the past but Sebastian isn’t looking to be someone’s kept boy. He craves something more passionate – more daring.

It all changes at a coffee kiosk when Sebastian drops his loose-change and Lucas decides to pick up the bill.

Thank you so much T.C, for being my Saturday Spotlight Author today. You’ve become a new author to me and I’m really enjoying this literary experience. I’m just going to poke around your brain for a bit if you don’t mind.

Growing up, what sort of books and or shows inspired you to write in the paranormal/sci fi genre?

Answer: Buffy was a huge influence on me as a child. There have been shows since based on vampires, warlocks and such, but none have captured the magic that Buffy emitted. The show was about so much more than her being the slayer, it was about her being a young woman, her friends growing into their old, her love and loss of it. I don’t try to imitate Buffy, but I definitely channel the show when coming up with my own cast of characters and lore.

What’s your ultimate goal as a writer? What do you want to achieve beyond all things?

Answer: When asked what I wanted to do with my life in school, my response was always “I want to write,” and as I evolved as a person, my response evolved into “I want to be an author.” At every corner I turned or every path I strolled down, I was constantly told that my goal wasn’t realistic and that I needed something more secure. I refused to believe that. Now I simply strive to live off my writing. I want to be successful both financially and creatively. Everyone deserves to do what they love for a living and that’s all I’m trying to do.

Seeing Red: Scorched, is this a series or will this strictly be a standalone story?

I’ve explained this one a few times, but what I’m creating is a “universe” where a lot of my stories are connected. Omega Moon, Warlock Academy and Seeing Red are all individual series but are based in the same world and build upon the same lore. I call it my OMU (Omega Moon Universe) and it was inspired by the marvel cinematic universe. As for Seeing Red itself, I will continue to write about these characters. One secondary character from ‘SR’ did crossover into Warlock Academy for a brief cameo, further establishing how these stories all connect.

The first book in your Warlock Academy series has just released. What can we expect from this series?

Answer: If Seeing Red was my blockbuster movie, Warlock Academy is the spin-off television show. That’s not to say there’s not as much effort put into it – but It has a different feel and is shorter. I plan on releasing plenty of WA novellas that complement the bigger novels in my universe. As mentioned, I’ve already had a character from Seeing Red pop into the series for a brief conversation. The story itself focuses on several students at the all-male, magical institution. It’s written in third person and swaps its focus between William Dicer and Jake Minkovski per chapter. That’s not to say that William and Jake are meant to be together – it’s not that kind of story, they both have their own lives and we get to see how different they are. Of course, there’s still some ‘hot’ scenes and plenty of romance for one of the characters at least.

Do you read the same sort of books that you write or is your reading way different?

Answer: I don’t tend to read much at all. I’m a video game and television junkie. I find that I’m very – very – easily influenced by other people’s books. If I read, I subconsciously adapt my writing to make it similar to whoever’s book I just finished. If I’m writing my own work based on vampires for example, I have to steer clear of any vampire novels. However, I can happily watch plenty of vampire television shows or play vampire games to get inspiration without losing my own flare.

Answer: I have a twitter that I use for promotion @TcOrtonbooks, I also have a like page –

Aside from Warlock Academy Tome 2, which I see is taking top priority, what else is in your writing future?

Answer: I am not organized at all, so it’s hard to answer because whatever I say right now could change by tomorrow. Seeing Red: Scorched was the book I always wanted to write. Isaac was the character I always wanted to write. That romance was the romance I always wanted to write. After finishing the story, I felt both incredibly elated and somewhat sad. I felt as if I’d sent my child off to college. I want to write a sequel so much, but it has to feel natural and not forced. I have a few ideas roaming around that could easily expand that series, but it’s all still a work-in-progress.


As you mentioned, Warlock Academy: Tome 2 is at the top of my list and that will be a direct continuation from the first story. It was also lay some groundwork for yet another series set in the same universe that I’ve been working on for a long time, but I’m not quite ready to reveal that one yet.

I have a few fast fire questions for you now.

Okay, thank you TC so much for your time!

Want to win a mobi copy of Scorched: Seeing Red?
Enter the rafflecopter below.
Contest ends July 8th
Winner will be contacted via email.

Thank you to TC for being wonderful and being here today!

a Rafflecopter giveaway
Posted by Diverse Reader at 6:37 AM