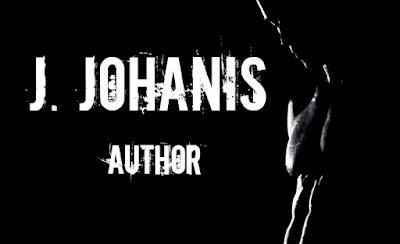 I recently discovered J. Johanis at the end of last year. She is a wildly talented writer of dark erotica. Her book Claimed by the Order won Best Dark Erotica of 2015 here, on Diverse Reader.  If you have not read her yet and want to scratch that itch, J. Johanis is the perfect place to start. If you've been lucky enough to read her work than you are well aware of her gifted writing.

We will do a wonderful interview, take a look at her work, and of course do a giveaway. 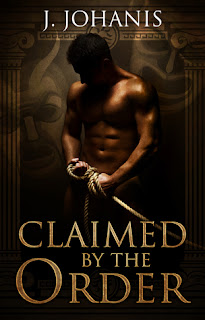 He failed to save himself. Is he strong enough to save his lover?

Young and eager to join the social playground of the gods, Marduk enters his first day of college at the exotic mountain retreat at the Temple of Power. But he swiftly falls into the clutches of a secret order. Confronted by the powerful gods who wish to claim him, Marduk is defenseless. His only way out: to lure another virgin god into the Order. 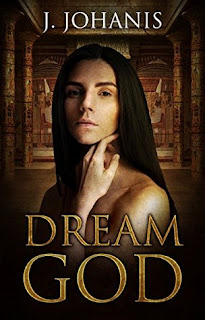 For the first time in three years, Aya is finally free, but with his freedom comes the pain of all he’s lost. Seeing Akad and Marduk together makes him realize how badly he has messed up. By betraying Marduk, he ruined his chance with the one god he desires more than anything.

Aya needs time to heal and put his world back together, but the trial against the Order looms over him. As the trial begins, Akad, Marduk, and Aya are ensnared in a web of jealousy, backstabbing, and cut-throat politics. Were they crazy to think they could stand up to the Order? If the gods of the Order can still rip their lives apart, their chances of receiving justice may be next to impossible. But if they fail to bring the Order down, Aya may never truly be free. 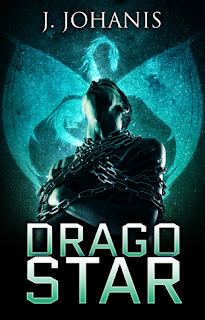 Captain Gideon's military training taught him never to fall for his captor, but when he's sold to a sexy dragon shifter, Gideon discovers that training is much easier than real life. Drago Star is about survival, resistance, and escape when faced with an enemy who's not afraid to use his deadliest weapon: a dangerous mixture of persuasion, seduction, and animistic lust that cannot be sated.

Captain Gideon is a candidate at the Drago Star Academy and well on his way to fulfilling his lifelong dream—to be a Star Commander and fight the alien insurgency on Earth.

However, before he can complete his training, he is captured by an unknown entity who sells him to a sadistic alien master. He strives to follow his military training, but nothing can prepare him for the abuse he endures at the hands of his deviant captors.

Despite his disorientation, Gideon realizes things are not as they seem. Though his captors appear to be slavers, they have the resources of a government or rebel entity. To complicate matters, the air smells different, the people look strange, and the light of the sun is all wrong. Gideon's only hope is escape, but if they’ve taken him from his home planet, is escape even possible?

I really want to thank you for being my spotlight this Saturday. One day you emailed me asking if I’d read one of your books. I became an instant fan! You write amazing dark erotica! So, I’m going to poke at you a bit. Get inside your head… I promise I won’t cause permanent damage. Lol.

For people who may not understand what Dark Erotica is, and the focus your books take. Can you explain it? I think a lot of people shy away from dark erotica out of fear but I think it’s out of misunderstanding.

First of all, thanks so much for hosting me on your blog. I’ll start off by saying that I’ve seen dark erotica defined in many different ways. In my case, I write dark themes that include graphic violence and abuse. Though I tend to include a lot of angst and my MCs usually have it pretty rough, there is always a light at the end of the tunnel in the form of love or some kind of extreme retribution for the abusers. Additionally, most of my writing has depictions of non-con and dub-con, which tend to be an integral part of the story and never taken lightly. Even so, I realize dark erotica may not be for everyone, so I always include disclaimers.

On your website it looks like there are 4 books in your S-Gods Series. Is that the final number or will there be more?

The series starts in the ancient world and extends throughout history until modern times. Though I have trilogy outlines for four eras so far, I don’t plan on writing them in order since each trilogy has a new cast of characters and is independent from the others. Despite being separate, they are in the same world and will have common threads that bind them.

Drago Star, book one in a new series of yours called Toy Soldiers. What is this series about and how do you organize them? They are so complex to the unorganized (points to self)

Who or what are some inspirations for your writing?

I am primarily inspired by history, mythology, and modern warfare. However, there are times I’ll see a face that brings a new character to life in my mind or I’ll hear of some new technology or event that will spark a story idea.

If you were to write an auto biography about yourself, what would the title be?

I think I’d name it Siren 17, and it would be based on my adolescence. Since I doubt I could ever stick to non-fiction alone, I’d have to mix some fantasy elements into it as well.

You write some seriously dark and deviant things, so I have to wonder if you actually have any limits to your own writing or reading?

Oh, that is a great question, and one that I’ve thought about a lot. I love taboo subjects, and reading dark erotica has been an amazing journey for me. There are plenty of topics that seem a bit disgusting and I can’t imagine ever seeking them out, but I guess I wouldn’t know how I’d react to them unless I encountered them. From what I’ve read so far, I can say that a hard limit for me is anything that depicts the abuse or killing of a young child.

If you could collaborate with any author or authors who would you love to work with?

That’s a great question, and one that I’ve already considered since I’m planning on co-authoring with Donna Jay on a book that’s outside of my genre. Aside from that project, I think Bey Deckard would be at the top of my list. He has some fascinating dark characters, and I really love the way he thinks.

I’m currently working on, Slash Op, the second book in my Toy Soldier Series, which will be released in February.

Thank you SO SO much! I am so excited that I discovered your books and look forward to reading much more from you.

It was my pleasure. Thank you so much for having me

J. Johanis will gift one winner a $5.00 Amazon gift card and a ebook copy of Claimed by the Order.
I really want to thank J. Johanis for being here today and I wish you all luck!