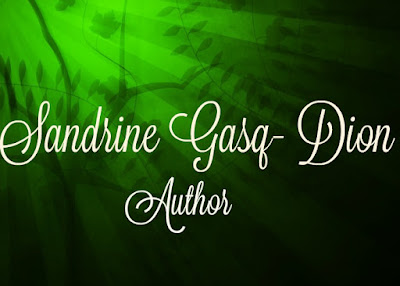 It's a new year and everything is shiny and fresh!!! Well, I still have my author Saturday Spotlight going strong and I'm excited that my first author of the New Year is Sandrine Gasq-Dion. She's the author of such wonderful and popular books as, The Assassin/Shifter Series, The Rock Series, Men of Manhattan Series, and so much more!

We are going to get a glimpse into some of her many amazing books, have a chit chat with the talented author, and then, Sandrine has a fabulous giveaway for one lucky person! 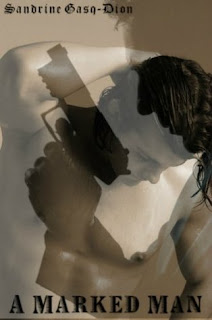 Mateo Esposito loves his job. Hired assassin for the U.S. Government, he takes lives and he kicks ass with no mercy.When a job lands in his lap that's just not quite right, Mateo finds himself questioning for the first time in his career. Who would have known he'd be undone by a purple hippo...

Riley Flynn is CEO of Flynn Electronics. Deep in his closet, Riley wonders what it would feel like to be with a man. When his path crosses with Mateo's, their lives will never be the same. 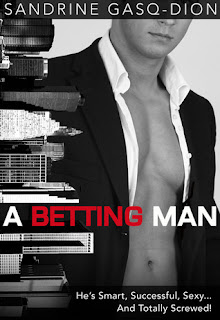 
How bad could one harmless bet be? Kent Samson is about to find out. Raised in Alabama, Kent has hidden his past and now loves his life as a big time ad exec for a prestigious advertising company in New York. But when he makes a bet with his best friend, Blaine, Kent is thrown for a loop—for Kent has to make the next person to walk through the door fall in love with him.

Terry Barron is hiding out in New York. Raised in England in a wealthy family, Terry escapes to New York to avoid arranged marriages and the lifestyle he’s grown to hate. When he delivers a package to an advertising firm, he meets the unbelievably sexy Kent Samson. Suddenly, secrets and lies complicate everything and both men find themselves in uncharted waters. How will Terry feel when Kent is revealed as a betting man? 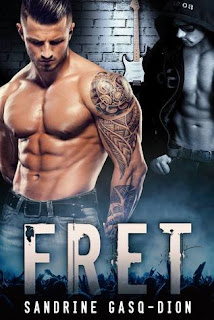 
Former Navy SEAL Axel Blaze lives a solitary life. He doesn't do emotions, and he doesn't do babysitting. Used to being on his own, his job consists of Wetwork (a charming term coined by the KGB) for his former Master Chief, Mac. When an out-of-the-ordinary job lands on his doorstep, Axel heads down a path that includes a famous heavy metal rock band and one quiet, vulnerable, guitar-shredding virtuoso named Gareth Wolf.

Enter Axel Blaze. Against his better judgment, the big man takes the job to protect the shy musician. The more time he spends with Gareth Wolf, the more he admires the man. Where's a simple assassination when you need one? The situation becomes more volatile for each man as the attempts on Gareth escalate just as Axel finds himself falling for the quiet lead guitarist.
Strong, funny, smart-ass -- and kinda sweet Axel is everything Gareth has ever wanted in a man. Too bad he's off limits. As the stalker grows bolder, Gareth and Axel move closer emotionally - but is it too late? All Axel knows is that they don't stand a chance if he can't find the maniac trying to kill the man he's come to care about. A lot.

Everyone knows that relationships that begin in pressured or volatile situations eventually fizzle out. Or do they?

Check out the entire series on Goodreads The Rock Page

You’re my first Author Saturday Spotlight of the year. Which is absolutely awesome! I wanted to start the New Year off right and I was so happy when you agreed to be my first of 2016. I have some fun questions, some books questions, and a little you questions.


I’ll start off with asking how your holidays were. Did you get anything fantastic?

I did! My daughter came up with my grandson, which was the perfect gift! I also got a few things from my other author friends and my editor. Of course, they are gifts that can never see the light of day. lol

A New Year has dawned. Filled with possibilities. What does 2016 hold for you?

Well, I plan to write quite a bit in the New Year. I have readers begging for the next Men of Manhattan book, a new Shifter book as well as a new Olympian book. I just hope those characters want to speak to me soon! I am working on the newest shifter book right now as well as the fourth book in the rock series. There just aren’t enough hours in the day for me to get accomplished what I want to!

Your Assassin Shifter books. There are 25 of those right now. People just starting off are like, “Whoa, that’s so many.” So talk to us a bit about those. If someone is thinking about purchasing them what would you tell them to make them take that extra push?

I know, right! This series has taken on a life of it’s own, so much so, that I’ve bundled the books for the newest readers. I’ve gotten up to books 15-18 I think and I plan to release one more so everyone can catch up. The 12 Olympians are mixed up in there so I have the first two of those in a bundle as well. I know it’s daunting with that many books, but my readers swear that once you start, you can’t stop!

I’m a huge fan of the Rock Series. Do you have a set amount of books for that series, and can you maybe tell us who will be the MC in the next one?

Thank you so much! I have five books planned in that series (for now) You’ll see Hammer and Buster (The bodyguards) fall in love. The next book after Harley is Ransom’s and it deals with some serious issues. Paul’s book is the last one (So far).

You went to GRL last year. What were your favorite part/s of that convention and will you be going again this year?

I love GRL, as I’m part of the Wilde City family, I love seeing Geoff and Ethan. My favorite part is catching up with all my MM author friends. This year I went with Ann Lister, we drove to San Diego from my house in Flagstaff AZ. We were both so excited to meet Alexa Land! She’s an awesome lady! I got to see Zathyn Priest as a woman (God he’s hot no matter what) *giggles*. Of course, I got to hang out with all the readers and Bloggers that showed up and that is my favorite part of it all!

Do you have any favorite authors you always read? Care to share?

I do! Love Ann Lister’s Rock Gods! She is an awesome lady anyway! Alexa Lands books, GA Hauser, Evangeline Anderson, Brenda Cothern’s Mad Dogs (Our characters do crossovers.) Mercy Celeste, MA Church, Mary Calmes, TC Blue, CR Guliano and so many more! I’d have to go through my kindle to list them all .

If you could have dinner with 3 of your characters. What three would you choose?

Oh Lord, Vince Markov, Nikolai Markov and Devin Lyons for sure. I would keep the bread rolls away from Devin though…   ;)

What advice would you give new writers these days?

Edit, edit, edit. Find someone that won’t sugarcoat anything and give you the truth. The last thing you need is someone telling you how your book rocked and then get slammed with one star reviews. It takes a toll. Take the bad stuff up front right away and make it perfect. You can’t please everyone so keep that always in the front of your mid. Don’t let bad reviews get you down. Let it in, and then kick it out and get back up!

I am working on the next Assassin book which features the Vampire/shape shifter Cezar and  little warlock, Loki. Those of you that have read the last four or five books have seen little snippets of Loki dealing with blood lusting Cezar. Should be fun! I’m also working on book four in the rock series that features Ransom Fox and his acting Idol, Sal Falco. ;)

I really want to thank you for being here today. I can’t wait to see what you have in store for us in 2016. Happy New Year!

Thank you so much for having me! And all the best to you and yours for 2016!


Sandrine has a WONDERFUL giveaway for one lucky winner!
A SWAG PACK and a SIGNED COPY OF REFLASH by CALEB STRONG!

All you have to do is fill out the rafflecopter below! You'll need to provide your address if you win so be aware of that please.

Contest will end on January 8th! And you'll be contacted via email so be sure to check your spam.

Thank you to Sandrine for being here today and for sharing so much awesome with us!!!

Good luck to you all!


a Rafflecopter giveaway
Posted by Diverse Reader at 6:13 AM