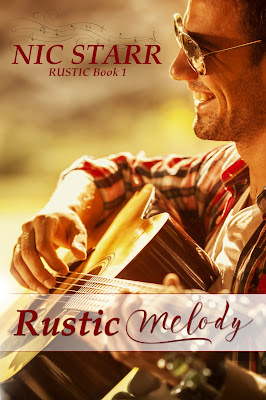 Adam Chambers has never seen eye-to-eye with his father and is reluctant to take over the family’s property-development company.  To clear his head and work out what he wants to do with the rest of his life, Adam leaves his responsibilities in the city and heads out to see the country.
He isn’t much closer to deciding what to do with his life when he arrives at one of Australia’s largest events, the Tamworth Country Music Festival, and meets Joey Callaway.
Since Joey’s father’s tragic death left Joey the family’s debt-ridden pub, Joey has struggled, desperate to turn the business around and give his mum the life she deserves. A break away from the pressures of running the pub is just what he needs, and a hook-up with Adam is the perfect way to forget about his troubles.
The one-night stand might just be an opening act. If Adam and Joey can follow the music in their hearts, perhaps they can heal each other and create a melody that will last a lifetime. 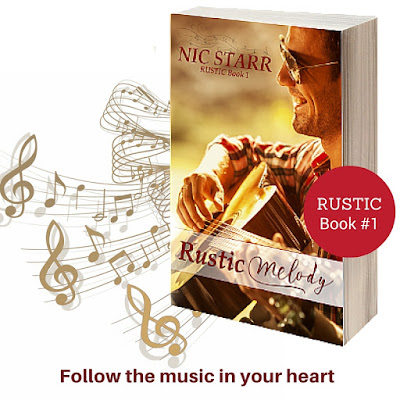 Rustic Melody – The Music
Hi, It’s Nic Starr here. Thanks so much for having me as I celebrate the launch of my latest novel, Rustic Melody. Joey and Adam, the main characters, meet at the Tamworth Country Music Festival, and music plays a key role in one of the character’s lives.
Adam uses music as his escape. He is tied down with family responsibilities and working in the family business doesn’t keep him fulfilled. In fact, he is at odds with his father’s business ethics. Music allows Adam to express his creativity, and do something he enjoys.
In the story, Adam is busking when he sings. I recently found out that busking is a term that isn’t too common outside Australia and England. Basically, it’s when an artist performs on the street, usually requesting donations which they collect in a hat or their guitar case.
I had fun choosing some songs to mention in the book. I chose music that means something to me, and I’d like to share those songs with you.
Sugar by Maroon 5 – Maroon 5 get a mention because I love their music and Adam Levine played a part as inspiration for Adam. He has a wonderful voice and Sugar was a great example of a song with the perfect upbeat mood for the story.
Bow River by Cold Chisel – This band is a very well-known in Australia and a personal favourite of my hubby’s. They had many chart-busters in the eighties, including Bow River. If you get a chance, check out an acoustic version sung by one of the band members (Ian Moss) – great song!
Here’s the link. https://youtu.be/D38EXN350gc
Sympathy for the Devil – this one is a Rolling Stones classic. This song gets a mention because it’s one of the songs my first boyfriend used to play a lot. He loved his guitar and was forever serenading me, something I never got sick of. :)
Adam doesn’t sing much country music, mainly because he’s not a big fan even though he’s at a country music festival. He’s an adventurous spirit and will try most things. *smile* However, some country artists do get a mention. If you’re interested in some Aussie country stars, check out Lee Kernaghan, and Troy Cassar Daley, both of whom won awards at this year’s festival.
I hope you enjoy meeting Adam and Joey, in Rustic Melody, and maybe checking out some of the music.
Happy reading,
Nic xx

Talk about a book that melts your heart! Adam and Joey’s story is beautiful. I was left with such peace and utter love for these two by the end of the book.  Nic Starr has written a love story that is like a breath of fresh air. It was sexy, and kind. Loving and freeing. Joey and Adam together was like poetry. From the words they spoke to the tender caresses. They made music with each other and it really was uplifting to witness. I don’t know how many times I can say I love it lol. Seriously, you just have to read it. It will leave you speechless. 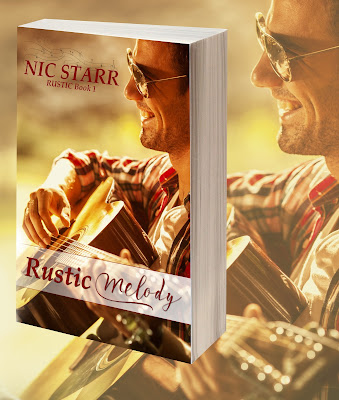 Adam pulled up suddenly. “I’m down there.” He pointed down a dark street lined with cars.
Disappointment filled Joey as they stood awkwardly on the corner.
“Well…” Fuck! He had no idea what to say. He thought maybe—he wasn’t sure—just maybe Adam might be interested in him as more than a casual new acquaintance. “It was nice meeting you.” He held out his hand. Adam looked at the offered hand for a moment, and then he raised his gaze and met Joey’s. Slowly he reached out and grasped Joey’s hand. Warmth surrounded Joey’s fingers and he was lost in the firm grip.
“I liked meeting you too, Joey,” Adam said in that deep voice of his. “Very much.” He didn’t let go of Joey’s hand, instead keeping their hands clasped as he locked his gaze to Joey’s.
Joey swallowed past the lump in his throat. “Ah….”
Adam smiled and finally let go of Joey’s hand. Joey immediately missed the touch.
“Would you like a lift? I can give you a ride to wherever you’re staying,” Adam offered.
At least one of them could carry on a normal conversation. Joey gave himself a mental kick. “That’s okay. I’m only another block down the road. Whereabouts are you staying?”
“Actually, I’m staying in the car.”
Joey’s eyebrows shot up. “Really?” He knew lots of blokes who’d sleep in their car or throw down a swag, but Adam didn’t seem the type.
“I’ve got a sleeping bag, and it’s so hot, so I’ll be okay to sleep outside.”
Okay, so maybe I shouldn’t be so quick to judge. “So long as you avoid the mosquitoes. It’s stinking hot outside—too hot to zip up inside a sleeping bag—and the mozzies will eat you alive.”
Adam laughed. He obviously wasn’t too worried. “Yeah, probably. If I’d planned things better, I would have booked some accommodation, got a room or a cabin at the caravan park, but this was a last-minute trip and the town has been booked out for months, from what I’ve heard.”
Joey nodded. “I only got the room because Mum’s friends with the pub owner and she’d been planning this getaway for me for a while.”
“I’ve done worse. The only thing I’ll really miss is the air conditioning. Oh, and maybe a comfy mattress. And electricity to charge my mobile.”
“What about a bathroom?”
“Oh shit!” Adam laughed. “That too. Okay, maybe I didn’t fully think this through.”
The urge to offer to share his room with Adam was strong. Joey didn’t like the idea of the man outside in the elements with no comforts while Joey had a perfectly good room and bed. Bed. That was the problem. Could he share his bed? Hell, he wanted to. More than wanted to, but that voice of doubt kept nagging.
Fuck it. What do I have to lose? He would make the offer. Adam could take it for what it was—an offer of a place to stay for the night. If Adam didn’t like the idea of sharing, or sharing with a guy, he’d say no. If he accepted, Joey would just keep to himself. He’d let Adam make any first move, because there was no way Joey was putting himself out there and risking making a fool of himself. Or worse still, having his head beat in.
He glanced up at Adam, even as he had the thought. He couldn’t imagine Adam laying a hand on anyone in anger. Jeez, he wished he had more experience or at least was braver.
Adam tilted his head and studied Joey. “I can hear you thinking from here.”
Joey swallowed and took a deep breath. The words came out in a rush. “I was just thinking that I have a perfectly good room with access to a bathroom, and it has electricity. If you’re willing to share a double, or throw your swag on the floor, you’re welcome to bunk in with me.”
“Why, Joey, that’s very nice of you.” Adam grinned. “I’d be very pleased to take you up on your kind and generous offer.” He tipped his hat and bowed.
Joey blinked at how simple it was. He offered; Adam accepted. He couldn’t get the stupid grin off his face and had to look away so Adam wouldn’t think what a dork he was. 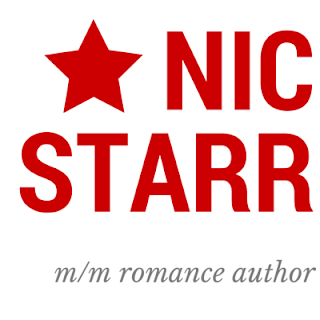