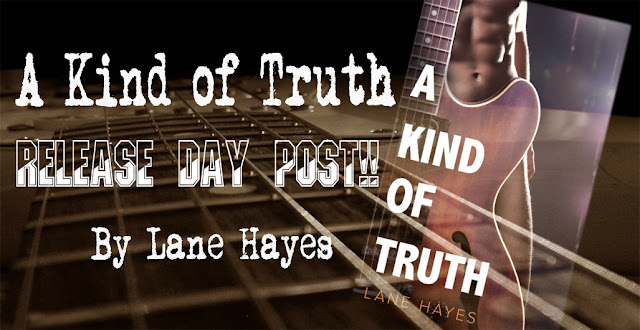 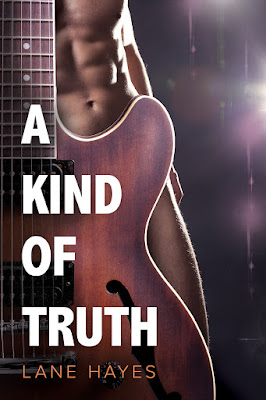 Rand O’Malley dreams of superstardom. He hopes to one day sing the blues like a rock god. Moving to New York City and hiring a new manager are steps to make his dreams a reality. But nothing moves as fast as Rand would like, and everyone has opinions, for example that he should keep certain pieces of himself quiet if he plans on making it in the Big Apple. Like his bisexuality.
Will Sanders is a gifted musician who dazzles Rand with his ability to coax gorgeous notes from an electric guitar one moment and play the piano like a professional the next. He’s a geek, but Rand isn’t concerned about Will’s pressed exterior clashing with his tattoos. His focus is music. Yet there’s something about Will that makes Rand think there’s much more to the quiet college student than he lets on. As Rand’s dreams begin to materialize, he’s forced to reconsider his priorities and find his own kind of truth. One that might include Will.

Rand and Will; these are the newest MC’s in Lane Hayes New book A Kind of Truth. Rand is the Lead singer for an up and coming band called Spiral. He and his close friends created it, and come to New York to make it big. Because if you can make it there, you can make it anywhere. Lacking a guitar player they hire this guy Terry, recommended by Will. Oh Will…. I don’t want to give anything away but Will is positively the best ever! He is truly the meaning of the saying, “Don’t judge a book by its cover.” There are so many layers to him and each time we discover something else you're more in awe of him. Rand remindsme of someone so much the opposite of Will it’s not even funny. From his constant need to move his body, to refusing his own sexual identity. These two were a relationship nightmare LOL. Watching it unfold was like walking through a corn maze. You knew there was freedom, there was a way to openness.
Lane has an amazing ability to grasp an emotion and force you to absorb it. I sat there reading, silent tears pouring from my face. She just seems to get it and it’s a relief when you can feel the author’s own feelings in each word.
This is another fabulous book by this amazing author.

A Kind of Truth is here! This is book one in a brand new series set in New York City. Technically, this book is a spin-off of the Better Than Stories series. (If you’ve read Better Than Safe, you may remember that Rand is Seth’s best friend.) What can I say? I’m crazy about a series! The reader in me wants a fast-paced romance with off-the-charts sex and sublime chemistry. Add a second book featuring the best friend, the roommate or better yet, the straight co-worker who isn’t so straight after all, and wow… not only am I sold, I’m hooked!

I think what I love most about reading and writing in sets of three or more is the opportunity to learn the layered aspects of the characters’ lives. For the length of a story, I can be drawn into their world and get a feel for details like the way one character scratches his chin when he’s thoughtful or his frustration at the long lines at the corner coffee shop. If these nuances are mentioned in a second or third book, I can truly begin to picture where I am, which gives me a feeling that I know these guys.

It’s very satisfying from both the author side and as a reader to get a glimpse into the lives of the men you fell for in the previous book. I want to know where they live now and get a feel for how they interact as an established couple. And the voyeur in me wants details! Tell me how they decorate their condo. Are they neat freaks or are this morning’s coffee cups still sitting on the kitchen island?

Every author has a different style in writing a series. Mine is fairly loose. I don’t always know who will follow in the subsequent books. Sometimes I’ll know one MC and still be thinking about who deserves them! What I do know is I feel a true sense of excitement in building relationships amongst a community of friends in a cool setting. I loved visiting DC with Aaron and Matt in Better Than Good, and I knew I had to go back. Same goes for the boys from West Hollywood in the Right & Wrong series. There are currently three R&W books, but I plan to write a fourth as soon as I’ve wrapped up A Kind of Stories. I’m not ready to say good-bye! And frankly, I wouldn’t have it any other way!

I’m thrilled to introduce Rand and Will in book one of my new series, A Kind of Truth. Hopefully, readers will be anxious to know where the story goes from here!

Thank you for having me on your blog today, Meredith!

Lane Hayes is gifting one person any ebook from her backlist!
Simply enter the rafflecopter below.
Contest runs until January 14th.

Huge congratulations to Lane Hayes for her new release and good luck to you all.

a Rafflecopter giveaway
Posted by Diverse Reader at 5:26 AM