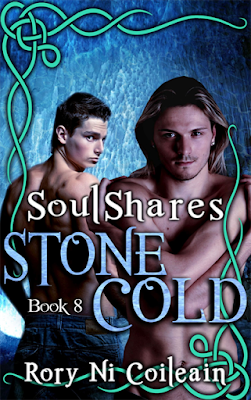 Maelduin Guaire is a Fae with a mission. An obsession, really. He’s trained his entire life to become the greatest scian-damhsa, blade-dancer, the Fae have ever known, for the sole purpose of killing the blade-dancer who murdered his father and gave House Guaire its reputation as the Cursed House. Now he’s followed Tiernan Guaire through the Pattern to the human world, to fulfill his oath or die trying... but the passage cost him all his skill with a blade.

Terry Miller, Josh LaFontaine’s business partner at Raging Art-On Tattoo and Piercing Parlor, has the worst luck with men since... well, since ever, as far as he’s concerned. Years ago, he walked out on a great thing with Josh, when Bryce Newhouse offered to play sugar daddy for Terry’s ballet company; then Bryce kicked him to the curb, and Terry ended up relying on big-hearted Josh to help him get back on his feet. And now a too-good-to-be-true stranger has turned up in Terry’s half-built dance studio, with a beautiful sword and a bloody nose.

In order to regain the grace and skill he needs to keep his vow, a Fae cursed with the inability to love must SoulShare with a human convinced that love runs screaming when it sees him coming. All with the Marfach looking over their shoulders. No pressure...

You should be away, sister.
The word forming out of the silver-blue lines under Aine’s feet was not ‘sister’ in any language remembered by post-Sundering Fae; it had nothing to do with the blood kinship so prized by the Fae, and everything to do with the ties of magick, the web of the Loremasters.
“I know,” Aine murmured. Her official task was complete; she had added to the Pattern the channeling she had discovered in the Loremasters’ ancient library, to give those who passed through an Air Fae’s gift of understanding all languages borne on the air. Time was too short on the other side to risk any misunderstanding.
But she made no move to rise; her lilac skirts still pooled where she knelt, gathered close in places where she had had to move it to read the d’aos’Faein script used by the Loremasters still within the Pattern. “I must go. Yet I do not wish it.”
She tilted her head back and looked up, at the sliver of the full moon visible at the edge of the round window. She shivered slightly, wrapping her arms around herself. Of all the strange news from the human world, Cuinn’s tale of binding the moon and its magick—no, her magick—was the most unsettling. Cuinn had bound one of the Mothers of the Gille Dubh, and forced her magick to serve the Pattern.
The Dancer must pass through.
“He is death itself, dancing the blades. And he is sworn to kill the guardian of the nexus. How can this bode well?”
Lines could not shrug, but these lines tried. We have not Foreseen everything. But we know he must be allowed to pass.
Aine closed her eyes with a sigh. She had participated in the group Foreseeing, as best she could; she knew the truth of the vision as well as her voluntarily imprisoned peers. And if her unofficial task bore the fruit she hoped it would, perhaps the worst possible consequences could still be avoided. Her fingertips brushed the little parchment scroll tucked under the hem of her skirt; she dared not be too specific in her warnings, but surely even a vague oracle was better than the silence upon which the other Loremasters insisted. And might distract the Dancer from his purpose. “Let us hope, then—”
And froze, like a dart-wing in amber, in the throes of a lesser Foreseeing. The dark-haired human, Kevin. Tiernan’s SoulShare. His body wracked with sobs, shuddering, unable to draw breath. Alone.
She would have collapsed as the vision released her, had she not already been kneeling. Not trusting herself to stand, or even to speak, she extinguished the magick of the wall-mounted torches with a whispered word, and Faded.
But only to a copse of trees, a stone’s throw from the tower. She was, after all, the closest thing the Pattern had, or needed, to a guardian.
And when the moon rose, and with it the wind, and the screams, she was the closest thing to a witness. 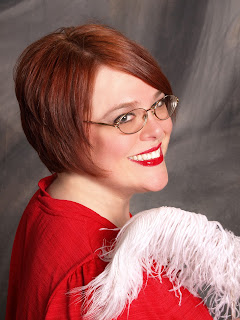 Rory Ni Coileain majored in creative writing, back when Respectable Colleges didn't offer such a major, so she designed it herself - being careful to ensure that she never had to take a class before nine in the morning or take a Hemingway survey course. (As a result, she was not introduced to Hemingway kitties until comparatively recently, and is now owned by one, given that nobody warned her.) She graduated Phi Beta Kappa at the age of nineteen, sent off her first short story to an anthology being assembled by an author she idolized, got the kind of rejection letter that puts therapists' kids through college, and found other things to do, such as nightclub singing and volunteering as a lawyer with Gay Men's Health Crisis, for the next thirty years or so, until her stories started whispering to her. Now she's a legal editor, an Associate member of the Order of Julian of Norwich, and amanuensis to a host of fantastic creatures who are all anxious to tell their stories. And who aren't very good at waiting their turns.

Blog
Posted by Diverse Reader at 11:14 AM