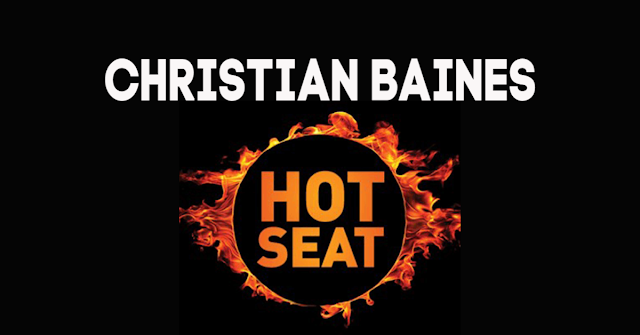 Diverse Reader is super excited to have Christian Baines here. We have him in the Hot Seat and are asking him stuff and things. You'll also get a look at his newest Arcadia Trust novel and enter to win a chance to win Book one or two in this series!!! So, hang out!

If you had to lose either your hearing or your sight which would you pick?
Hearing

What is a topic you have not yet written about and never will?
I don’t rule anything out

Who are three people, living or dead, you’d like to have dinner with?
Gore Vidal, James Whale, Christopher Isherwood

Co-authoring, is it for you yes or no?
I doubt it, but like I said, rule nothing out

What is one quality about yourself you love?
My ability to follow through on goals and plans

What is one thing you’d change about the publishing world if you could?
Remove fake authors and abolish the Amazon charts they’ve rendered meaningless.

What is your newest release and where can we buy it?
Sins of the Son is the latest book in The Arcadia Trust Series. Available in PB or e-book through your favourite independent bookshop (and please support your nearest LGBTQ or allied bookshop if you can), or the usual list of corporate overlords (Amazon, Apple, B&N, etc).

What are you currently working on?
Two new novels. A dark comedy involving hookup culture, a cat, and a horrible accident, plus the fourth in the Arcadia Trust series. A couple of short screenplays as well.

Before you begin writing what are the essentials you need to have near you?
Quiet and something to write with/on. Everything else is negotiable, though it might affect the output.

In a sentence or two, what would you tell a new author just starting out?
Write the books you’ll love and care about. Don’t worry about ‘what sells.’ 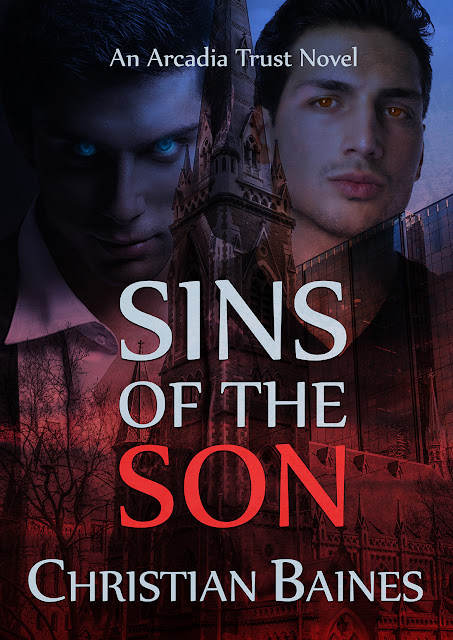 Blurb
Abandoned by his werewolf lover, the only thing Reylan wants is to return to his vampire life of blood and beautiful boys. It’s a solid plan, until his first meal as a single man tries to kill him.

Hoping to free his young would-be assassin from the religious zealots that sent him, Reylan enlists the help of Iain Grieg, a charismatic priest with unsettling knowledge of the night’s secrets.

Surrounded by conflicting agendas and an army fuelled by hate, Reylan fights to secure his future, if he can only trust the mysterious priest and bury the ghosts of the past. 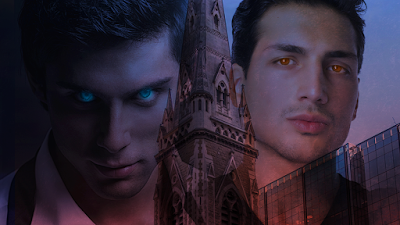 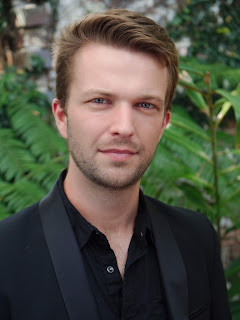 Christian Baines has written on travel, theatre, film, television, and various aspects of gay life, factual and fictional. Some of his stranger thoughts have spawned novels, including queer urban fantasy series The Arcadia Trust, the horror novella Skin, and Puppet Boy, which was a finalist for the 2016 Saints and Sinners Emerging Writer Award. Born in Australia, he now travels the world whenever possible, living, writing, and shivering in Toronto, Canada on those odd occasions he can't find his passport.


a Rafflecopter giveaway
Posted by Diverse Reader at 6:04 AM