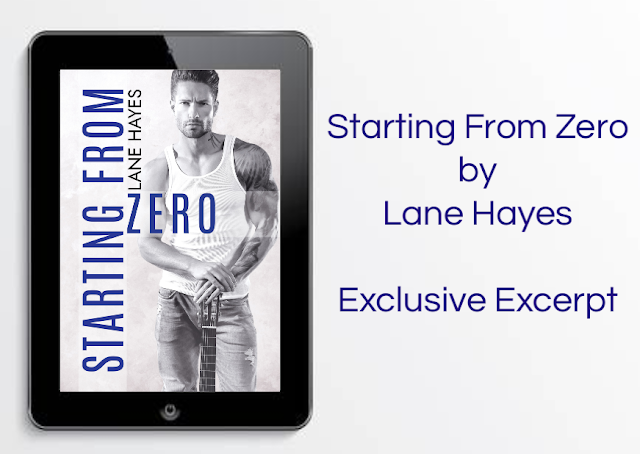 Lane Hayes has a new book out and it's hot hot hot! Starting From Zero is the latest story from her brilliant mind and she's here today to share an exclusive excerpt and offer one person a chance to win a copy of the book. 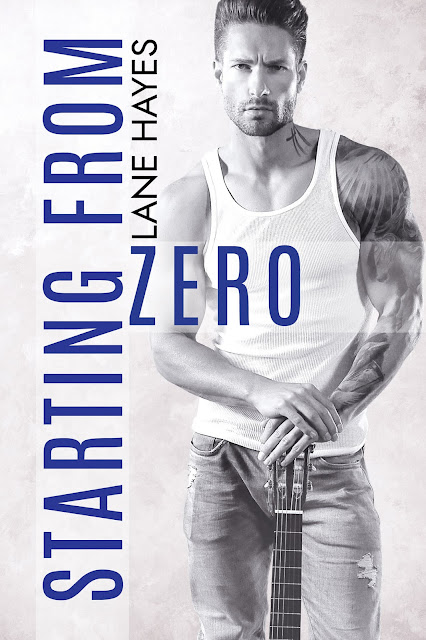 Justin Cuevas is going through a rough patch. A broken relationship, a scandal, and the demise of his band have shaken the aspiring rock star’s confidence. Working two jobs and sleeping on his friend’s sofa isn’t ideal, but Justin isn’t ready to give up yet. With a little luck, he’s hoping to re-launch his music career in LA with his new band, Zero. The key is to stay focused, and not get distracted by his past…or the sexy songwriter he can’t get out of his head.

Gray Robertson has written dozens of hits and worked with some of the biggest names in the industry. But he’s never met anyone like Justin. The younger man is fiery, passionate, and smart. A powerful voice for a new generation. Other than an unforgettable one-night stand and a passion for music, the two men have nothing in common. Or do they? Justin knows the out-of-the-blue challenge to write a quintessential love song is a huge opportunity. And it’s the ultimate test for someone who’s doesn’t believe in happily ever after. When sparks fly, Justin and Gray realize they have a shot something special if they start from zero together. Maybe even love.

Exclusive Excerpt from Starting From Zero by Lane Hayes

That’s the problem with this love song stuff. How do you draw experience from real life when you’ve never experienced it?”
“You take any strong feelings you’ve had and work through them in words. I’ve written plenty of love songs while I’ve been single. It’s a matter of being in the right mindset. I wrote ‘Midnight Love’ after my divorce. Do you know that one?” I hummed, then sang the first line, “Your sweet smile in the moonlight…”
“I like that song. You wrote that?” he asked with a dopey grin.
I nodded. “I did. And at that point, I hadn’t been in love in years.”
“So you faked it?”
“I wouldn’t say that. I just…drew from other experiences and when that didn’t help, I did some research. I watched old romantic comedies, read sonnets and poetry, and I observed.”
Justin raised his eyebrows. “I see. The old creepy voyeur technique. I’ve never tried it.” “Everyone people-watches.”
“Not me,” he singsonged.
“Bullshit. I have an idea. We’ll do it together. That’ll be a good way to get started and put words down to some of the melodies we’ve worked on tonight.”
“O-kay…where does one go to people-watch lovers?”
“Places you’d go on a date. Movies, dinner, the park, the beach, the mall.”
“Seriously?” he gaped incredulously. “If you were gonna ask someone out, you’d take them to the mall? Dude. Even I know that’s lame.”
“Okay, but I’m not writing about only things I like. I want to write in a language everyone understands. Get it?”
“But the mall?”
I sighed in mock defeat. “Pretend you just landed a hot date with the guy or girl of your dreams. Where are you gonna go?”
“Somewhere free. I’m on a tight budget.”
“The mall is free.”
“And boring,” he countered. “And what’s the point of going someplace where you can’t afford anything?”
“You can window shop,” I suggested cheerily.
He held my gaze until I laughed. Then he shook his head and lifted his water bottle to his lips to hide a smile like he thought I was kind of a dork and didn’t want to hurt my feelings. Fuck, he was cute. Well, mostly hot…but cute too.
“What about you?” he asked. “Where would you take a hot date?”
“Dinner, movies…”
Justin slumped in his chair, closed his eyes and fake-snored before sputtering awake. “Remind me never to go out with you.”
“Deal,” I agreed with a half laugh. “I’m a terrible date. I don’t like going anywhere. I’m perfectly happy to stay home and play music and video games all night.”
“Is that an adorkable way to ask me to play Assassin’s Creed with you?”
I chuckled. “No, it wasn’t, but let’s do it.”
“You sure you can handle me?” he taunted.
“No, but I’m willing to try.”
Justin kicked my ass. I could make excuses about being distracted by his contagious enthusiasm and childlike sense of fun. That was all true. But I also liked the sound of his laughter and the feel of his body next to mine. I’d lost track of time a while ago. The house was quiet, and as the night stretched on with nothing and no one to interrupt us, we seemed to drift closer on the sofa. Knees touching, then thighs and arms. When he annihilated my last man, he tossed the control onto the coffee table and let out a victory cry. Then he draped his leg between my thighs and crashed his mouth over mine.
Maybe the maneuver was meant to be playful. I knew a lot of people who were capable of meaningless kisses and offhanded flirting. I wasn’t one of them, but maybe it was a generational quirk. However, when he licked my lips in a wordless request for entry, I figured we’d moved past “casual.” We made out with slow kisses and roving hands. There was a sweetness in the unhurried give and take of twisting tongues and soft sighs…until he pulled my shirt from my jeans and raked his fingers along my sides.
“Fuck, I want you,” he whispered. 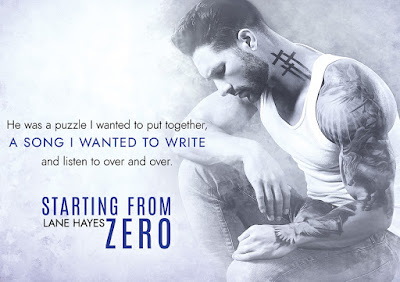 Win a copy of Starting From Zero!
Just fill out the rafflecopter here!
Contest ends May 6th
thanks
a Rafflecopter giveaway
Posted by Diverse Reader at 10:32 AM