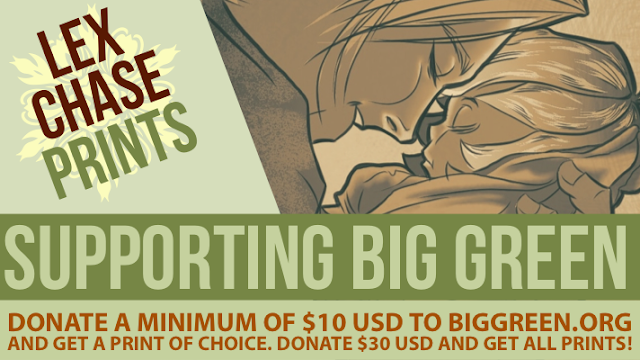 Hey everyone! I’m Lex Chase and Meredith was awesome to let me drop by today on my 40th year in the simulation!
For those of you wondering who’s this weirdo (which is highly possible) once upon a time I was an author for Dreamspinner Press and DSP Publications. I write sci-fi/fantasy that has been described as “high concept,” “quirky,” and my fave “that weird shit.” Which was said in the nicest possible way!
I’m better known lately as an artist, which was my original calling before writing. People throw money at me, and I draw them whatever their heart desires. I’m one of those “Art School” people and know where all the bodies are buried. I have some wild tales from art school. Truth is stranger than fiction wild.
I am also obsessed with two things: The first being flowers. I looooove flowers. For reasons I will elaborate on momentarily. The second is I seriously drank the Musk family Kool-Aid. Which I will elaborate on the key points to avoid my gushing.
Kimbal Musk (big brother to Elon, yes that Elon) is an all-around amazing human and good people. He’s a chef with restaurants all over Colorado and expanding into other parts of the US.
Kimbal started a non-profit called Big Green, which is all about teaching children where their food comes from via learning gardens. His goal is to change a child’s relationship with nutrition, as well as hunger and obesity in the US. Aiming to provide accessibility to healthy meals for those who would otherwise go without.
To raise awareness, Kimbal created Plant a Seed Day on March 20th, which was a faaaaabulous idea. After three weeks, being as savvy with humans as he is, he revisited Plant a Seed Day and encouraged people to post photos of their seedlings. I’m fairly certain he’s going to follow up later with asking about the seedlings being plants.
Now, switching subjects, how I’m obsessed with flowers. (There is a pay off, I promise.) I’ve had this book idea I had cooking in the back of my head since 2006 that I had put off for years upon years inspired by the language of flowers. Like major high concept. Epically weird.
Well, finally for the last four years and countless iterations, and frustrations with trashed drafts, I’m on course to finish Book 1, called Grow, by mid-May.
The elevator pitch is the series is “The Revenant meets Three Men and a Baby.” Brilliant, right?
Also, as people have seen me babble on FB, it has “plant people.”
Yup. That’s a thing.
The plant people are called Blooms, which are humanoid beings with flower petals for hair and large prismatic eyes. And they’re named after the flower they represent and their behaviors are modeled around what those flowers mean, or actually what the flower is used for.
And of course, I draw these folks a lot. Like constantly. They’re all over my Instagram (which you should super duper follow at http://instagram.com/lexchaseart) because apparently I participate in fandoms all wrong.
Among them is one of Grow’s main heroes John “Muir” Harbin, so named after the historical figure John Muir who was instrumental in the creation of Yellowstone National Park and the National Park Service. My Muir is a human who was driven by arrogance and ambition and being an all-around shit show only to lose it all and truly find his way in this strange new environment. 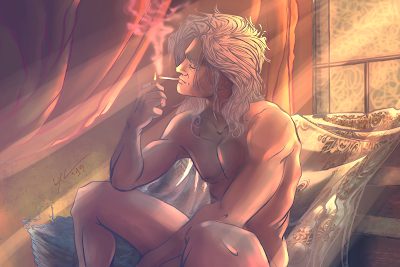 There’s also the love of his life, a Bloom lass named Violet. She’s exceptionally bright, devoted to science, and supports human and Bloom coexistence. She’s been told all her life how ordinary she is unlike the alluring orchids and snapdragons. How do you honestly judge beauty when the entire race is beautiful? 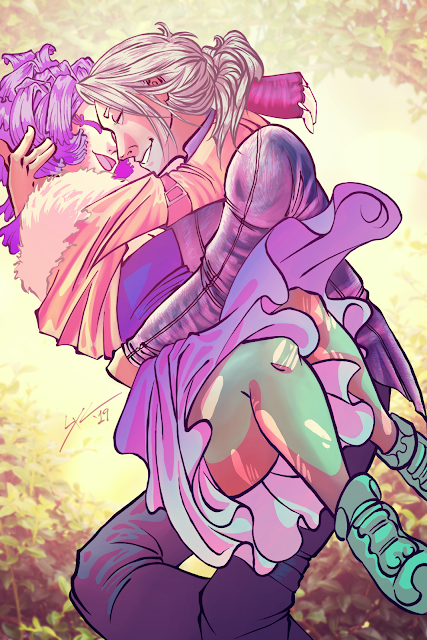 And then there is their tiny Seedling son, Iris. Due to tragedy, Muir finds himself as a single father to a special needs child. In my research, I discovered irises are clonal organisms. As in not only do they self-replicate, but they have both a pistil and a stamen, as in both flower sex organs. So Iris, for reasons, is a type of intersex known as harmonious. He’s both and neither at the same time. So Muir is very much raising his rainbow and letting Iris make his own decisions about gender. Iris seems pretty comfortable with identifying as a boy, but Muir is completely open if Iris wants to identify as a girl, as non-binary, or whatever else comes to his mind. Iris could tell Muir he identifies as the color purple and Muir would love him all the same.
Parenting: U Dooin Eet Right. 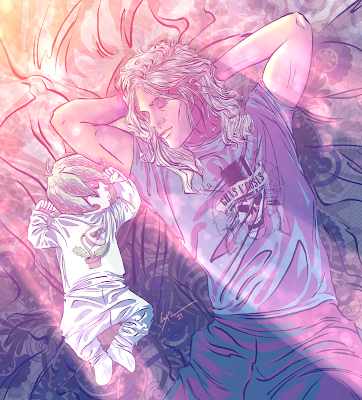 Grow, and the rest of the series, despite being a dystopian hard sci-fi and kinda…well… out there at it’s core is a family saga about figuring out parenting and making sure your kids reach adulthood with all fingers and toes intact and ideally along with both eyes. It also asks hard questions about ethical treatment of a new undiscovered race, and the civil rights that come with that. They’re sentient, but are they fruits and vegetables? Do they deserve rights too? What if they marry a human? Do they deserve to be considered a sovereign nation? Or do they need to be managed by humans because they supposedly can’t manage themselves? And amidst all that, Muir is dealing with sheltering Iris from the humans that would exploit him and let him be a normal child.
The world can be hideous, humans can be awful, but flowers? Like cracks through the pavement, the dandelion persists. 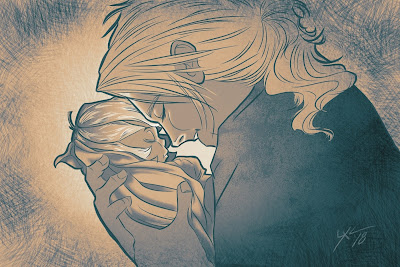 And this is where you come in!
In support of Kimbal Musk’s Big Green Organization, if you donate a minimum of $10 USD to https://biggreen.org, and send me a screencap of your receipt to lexchaseart@gmail.com I’ll ship you a print of your choice of my Grow babies! For $30 USD I’ll ship you all of them! You absolutely must email me your screencap! If you don’t, I won’t know!
Signed by yours truly, and perfect for displaying, framing, or gluing into a planner to use as a dashboard if you’re into that.
Honestly, Seedling Iris in his Mario Bros’ piranha plant onesie is kinda the best.
Also in the mix of prints is a couple babies that don’t appear in the series until way later with the pink petaled girl Peony Newland and her beau Lucas Harbin (Muir’s nephew. Oh. No. You know how that might go.) 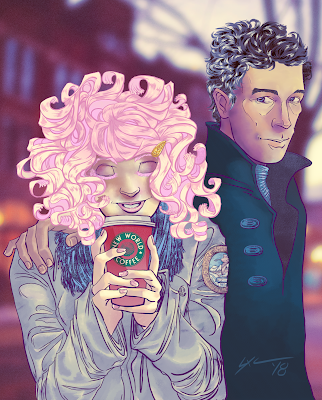 Feeling Christmassy? I have some of Muir being totes drrrrrty Daddy, and a charming Bloom I haven’t mentioned of Muir’s BFF 4EVA Kudzu and and his Christmas date, Mistletoe. 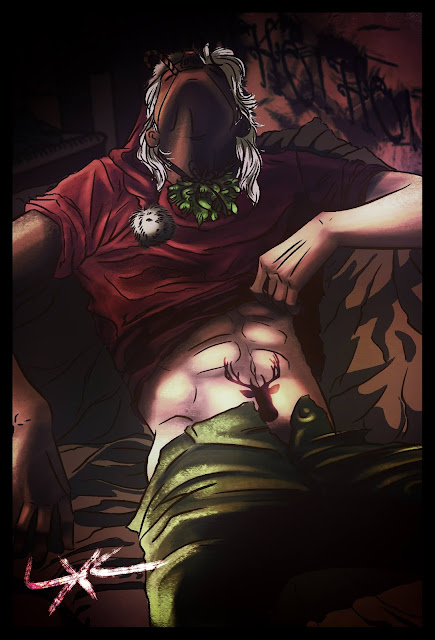 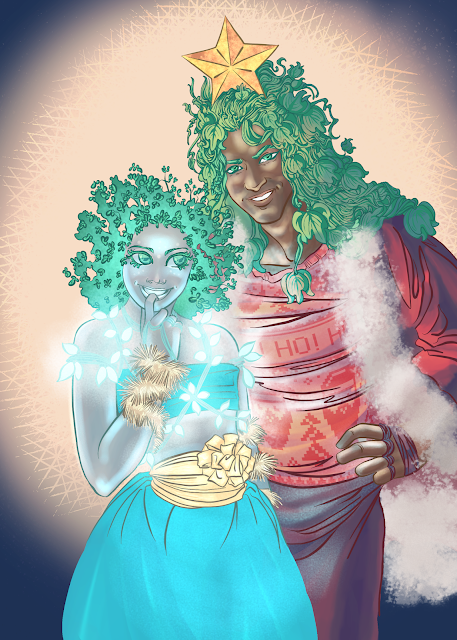 Also a semi-alluring alternate Muir and Violet for you all cute and cuddly. 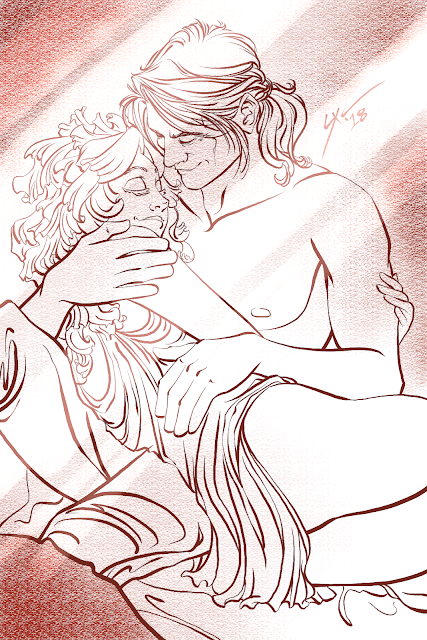 And I know I’ve got some Yuri on Ice fans around here. Looking for a little Yuri Katsuki? 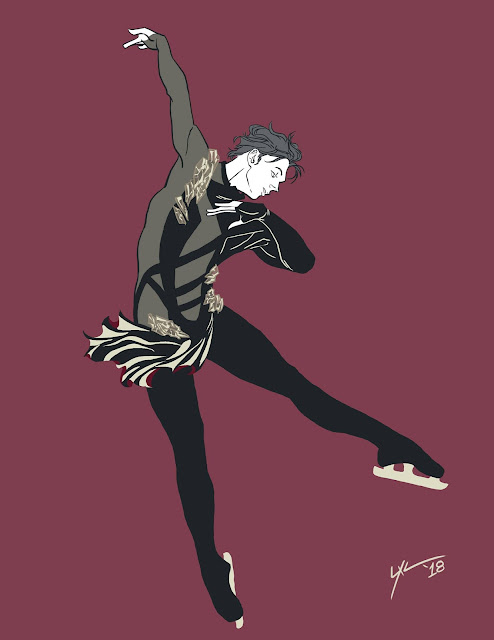 Hannibal fans in the crowd and I haven’t forgotten you with a grumpy Will and my Hannibal Odyssey manga AU. 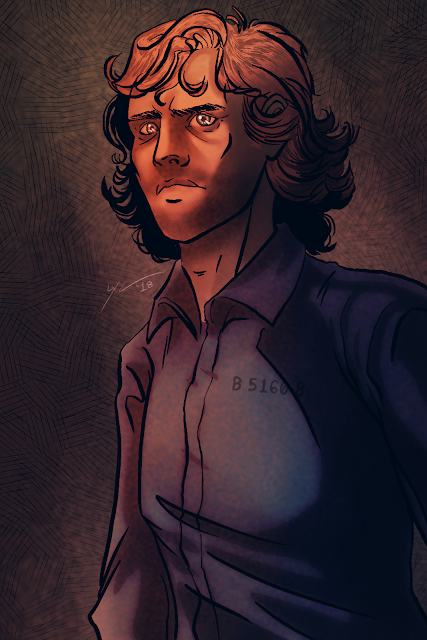 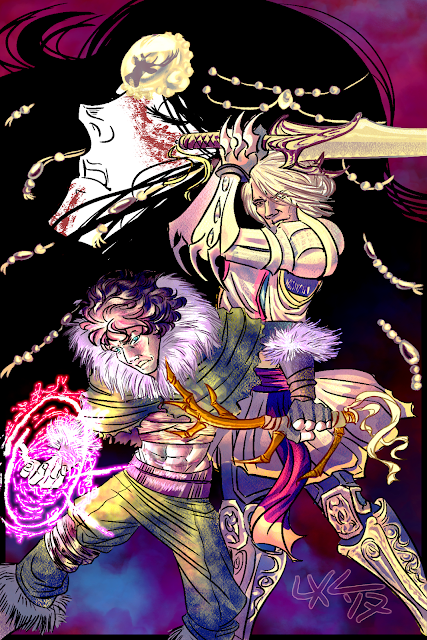 So make those donations happen! There will be plenty of surprises on the way!
US residents only please. But overseas residents can donate on someone’s behalf!
Prints will start to go out late June.