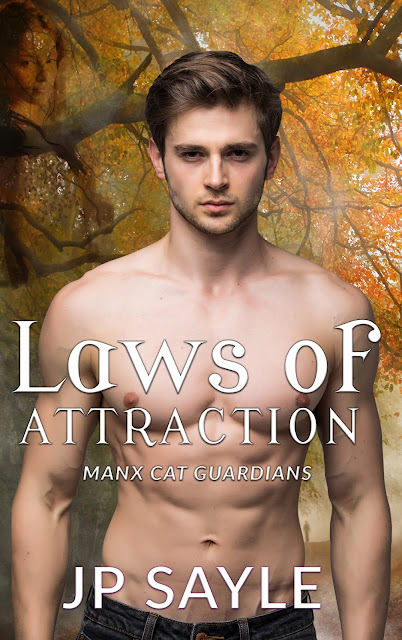 Nick Riley, on the surface has it all. He’s grown up
in a loving family, owns his own home, and has a job he loves. Yet under that
façade of a happy life, Nick hides a multitude of secrets and lies. Those same
secrets and lies have forced him to build walls to protect himself and kept
others away.
Nick’s life is unraveling, and his walls are tumbling
when his brother invites him for a visit to the Isle of Man. Nick is left
floundering, unsure which way to turn and who to trust when his past decides to
come knocking. Things go from bad to worse when Nick finds the fates haven’t
finished with him, and his brother’s best friend, Brody Quilliam, comes to
stay.
Brody Quilliam needs a break from his life and the
weight of responsibility of his job. So when his best friend, Aaden Riley,
moves to the Isle of Man and asks him to visit, Brody decides to take him up on
the offer. Only things don’t go as planned when he finds Aaden’s younger
brother, Nick, visiting at the same time.

Their love-hate relationship is only the beginning of
Brody’s concerns. Events he can’t explain make him think he’s stuck in the
twilight zone.

Witches, spells, and misconceptions are only the tip
of the iceberg as Brody struggles to come to terms with the unbelievable.

Warning:  Some of the content of this
book is sexually graphic, with the use of explicit language and adult
situations involving two males. It is only intended for mature adults.

This is the sixth book in the series and
should be read in order to give the reader the back story of the other
characters. The main characters in this book do get a HEA, but there is a
storyline threading through the main story that is a cliffhanger and relates to
a future series. 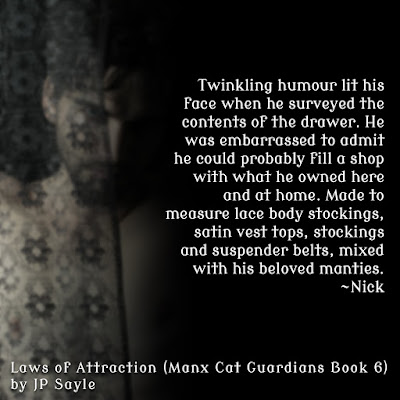 Hey all, I’m Jayne, mother, wife, twin and Nonna (Italian for grandmother, I’m far too young to be a grandma, I shudder at the very thought). I’m not sure in what order they come, I suppose it depends on the day and the time. Then I’m writer and sometimes I’m a nurse manager (she whispers the last part ‘cause she doesn’t want to be that any longer lol).

I’m a lady of a certain age, who found that the little niggle sitting inside my soul was just waiting for me to unleashed in some creative way, and books were it for me. I’ve been asked why I write M/M, and the answer was easy. I couldn’t write about what I know (nursing), but when my creative writing facilitator told me to step outside my head, put pen to paper and stop worrying about what you write, it flipped a switch inside my head. I recommend doing one of those types of classes to any budding author; it opens up your creative side in so many different ways.

I was a revelation to find words flowed easily. Heck, I didn’t know what to do with myself because once I started, I couldn’t stop. The thing is now I struggle to reign myself in, with still having to work at my nursing job. It’s hard not to resent the job from keeping me from my passion. Have you ever felt the burning need to do something that everything fades into the background? Well that’s writing for me. It’s like I found a missing part of myself, I never knew was gone until I started to write.
I’m a great believer in following your dreams. That if you get quiet, and listen to the whispers coming from your soul, you will find what fits you best. I have and it did change my world, my happiness levels and my ability to live right in this moment. I don’t know if I’ll always write in this genre, but it’s where I’m happy now. Though, the pesky voices talking and whispering about epic tales and adventures, won’t be quieted forever, so it’s a watch this space and see what happens. Who knows where the writing will take me. 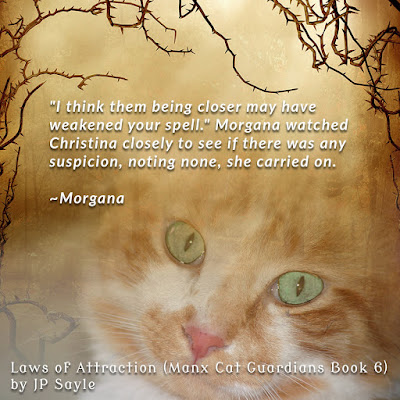 Brody forced himself to lightly shut the bedroom door, even when his hands itched to slam it. The temper bubbled through his body. He looked at the large wardrobe mirror to see if there was steam coming out of his ears. He was surprised to see nothing.

Brody was starting to think Aaden had a built-in radar. Any time he seemed to be making any progress with Nick, then bam, up would pop Aaden.

He dropped the towel and took hold of his erection with trembling fingers. The same erection he was mortified to acknowledge had sprung up when Nick was hurling down the loo. Nick’s tight arse waving at him, encased in a scrap of black silk, and that glorious naked skin on show was too much for his body to handle.

Brody chewed his lip, disconcerted by his own behaviour.

A blush heated his cheeks when he thought about why he left the bathroom door unlocked. He knew damn well Aaden and Greg used their en-suite shower and only used the bathroom in the evening if they wanted a joint bath. Had he secretly hoped Nick would catch him, naked and wet? 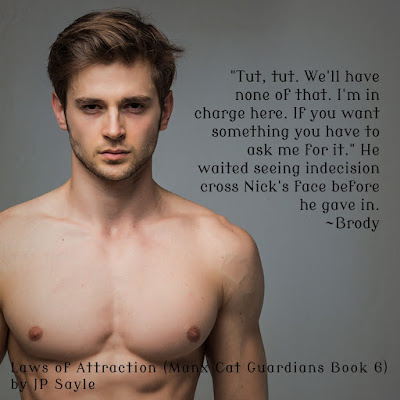 Let me introduce myself, my name is Jayne, I’m a lady of a certain age (50, bites fingernails). I am an identical twin, the younger one of course by 7 minutes. I am married to a wonderfully complicated man, or as he puts it, off his rocker Rob. We celebrated our 25th wedding anniversary recently. I have one daughter and two grandbabies one boy and one girl.

I was born in the Isle of Man; this makes me Manx (not British or English). I moved to the UK for several years, and as a child, I lived in Italy for a while. But, the island calls to me so I returned home in 1998. I love the sea and now it’s only a stone’s throw from my home.

I have worked in the caring profession for 34 years and have been a hospital nurse manager, out of hours, for the past couple of years. I made the decision to work part time nights in 2016 so that I could pursue my lifelong dream of becoming a writer.

I have always believed that I could and would write a book, but life just seemed to get in the way. Until someone asked me the question, “What do I want?” The answer was easy, the hard part was making it happen. Well, it did and it has and it was life-changing for me.

So over two years later, my career path has changed and so has my life. I found my happiness again in something that just brightens my day. Now I won’t say it’s been a breeze because those who write know it’s not a total blast all the time, but it has been fun and exciting.

I am asked a lot why did I choose to write a gay romance. I went to a creative writing group (couldn’t recommend this enough for new writers); anyway, the course leader gave me these words of advice. “Put your inner critic aside, put pen to paper and just write, don’t worry about what comes out, just write.” I was a bit, really that works, but I decided to give it a go with it. Ignored all the research I did, which said to write about what you know because that just wasn’t working for me for many reasons. The answer it seemed was to try something different and I found it flowed out and 6 weeks later I had the bones of my first book (113,000 words). Writing something so different to what I was doing in my life, freed me.

My island is steeped in folklore and I have used some of this in my writing, particularly Where it all Began: Manx Cat Guardians Origins. The book, I have to say I love the most, if I had to choose right now, but that might change ☺

Writing has unleashed a beast in my mind and now I can’t switch it off. I follow a lot of authors and I listen to them talking about their characters talking to them. I so get this now, I find myself muttering and talking at odd times. I wake up at 3 am in the morning, with bits of story wanting a voice.

I have six books written currently with two more in the pipeline and a couple of ideas for future series, so you never know what will come next. I have lots of places you can stalker me if you’re interested in finding out more.
https://www.goodreads.com/user/show/39039955-jayne-p-sayle    Goodreads
https://jaysayle.tumblr.com/    Tumblr
https://www.bookbub.com/profile/j-p-sayle    Bookbub
https://www.instagram.com/jaynepaton/   Instagram
https://twitter.com/JPSayle69    Twitter
https://www.facebook.com/JaynePSayle?ref=bookmarks    Facebook
http://jpsayle.com/    Website address
https://www.facebook.com/JPSayle69/  Facebook Author page