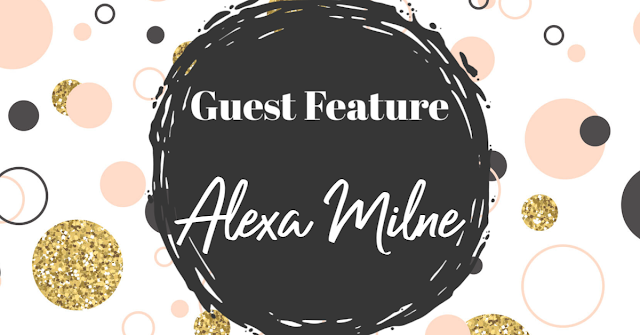 It's wonderful to have author Alexa Milne here today to talk about their upcoming book Two For The Road. There's an awesome guest post, a look in to the book with an excerpt, and a giveaway so check it out! 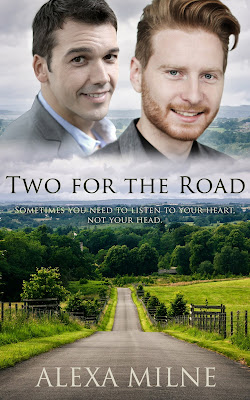 Blurb
Sometimes you need to listen to your heart, not your head.
As a teenager, Dylan Hargreaves fell in lust with a man who had been his father’s childhood friend. On his return from university, Dylan is surprised to discover Riley Ormerod is now back living in their small Lancashire village. All Dylan needs to do now is find a way to bring himself and Riley together.
Giving a lift to Dylan Hargreaves is the price Riley is willing to pay to recover his friendship with Dylan’s father. After living in London for twenty years, Riley came home a year ago to escape heartbreak and take care of his dying father. Here, no one knows his secrets.
With Dylan determined to discover more about Riley, and Riley finding himself drawn to this intriguing young man, can they find what they need in each other? And if they do, will they be able to overcome Riley’s doubts and the attempts of others to tear them apart?

Two for the Road

I have to admit Peter Kay makes me laugh. For anyone other than Brits reading this, Peter kay is a comedian from the north of England. It was his show, Car Share, that gave me the idea for Two for the Road. What if you wanted to spend time with the person you fancied? Sharing a car to and from work would give you the ideal opportunity, wouldn’t it?
Dylan has fancied Riley for years but never expected to have a chance with him. For a start, Riley is twenty years older than him, Riley lives in London rather than a small Lancashire village just off the A59, he’s a successful lawyer, while Dylan is a trainee financial officer, and most importantly of all, Riley was Dylan’s father’s best friend. Still, when Riley returns to the village, Dylan angles a lift and begins his campaign to get Riley to notice him.
Car Share had a lot of will they won’t they in the story and Two for the Road is the same. Riley, being forty-two has baggage and isn’t at all convinced that Dylan could fancy him, let alone love him. And then there’s the problem of how others will see their relationship.
This is the first time I’ve written such a big age gap of twenty years. Some of my other stories have had gaps of ten years. In this one, I wanted to acknowledge the differences, but also what they shared. Much of the inspiration for this came from my own family. Two people with a seventeen-year age gap showed how much this didn’t matter. One of those people, my brother, is no longer with us. My sister in law shared something he once wrote to her after he died, that falling in love with her had been the easiest thing he’d ever done. I borrowed that line for this book.
Two for the Road means such a lot to me. At a time when writing has been difficult, I finished this one. I hope others enjoy it too.
Buying Links
Publisher https://www.pride-publishing.com/book/two-for-the-road
Amazon Universal link myBook.to/TwofortheRoad

Originally from South Wales, Alexa has lived for over thirty years in the North West of England. Now retired, after a long career in teaching, she devotes her time to her obsessions.
Alexa began writing when her favourite character was killed in her favourite show. After producing a lot of fanfiction, she ventured into original writing.
She is currently owned by a mad cat and spends her time writing about the men in her head, watching her favourite television programmes and usually crying over her favourite football team.

ONE commentator will win so comment below with a valid email address
to be contacted.