All About Me and What's To Come~ August Li #Giveaway 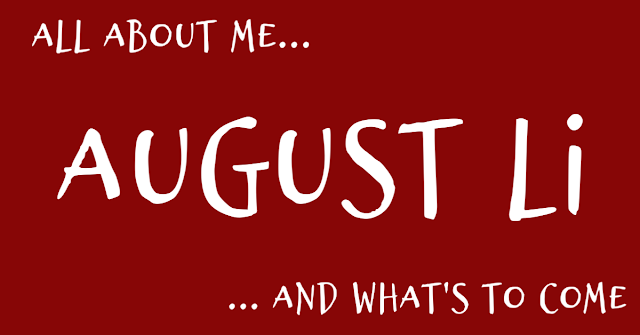 Great to have to have you all back for our next featured author August Li. They're here talking about their work, showing off some awesome art, and they have a giveaway! So hang out and enjoy.

Hey Diverse Readers! Thanks for taking time out of your day to hang out with me. For those of you who don’t know me, my name is August (Gus) Li. I write fiction with multicultural and LGBT+ characters, usually with some element of magic, science fiction, or the paranormal, and often with exploration of all sorts of interpersonal relationships between them.

First I’ll talk a little bit about my latest release, Nomad’s Dream. This story means a lot to me because it’s been on the periphery of my mind for at least ten years or so. It all started when I picked up a bottle of champagne-gold OPI nail polish with the same name, and that phrase just stuck with me. I knew I wanted to use it in a book or as the title of one. What can I say—inspiration comes from strange places sometimes. I never forgot about it, but I also wanted to do it justice, so I dismissed dozens of ideas before the seed of this book finally took root. But like much of the work that I think is the most successful, it took a long time to germinate, and I spent many hours walking on the beach, thinking about Isra, Janan, and Flicker, trying to get to know them and understand them before I began. And then there was the research. Oh the research.

Nomad’s Dream is different to much of my work in many ways. First, it’s less nihilistic and much more hopeful. It’s also a solid romance that I think meets the expectations of the genre nicely, complete with a happily ever after for the guys. Foxes are only on-page for a sentence or two. It’s less twisty than some of my plots, though I still think (hope) there will be plenty to surprise readers in its pages. In some ways I suppose it’s a reflection of where my life has taken me recently—meeting an incredible woman, falling in love, and settling down much more than I have in several years. I’m happy and still kind of in awe of my good fortune. That makes it easier to write about love.

What’s next for me? I’m currently working on another installment in the Incubus Honeymoon series—not really a sequel, since I’m endeavoring to ensure each of these urban fantasy adventures stands alone. It’s a different state of mind to Nomad’s Dream, for sure, but enjoyable and challenging in its own right. One of the best parts of being a writer is the necessity to learn about such widely varied subjects. 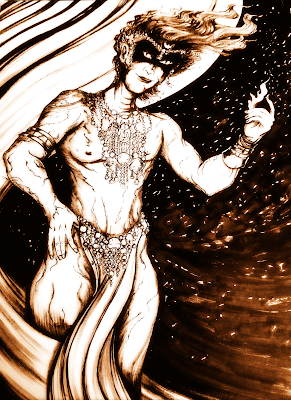 And enjoy this interpretation of Flicker by talented illustrator Josee Hare (her instagram: https://www.instagram.com/mistaken_for_magick_arts/).

More inspiration for him can be seen on this Pinterest board: https://www.pinterest.com/augustali3/flicker/

I’ll draw the winner for the giveaway in a week, on January 26.

Comment below to win a $10.00 Dreamspinner gift card!  (please put a valid email address with the comment to be contacted)
August will contact the winner on January 26th
Thanks!

Email ThisBlogThis!Share to TwitterShare to FacebookShare to Pinterest
Labels: All About Me and What's To Come, August Li, Dreamspinner Press, Giveaway, LGBT