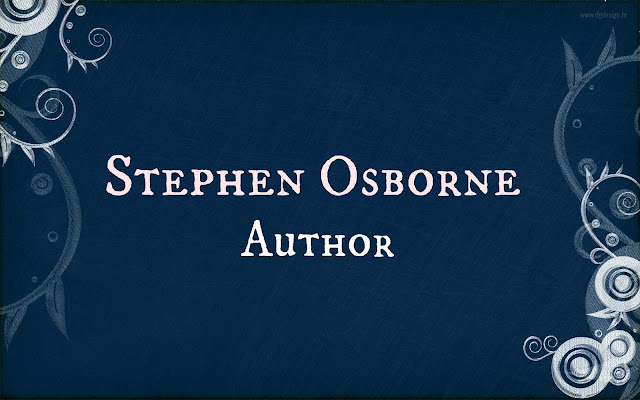 It's always exciting to have a "new-to-me-author" on the blog! So exciting to have them as a Saturday Author Spotlight! Today we have author Stephen Osborne. He's written such books as Raven's Rest, Speaking of Dreams, and the Duncan Andrews Thrillers, as well as many other books. We will have an interview with him, look at his work, and end it with a giveaway! So, get your coffee, tea, whatever, and enjoy. 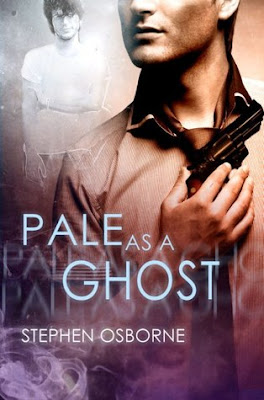 Private detective Duncan Andrews’s best friend Gina is a witch. His dog is a zombie. And his dead boyfriend, Robbie, is a ghost. So it’s hardly any wonder that he uses his connection to the supernatural to help him solve cases. Good thing, too, because Duncan has his hands full. Janice Sanderson, the richest woman in Indianapolis, wants him to find her stripper daughter, Brenda, and another client is having some trouble with a specter haunting her family home. On top of that, Duncan has decided to add dating into the mix, though after Robbie’s death, he’s not sure he’s ready.

When Duncan meets Nick while tracking down a lead on Brenda’s boyfriend, he shelves his doubts and agrees to a date. Robbie doesn’t make it easy on him, showing up to spoil his chances, but that is the least of Duncan’s worries—because one of his clients’ husbands is missing and there’s a serial killer on the loose—one Duncan fears isn’t human. 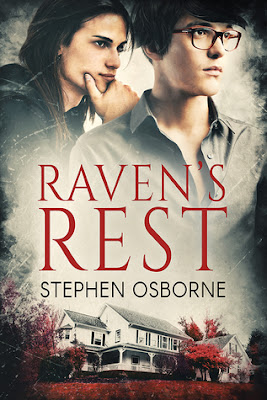 Michael Cook has left his abusive lover and settled in the small town of Banning, Illinois. Having nowhere else to go, he checks into the Raven’s Rest Inn and soon learns that the haunted reputation of the hotel is well deserved. Michael gets a job at a local café, where he meets Trey Ramsey. Though Michael has misgivings about starting up a new relationship, Trey seems to be the complete opposite of Michael’s controlling ex, so he decides to give Trey a chance.

Life at the Raven’s Rest becomes increasingly frightening when the ghost of Coleman Hollis appears in Michael’s room. Coleman seems to want something from Michael, and the mystery deepens when Michael discovers he’s the spitting image of Coleman’s lover from years ago. Together, Michael and Trey must discover why Coleman’s spirit is drawn to the Raven’s Rest—and to Michael. 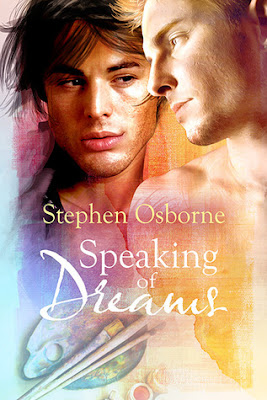 When it’s meant to be, it’s useless to fight it.

Four years ago a drowning accident brutally ripped Jason out of artist Frank Hunter’s life. As he celebrates his forty-fifth birthday with his friends, Frank knows his dating life is over. A chance meeting with Donny Rodriquez, however, shakes Frank’s world to its core. Donny is twenty years Frank’s junior, but so full of life and vitality that Frank knows he has to paint the young man. Donny agrees, although he makes his romantic interest in Frank plain. Frank does his best to put Jason and the past behind him, but the memory of his late lover won't let him go.

Yet Donny sparks something in Frank, and after several disastrous dates with men his own age, Frank ends up back with Donny. Donny soon learns that to win Frank’s heart, he must not only bridge the age gap but find a way to enable Frank to let go of the past.

Thank you, Stephen, for agreeing to be here today as Diverse Reader’s Saturday Spotlight. I’ve never had the chance to pick your brain do I’m very much looking forward to it.


First tell us three things about yourself that we wouldn’t read on your bio?

I’ve been to over 20 Bob Dylan concerts. I lost count after that. I love ghost stories, and spend a lot of time at haunted locations. Some of my favorite, and most active, locations are the Tinker Swiss Cottage Museum, the Coronado Theatre, and Willow Creek Farm. Saw a chair topple over on its own there! And I won’t watch a movie if I know a dog dies in it. I’ve never seen Old Yeller (doggie snuff film!) or Marley and Me.

Where did your love for writing come from?

My love of a good, fun story comes from an old TV show, Dark Shadows. No one in my family read, but that show got me interested in stories. As a youngster, I quickly went from the Hardy Boys to the Sherlock Holmes stories by Conan Doyle. Once those were devoured, I went on to Ellery Queen and Agatha Christie.

You love to write thrillers. Who were some of your inspirations?

Stephen King. I love the way he can make you care for a character, and then when horrible things happen to them, you adrenaline starts pumping! I also like the smart, wise-cracking detective (the Spenser books by Robert B. Parker and Archie Goodwin from the Nero Wolfe tales by Rex Stout) and that’s where the idea of Duncan Andrews sprung from.

When promoting/marketing your books what have you found to be the most successful ways?

I’m still learning! I think what works best is being yourself. Don’t flood your Facebook page with “buy my book” promos (just every now and then) and don’t whine. Make yourself available to your readers. Answer their questions promptly.

Are you attending any conventions or conferences this year?

When reading a book what is one pet peeve you have that ruins books for you?

Other than killing a dog? Bad editing. When I find a misspelled word on nearly every page, I get frustrated. One book I read used “lightening” twice instead of “lightning” and even got the main character’s name wrong once. Spell check isn’t an editor, people!

Would you ever collaborate with an author and if so who would you love to work with?

Oh, yes. John Inman. What an honor that would be!

I’m working on the 6th book in the Duncan Andrews series. I also want to write a follow up to Raven’s Rest, and the plot for that is simmering in the back of my brain.

Okay, thank you so very much for being here.

Stephen is offering one person a paperback copy of
Speaking of Dreams. Contest is international
Please fill out the rafflecopter below!
Contest ends on April 14th!
Thank you to Stephen for hanging out with us today.