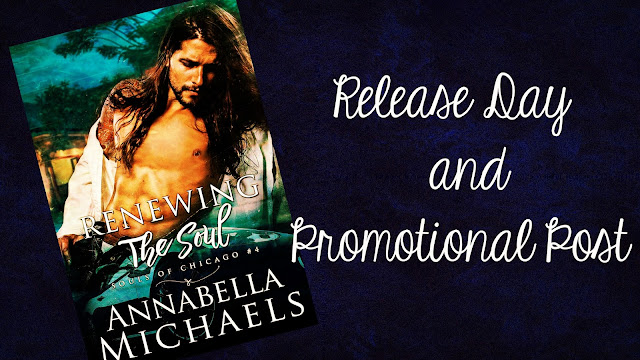 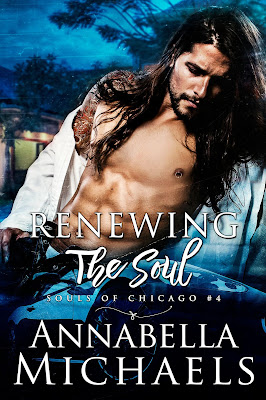 
Rocko earned and loved his reputation as the wild child of the rock band, Carter’s Creed. His bandmates dubbed him Animal, not only for his skills on the drums, but because he was always looking for the next thrill. Sex, drugs and rock and roll were what he lived for. That was until one night when his wild ways nearly cost him his life.
As the owner of Golden Entertainment Studios, Lachlan Edwards had a vested interest in his newest clients, the members of the band, Carter’s Creed. He wasn’t surprised when they quickly rose to the top of the music charts, given their talent, but he was concerned with how their drummer, Rocko, seemed to be spiraling out of control. When Rocko seemingly hits rock bottom, Lachlan decides to step in and offer him a chance to recover.
Will Rocko accept Lachlan’s offer even if it means facing the past he’s tried so hard to run away from, or will it all prove to be too much and send him spiraling out of control once again?

I finished shoving my clothes in my suitcase and zipped it shut, then pulled my long hair back into a loose ponytail. I’d listened quietly as my best friends and bandmates told me that they refused to stand by and watch me kill myself and that if I didn’t go through rehab then I was out of the band. At first I was pissed that they were threatening my place as their drummer, but after giving it some thought, I realized that they’d only said those things because I’d scared them and because they cared about me. As soon as I was released from the hospital, I’d checked myself into a rehabilitation program.
The first several days had been pure hell as my body ridded itself of all the drugs and alcohol I’d poured into it. Detox was not for the faint of heart and I made a promise to myself that I would stay clean and sober from then on.
Since then I had spent countless hours attending daily group and private counseling sessions, as well as art therapy. I didn’t have a clue how making a lopsided vase out of clay was supposed to help me, but I went along with it. The group counseling sessions were boring as fuck, but I was usually able to get through them without having to share too much.
The private sessions, on the other hand, were nothing less than an exercise in torture. Dr. Turner and I usually spent the hour staring at each other as he waited patiently for me to answer even the most basic questions. The truth was, I thought Dr. Turner was an alright guy and I wasn’t trying to be a dick, but there were just some things from a person’s past that were better left alone.
Finally, after two months, I’d completed the program and I couldn’t wait to get home. I’d texted Landon, our band manager, and he said he’d arrange for a car to pick me up. I glanced around the room, lifting the blankets on the bed and checking the closet one last time to make sure I hadn’t forgotten anything. Satisfied that I wasn’t leaving anything behind, I picked up my suitcase and walked out of my room.
Dr. Turner was waiting in the hallway. “I just wanted to congratulate you before you left. You should be proud of how far you’ve come and I wish you all the best.”
“Thank you,” I murmured, not quite sure what to say.
He held his hand out and I shook it. “Good luck, Rocko. Try to let more people in; you might be surprised to find that not everyone will let you down.”
I watched him as he turned and made his way back down the hallway, his words running on a loop through my mind. I walked towards the front door, feeling a little nervous to be leaving the safe walls of the facility. A black Escalade was sitting at the curb with its engine running so I opened the door and headed down the sidewalk. It was dark out and I was relieved when nobody jumped out of the bushes to snap a picture of me as I left rehab.
The driver got out and I handed him my suitcase then climbed into the back seat. I was grateful that the privacy screen was up between myself and the driver because I didn’t feel like talking to anyone. I scooted down in my seat and closed my eyes, taking a deep breath as the car began moving.
It had been easy to follow the program while I was in rehab because there were no temptations. No one offered me drugs, alcohol, or sex. Out in the real world was another story though, and my hands began to shake as I wondered whether I would be strong enough to refuse my old vices when I was faced with them. I knew what was at stake though, so I would fight hard to maintain my sobriety.
I drifted off to thoughts of seeing my friends and playing the drums again. I jerked awake when I felt the car slow to a stop and peered out the window, confused about where I was. I pushed the intercom button. “Excuse me, I thought you were taking me home. This isn’t where I live.” Before the driver could respond, my door swung open. I climbed out of the car, ready to apologize to whoever lived there and explain that some mistake had been made, but I stopped short when I saw the person standing there.
“Hello, Rocko. I’m glad you’re here,” Lachlan Edwards said stiffly.
“Where are we?” I asked in confusion.
“This is my home. Please, come inside. We have some things to discuss.”
Fuck! This can’t be good. I clenched my jaw as he turned and started to walk away. I’d done everything the guys in the band had asked, including going through the rehab program and getting clean, so that I could keep my position as the drummer for Carter’s Creed, but Lachlan owned Golden Entertainment Studios which held our contract; ultimately the decision of whether I was fired or not was up to him. 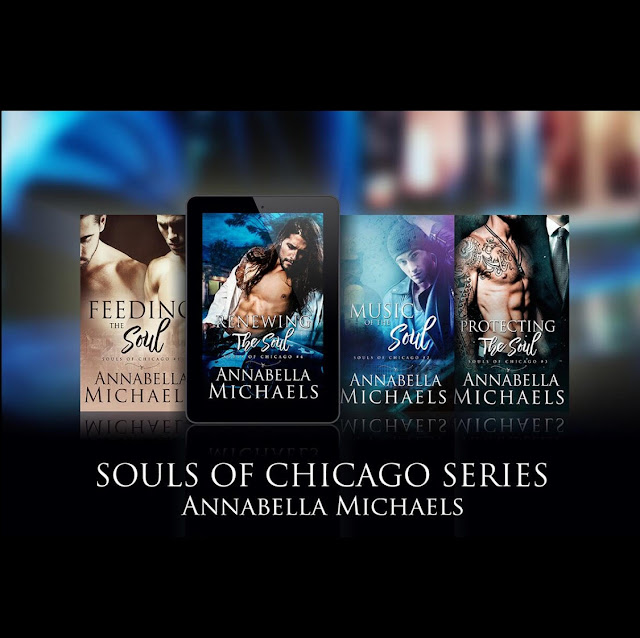 Feeding the Soul ~Book One

Music of the Soul ~ Book Two

I am married to my high school sweetheart who let’s face it, is a saint for putting up with me all of these years. Together we have been blessed with the chance to raise two amazing human beings and so far we haven’t screwed it up; I’ll let you know for sure later. I am a business owner and spend more time laughing than actually working most days. I love watching movies, cooking, going to the beach and spending time with my family and best friends. I am an obsessive reader who is a complete sucker for a good love story, but loves to feel a broad range of emotions throughout a book. I think real life is hard enough and so my books offer twists and turns, but always with a happy ending.

Annabella will be gifting 5 people a reader's choice
of any book in her Souls of Chicago Series!
Enter the rafflecopter below.
Contest will end on April 11th!
Thank you

a Rafflecopter giveaway
Posted by Diverse Reader at 8:34 AM