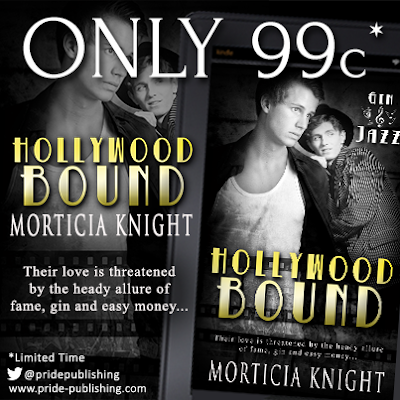 I adore the 1920s. Art Deco is my favorite style and I love the fashion and the tales of early Hollywood. Add in the overall glitz and glamor, and it’s incredibly exciting to me. The Great Gatsby is one of my all-time top books and I’ve seen every film version of it. I grew up in Los Angeles and developed a fascination for the history of the area early on. For my twelfth birthday, I asked my parents if I could go to Hollywood like a tourist. I suppose I was destined to write this series!

When I began to form the idea for the Gin & Jazz series—that would eventually become a saga-like journey of characters in early Hollywood—I decided that I wanted to use some of the genuine locations that existed at the time, and incorporate them into the series. One place in particular that has also shown up in other books, is Musso & Frank’s Grill located on Hollywood Boulevard. 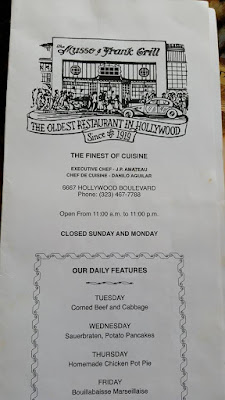 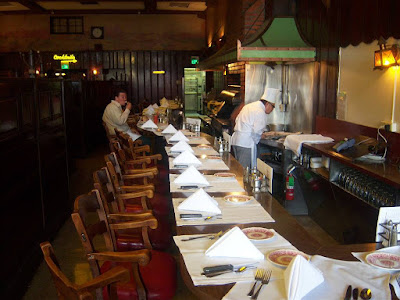 Musso’s has been a Hollywood staple since 1919, and a haven for celebrities and those in the film industry. If you’ve ever seen the movie Ed Wood—the scene where Johnny Depp storms off the set wearing the blond wig and cashmere sweater, then has a drink with Orson Wells, was filmed at Musso’s. I included a few scenes from the grill in Razzle Dazzle and Casting Call, most notably the one where the seductive silent film star, Roman Pasquale, first puts the heavy moves on the naïve Jack Stone.

As Roman continues to woo the reluctant Jack who is still nursing a broken heart, I incorporated many other historic locations too. One of the ways that film stars of the era could hide their illicit doings from Will Hays—the film industry’s well-paid moral police—and the press, was to take trips out of town. It was a different time, a time when simply going fifty or a hundred miles away from Hollywood could protect a star’s privacy. 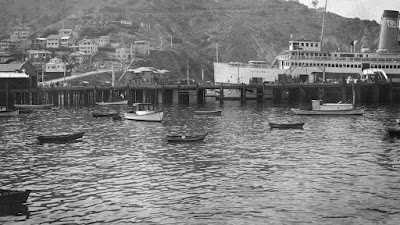 Two of the several places I used were Catalina Island and Santa Barbara. Avalon on Catalina was a haven for the rich and famous in which to hide out. Whereas the times and mores of Tinsel Town allowed an openness behind closed doors and on the studio lot that didn’t exist elsewhere, playing the part of straight still had to be strictly adhered to anywhere else. Anyone discovered in an intimate situation with someone of the same sex would be career suicide. By the same token, a married actress or actor could play with their lover in relative safety just by hiding away on the Pacific Coast island. 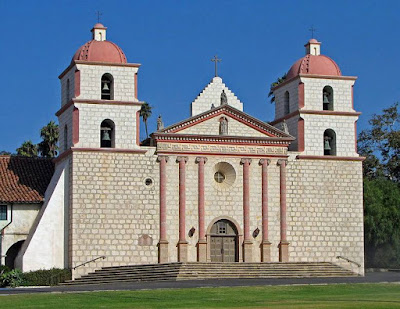 Santa Barbara was another great celebrity getaway. Mary Pickford and Douglas Fairbanks, Jr. would travel there on the weekends to see the polo ponies, a popular entertainment at the time. Roman takes Jack there on an outing and brings him to El Encanto (the enchanted) a beautiful inn and restaurant situated in the hills above Santa Barbara near the Mission. I’ve been there many times over the years and was thrilled to discover that its history reached back to the early twenties and that I could use it in Razzle Dazzle (Gin & Jazz 2)

The first four books of the Gin & Jazz series, which begins with Hollywood Bound, follow Jack Stone’s journey to true love. They feature a love triangle, glitz and glamor, drama and surprises. But the most important element is love, and what one young man has to endure before he can understand what really matters in life. I hope you take Jack’s journey with him, and then continue on with the rest of the characters in this seven-book series which is on sale right now as well. As always, my men get their happily-ever-afters, but these true loves set against the backdrop of the silent film era are hard fought and hard won.


It’s the silent film era of Hollywood and young, innocent Jack fights for love amid the heady allure of fame, gin and easy money. Can the newfound bond between Jack and Nick survive the tawdry mess that makes up the glitz and glamour of the celluloid kingdom, or will their own secrets tear them apart forever? Follow Jack’s journey to true love that begins with Hollywood Bound.

Jack is on the verge of silent film stardom, but Hollywood glory won’t heal his broken heart. A seductive screen idol and a conniving starlet create even more havoc in Jack’s troubled life and he places his trust in all the wrong people. Will a love that borders on obsession finally bring Jack true happiness?

The pressures of being on the silver screen and being the lover of a demanding movie idol are difficult for the sensitive Jack to handle, and Roman’s increasingly erratic behavior only adds to his stress. Unwanted attention from other men and a startling revelation from movie star Trixie Fox adds to Jack’s confusion. All he’s ever wanted is true love, so how can he give up on Roman and the star’s promises of forever?

Right as Jack feels that his future is looking brighter, a terrible tragedy occurs. But out of his despair, a new hope is born. Jack is given a second chance—one he never would have thought possible. As Jack’s blissful new life unfolds with his lover by his side, an unexpected visitor from the past threatens his new-found peace.  It’s time for Jack to make his final choice.

The head of Global Pictures Studios, Vincent Franklin, promised Jack Stone that he would take care of Jack’s loyal driver, Juan. But for a dominant man like Vincent, Juan’s natural submissiveness causes him to long for much more from the shy young man.

Will Carmichael, an impossibly handsome silent film star, longs for the broodingly intense director André Chenard. But as they take the tentative steps toward true love, an outside threat drives a wedge between them. As a result, they may have more to worry about than lost love—the threat could be to their very lives. Can they find their way to each other despite the hidden perils of the prohibition era?

Former screen idol, Roman Pasquale, struggles to survive in Hollywood as the silent film era comes to a close. But a fresh new playwright is in town and he wants Roman to be more than just his star. Is their lust really love? Or will the drive for success destroy any hope they have for a happily-ever-after?


Giveaway
Morticia is offering one person a $5.00 Amazon gift card!
Fill out the rafflecopter below!
Contest ends on April  23rd
Thanks!
a Rafflecopter giveaway
Posted by Diverse Reader at 5:42 AM