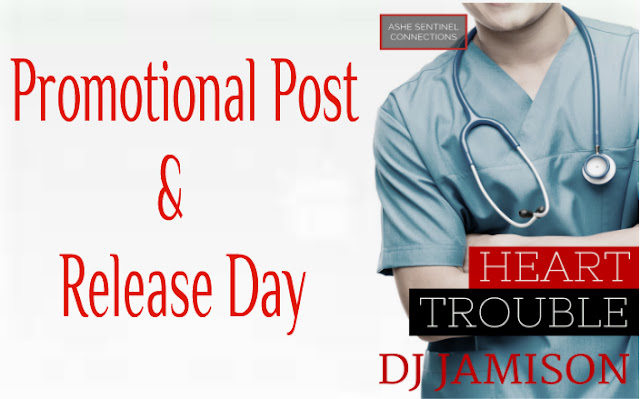 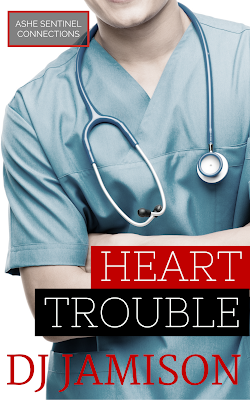 
When Gage Evans gets a look at his hot nurse, he's smitten immediately. Too bad he's given the nurse the impression he's some kind of daredevil. It couldn't be further from the truth. Gage is a college journalism instructor writing a series of guest columns that require him to jump into new experiences -- a fun bucket list, but one that does nothing to convince Ben he's not an adrenaline junkie.


Fresh off his latest heartbreak, nurse Ben Griggs is wary when one of his patients shows an interest in him -- especially when that patient showed up in the ER after a motorcycle accident. Ben's ex was a biker, a friend with benefits, and he dropped Ben cold when someone more interesting came along. Ben isn't the kind of guy who can hold the interest of an adrenaline junkie like Gage Evans for long. The last thing he wants is to lose his heart to the wrong man again.


The more Ben gets to know Gage, the harder he is to resist. He can only hold on for the ride and keep his guard up as much as he can. But Ben's lack of trust seriously gets in the way of building a relationship, and Gage will only be patient so long. Can he trust Gage enough to give his heart, or are they destined to have a fling that goes nowhere?

The man had done a real number on himself. Angry scrapes covered his leg, and he was going to need sutures in two places. But everything looked clean and disinfected, so Ben reattached the bandage and slid the sheet up.


A smile tugged at his lips when, in the process, he glimpsed tight orange briefs under Gage’s hospital gown. Interesting underwear choice. This guy has a bit of flair.


“Is the leg your only damage?”


Gage chuckled, and Ben’s eyes shot up to his face. His lips smirked as he replied. “That’s debatable. What kind of damage are we talking: mental, emotional or physical?”


Ben laughed. “I only deal with the physical, honey.”


Gage’s smile widened, and Ben realized how that sounded. He hurried to get the conversation back on track. Flirting with patients was not ordinarily something he did, and he especially didn’t need to flirt with a biker. Despite what he’d said to Tripp, he was in no hurry to be another guy’s fuck buddy until he got bored.


“What I meant was, that jacket is looking abused. Do you have any other injuries?”


Even as he asked, Ben grabbed the chart to skim over the details once more. Not that he didn’t trust the patient, but he wanted to be sure he knew what had been detailed thus far.


“Jacket saved me,” Gage mumbled. “I might have a few bruises.”


Ben tsked. In addition to sutures, Gage was going to need a round of examinations to ensure there were no breaks or internal injuries to his body.


Ben startled, glancing up. “What?”


Ben bit down on his lip hard as images spilled through his mind. Even in a hospital gown covered by a leather jacket, Gage was a good looking man. His chest was firm and his shoulders broad. It was tempting to agree, just to look a little, after the dry spell Ben had experienced since Tripp dumped him.


That would be playing with fire, and he knew it.


Ben shook his head and replaced the chart.


“The doctor will make a more complete examination,” he said. “Let me go hunt down Dr. Johnston. I’ll scold him until he makes you his top priority.”


Ben smiled his polite nurse smile and turned for the door. He needed to get out of that room before he drooled all over his patient.

Note from the Author
and a
Giveaway

My latest m/m romance is titled “Heart Trouble,” but in my head and heart, it will probably always be “Ben’s Story.”

Ben is the character who spoke in my head, compelling me to write another installment in a series I believed I had finished.

He also pushed me out of my comfort zone writing about a career field I know a lot about -- print journalism -- to writing about a nurse in a hospital setting, which was far less familiar to me.

While Heart Trouble is part of the Ashe Sentinel Connections series, it has the slimmest ties to the series and can easily be read as a standalone. In fact, I’m thinking of launching a spin-off series that would focus on some of the other staff at the hospital where Ben works.

I have always loved books about doctors and nurses, though there aren’t enough of them in the m/m genre, in my opinion.

What are some professions you’d like to see more often in your m/m romance?

Leave an answer in the comments for a chance to win a $15 Amazon gift card!

a Rafflecopter giveaway
Posted by Diverse Reader at 9:35 AM