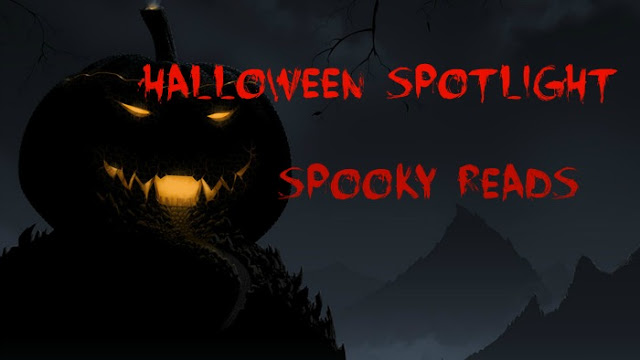 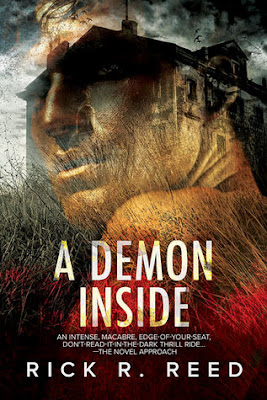 A Demon Inside by Rick R Reed

But will the house be the sanctuary he had hoped for? Soon after moving in, Hunter realizes he may not be alone. And with whom—or what—he shares the house may plunge him into a nightmare from which he may never escape. Sparks fly when he meets his handsome neighbor, Michael Burt, a caretaker for the estate next door. The man might be his salvation… or he could be the source of Hunter's terror. 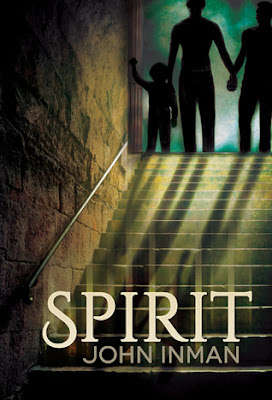 Jason Day, brilliant designer of video games, is not only a confirmed bachelor, but he’s as gay as a maypole. One wouldn’t think being saddled with his precocious four-year-old nephew for four weeks would be enough to throw him off-kilter.

But just when Timmy and Uncle Jason begin to bond, and Jason feels he’s getting a grip on this babysitting business once and for all, he’s thrown for a loop by a couple of visitors—one from Tucson, the other from beyond the grave.

Toss a murder, a hot young stud, an unexpected love affair, and a spooky-ass ghost with a weird sense of humor into Jason’s summer plans, and you’ve got the makings for one hell of a ride. 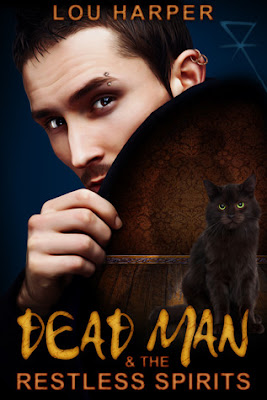 Dead Man and the Restless Spirits by Lou Harper

Dying sucks hairy monkey balls, even when you're not the stiff.

Denton Mills has a secret: he can see dead people. Or rather, how they died. It's quite a drag in a city like Chicago, teeming with the echoes of the no-longer living. Rather than whine about it, Denton has learned to live with his troublesome talent. His adaptability comes in handy when he meets his enigmatic new neighbor.

Bran Maurell catches Denton's eye right away, but unfortunately Mr. Tall, Dark, and Mysterious is as standoffish as he is alluring. However, after an unexpected introduction from Bran's cat brings the two men together, Denton discovers they have a mutual interest in the spirit world. Herbalist by day, Bran moonlights as a witch, performing house cleansings for a fee.

From Bran, Denton learns that his knack for interacting with the dead qualifies him as a necromancer. It makes good business sense for them to team up and rid Chicago of its pesky spirits one grateful client at a time. Amongst ghostly adventures the attraction between the men is impossible to ignore. They seem like perfect partners—unless Bran's not-so-little secret comes between them. 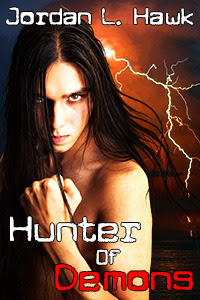 Unregistered paranormal Caleb Jansen only wants a normal life. But when a demon murders his brother, Caleb knows he has to avenge Ben’s death, no matter what the cost. Unfortunately, his only allies belong to an extremist group who would kill Caleb if they found out about his talent.

Gray is a wandering spirit, summoned to hunt and destroy demons by drinking their blood. This hunt goes horribly wrong, and for the first time in his existence Gray is trapped in a living, human body. Caleb’s body…and Caleb is still in it.

Hotshot federal agent John Starkweather thinks he’s seen it all. But when he’s called to exorcise Caleb, he finds a creature which isn’t supposed to exist outside of stories. For Gray is a drakul: a vampire.

Having spent his life avoiding the government as an unregistered ‘mal, Caleb can’t let himself trust a federal exorcist, no matter how sexy. And he certainly isn’t going to give into the heat growing between them and sleep with Starkweather.

Can Starkweather win Caleb’s trust and convince him he isn’t the enemy? Can Caleb keep Gray under control, as the drakul experiences the temptation of a living body for the first time?

Because if he fails and Gray gives in to bloodlust, Starkweather will have no choice but to kill them both. 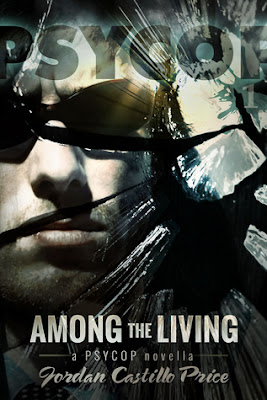 Among the Living by Jordan Castillo Price (PsyCop series)

Victor Bayne, the psychic half of a PsyCop team, is a gay medium who’s more concerned with flying under the radar than in making waves.

He hooks up with handsome Jacob Marks, a non-psychic (or “Stiff”) from an adjacent precinct at his ex-partner’s retirement party and it seems like his dubious luck has taken a turn for the better. But then a serial killer surfaces who can change his appearance to match any witness’ idea of the world’s hottest guy.

Solving murders is a snap when you can ask the victims whodunit, but this killer’s not leaving any spirits behind. 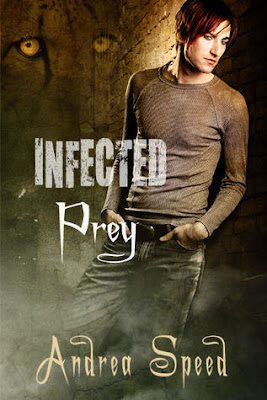 n a world where a werecat virus has changed society, Roan McKichan, a born infected and ex-cop, works as a private detective trying to solve crimes involving other infecteds.

The murder of a former cop draws Roan into an odd case where an unidentifiable species of cat appears to be showing an unusual level of intelligence. He juggles that with trying to find a missing teenage boy, who, unbeknownst to his parents, was "cat" obsessed. And when someone is brutally murdering infecteds, Eli Winters, leader of the Church of the Divine Transformation, hires Roan to find the killer before he closes in on Eli.

Working the crimes will lead Roan through a maze of hate, personal grudges, and mortal danger. With help from his tiger-strain infected partner, Paris Lehane, he does his best to survive in a world that hates and fears their kind... and occasionally worships them. 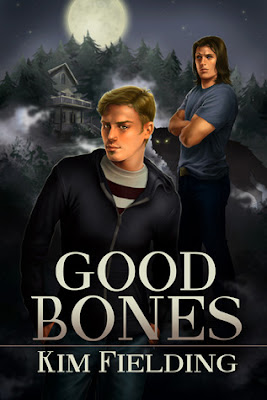 Skinny, quiet hipster Dylan Warner was the kind of guy other men barely glanced at until an evening’s indiscretion with a handsome stranger turned him into a werewolf. Now, despite a slightly hairy handicap, he just wants to live an ordinary—if lonely—life as an architect. He tries to keep his wild impulses in check, but after one too many close calls, Dylan gives up his urban life and moves to the country, where he will be less likely to harm someone else. His new home is a dilapidated but promising house that comes with a former Christmas tree farm and a solitary neighbor: sexy, rustic Chris Nock.

Dylan hires Chris to help him renovate the farmhouse and quickly discovers his assumptions about his neighbor are inaccurate—and that he’d very much like Chris to become a permanent fixture in his life as well as his home. Between proving himself to his boss, coping with the seductive lure of his dangerous ex-lover, and his limited romantic experience, Dylan finds it hard enough to express himself—how can he bring up his monthly urge to howl at the moon? 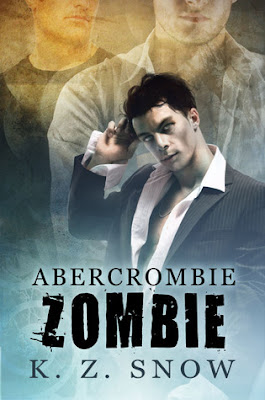 A tale of life, love, death, and other mysteries of the universe . . . including the importance of a good wardrobe.

Dead folks are the best friends of Quinn McConnell and Hunter Janz. Dead folks pay the bills for this team of psychic mediums . . . but just barely. To make it into the financial comfort zone, they need to outshine their competition.

Quinn needs even more than that. He’s been infatuated with his partner for the nearly three years they've been together, and if he can’t either get over his crush or make something happen with Hunter, they’ll have to split up. Sexual tension and unrequited love can wreak havoc with a psychic’s reception.

Salvation comes hobbling along in the form of a well-dressed but ravaged-looking man who can clearly see and converse with the dearly departed. Why? Because, he claims, he has something in common with them: He’s also been dead. The zombie who calls himself Dustin DeWind needs the psychics’ help in finding the man who made him what he is. In return, he promises to steer them toward the often elusive spirits that are their stock in trade.

But something more goes on when Quinn and Hunter forge an uneasy alliance with Dustin DeWind. It seems he’s also nudging them toward each other . . . 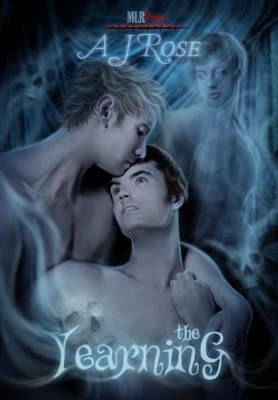 The Yearning by AJ Rose

Eric is a fiercely passionate ghost with a complicated after-life. He’s in love with Justin, a mortician who is very much alive and very much in love with someone else, his best friend Darren. Torn between desiring Justin for himself or wanting Justin’s happiness, Eric never expected his death to be harder than his life. When darkness threatens Justin’s soul, is Eric strong enough to enlist Darren’s help, or will Justin be lost to both of them forever? 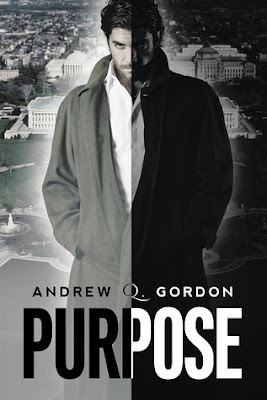 Forty years ago the Spirit of Vengeance—a Purpose—took William Morgan as its host, demanding he avenge the innocent by killing the guilty. Since then, Will has retreated behind Gar, a façade he uses to avoid dealing with what he’s become. Cold, impassive, and devoid of emotion, Gar goes about his life alone—until his tidy, orderly world is upended when he meets Ryan, a broken young man cast out by his family. Spurred to action for reasons he can't understand, Gar saves Ryan from death and finds himself confronted by his humanity.

Spending time with Ryan helps Will claw out from under Gar’s shadow. He recognizes Ryan is the key to his reclaiming his humanity and facing his past. As Will struggles to control the Purpose, Ryan challenges him to rethink everything he knew about himself and the spirit that possesses him. In the process, he pushes Will to do something he hasn't done in decades: care.

Want to read one of these Halloween-y books?
Enter the rafflecopter below to enter to win your
choice of one of these books!!


a Rafflecopter giveaway
Posted by Diverse Reader at 7:22 AM