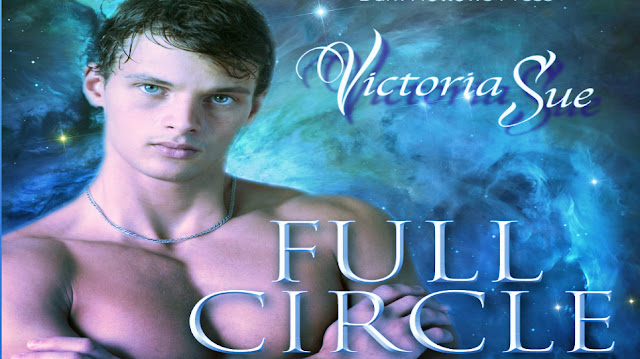 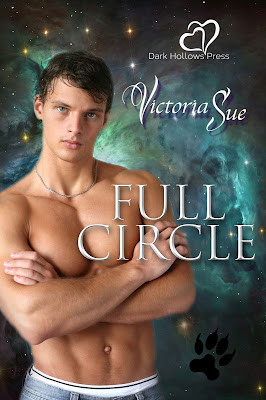 
“Win the love of the wolf with the hardest heart.”

Faced with eternal banishment to hell, Anubis, god of the underworld, has found a loophole in one of the oldest laws which will allow him to unleash his evil on an unsuspecting human world. Orion’s only hope to stop him is to accept his challenge: send a champion to win the love of the wolf with the hardest heart. It will take someone with a pure heart to soften a closed one, so faced with the threat of losing not only the werewolves, but the destruction of the human race, the gods can only do one thing — send Adam, one of their own.

Adam quickly realizes that the werewolf whose love he must win is Jed.  Wounded after the loss of his wife and son, Jed promised he would never love again or be responsible for someone else’s happiness. Adam has been given a near impossible task.

Anubis is eager to see Adam fail, and unbeknown to everyone takes matters into his own hands to make sure of it. Everything happening now is part of his master plan, and finally it has come full circle.

Even if Adam succeeds and wins Jed's heart, will that love survive when Jed discovers the whole thing was nothing more than a bet? Or when Adam does the one thing he mustn’t and falls in love himself, will he not only break Jed’s heart but completely destroy his own?

Okay, so when I was a kid I loved Agatha Christie. Movies, books, television – you name it and I watched it.
I think that might be why I committed the worst crime possible for an author – I murdered someone. I took a pen and killed off a main character.
In my defense (side eyes the jury) Orion’s Circle hadn’t even been published when I wrote Broken Circle the second book in my werewolf series – Sirius Wolves. Those two along with Eternal Circle – the third book – were always going to be just one story until it kind of grew a life of its own and I was nearly on a 100,000 words and I wasn’t done.
So it became three.
I was a new author (insert whiny voice here) and as my story had four main characters I truly didn’t think that for the space of just one book – the time between when the character was dead, and then umm…when he wasn’t) my readers wouldn’t miss him.
Boy, was I so wrong.
I was nearly killed myself, and at no point could I say – well, if you just read the third book you’ll understand what happened and everything will be okay because it would ruin the plot.
It was the longest six weeks of my life. The time between Broken Circle and Eternal Circle and it just about nearly killed my career. I had committed the ultimate sin and everyone hated me.
Now, (and you’ll understand why I put this post contained series spoilers here) for the events to happen in book three, four, five, six, and now – seven. Book two had to happen. My gorgeous guy had to die. That beautiful tortured little lost soul had to kill him, and when you read book seven you will all finally get it, and more importantly who set it up.
Well, apart from me, of course.
It was a plan. It took seven books to get there, and I hope all the readers I lost after book two will give me another chance, (I mean check out the eyes on the cover model of book seven. You can’t resist, huh?)
I knew.
I knew in book two what was going to happen in book seven. I wasn’t completely sure how I was going to get there and I also didn’t know the series would take seven books. If I’m honest I have enough plots to last twenty books, but they aren’t stand alone and the back story was getting too complicated.
In fact, the funniest thing is this book – the last one – is the most stand-alone in all the series, but please don’t. It kind of ruins the surprise.
And I want you all to love the surprise.
And me…even though I’m still currently serving twenty to life and trying not to polish a new murder weapon.


Anubis smiled, but there was no humor or affection present. Simply an acknowledgement that things were going the direction he wished. The council all stood, bowed, and left. Anubis and Tarik followed them. Orion raked his eyes over his wife as she hurried over to him. “I hope you have a champion you can trust with such a desperate task. He must be pure. Untouched by greed or envy. Slow to anger and quick to love.”
Sirius smiled, and Orion marveled. The humans had a word — luck. It was all nonsense except when his wife smiled, and her brightest star shone, lucky was how he felt.
“I have a champion, husband.” Sirius bowed her head in respect, but Orion leaned forward and tucked a finger under her chin to raise it.
“Who?” He was curious.
“Horus.”
Orion lurched back in shock. “Horus? You would wish to sacrifice our son? You would wish to condemn him to a waking death with Anubis?”
“He is pure, husband. His goodness and love shine brighter than my own star. I have complete confidence he is the only one that can do this.”
“You risk much,” Orion whispered.
“I love my son with every breath in me, but we cannot let Anubis win. You know that.”
“He has to tell no one who he is.”
Sirius covered Orion’s hand with her own. “He is capable of the trust we place in him, and then he will return triumphant and sit on your throne as is his true place. You are tired, husband, and we will leave the worlds in capable hands. Better still, Anubis and all who follow him will be in the hell that they deserve.” She paused. “I even picked a name.” Her blue eyes twinkled. “Adam. I thought it fitting as some human teachings say that is the name of the first ever man.”
Orion shook his head in exasperation. “So Adam’s task is to gain the love of the hardest heart, but to leave his untouched?”
“His place is to rule in your stead, husband. It isn’t his destiny to be mortal.”
Orion huffed in a very un-god-like way. If his millennia had taught him anything, it was that sometimes destiny was a fickle creature. He remained quiet, though. Millennia had also taught him never to argue with his wife…

Victoria Sue will gift one person any book from her backlist.
Enter the rafflecopter below!
Contest ends October 26th!
Thank you!