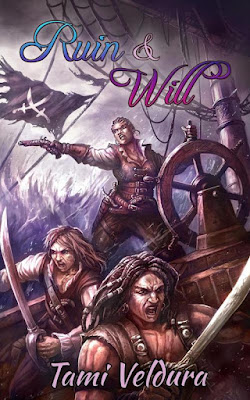 Synopsis
To change his fate, Kyros Vindex made a deal with witches: Eric’s heart for anything in the world. But the cost of love was too high. His quartermaster and best friend Araceli Cross is trapped with the spirit Ghalil. Driven by his guilt, Kyros becomes obsessed with the impossible. To get Araceli back, he’ll have to renege on the witches’ blood pact.
Finally free of the demon that possessed him for seven years, Eric Deumont is ready to chase the horizon. Try as he might, he can’t convince his lover Kyros to move on. And Kyros expects him to return to the plantation, and the man, where it all started; as if there was a chance Philippe could pull Araceli out of the jar. But Eric won’t risk unleashing Ghalil, not for anyone. It’s time to cut and run.
Araceli fights Ghalil with everything she has but when the demon merges their souls, they break the seal of their cage. However, physical freedom doesn’t change the fight for dominance. Ghalil’s demand for blood shackles her, and Araceli is nobody’s slave.
With Ghalil free, time is a luxury that no one has. And all the while, the witch crows watch...


Spirits shouldn't be trifled with on the best of days. When we meet Eric in Book 1, he's already harboring a demon in his skin: Ghalil. And that spirit becomes Araceli's problem in book two. Here's how Eric acquired it.

Eric tied his hair back with two of his own dreadlocks, containing the black cords for his next move. Beside him, Otto slid his cutlass from its holster. "Sir, we're ready." His coxwain lead a handful of men. They were a distraction, but if Eric's tip was wrong, they'd be the only ones making this whole trip worthwhile.

The forest rustled with evening wind. Moonlight spotlit the plantation house and nothing moved. After watching the plot for hours this morning, Eric finally admitted there wasn't much defending this place. Just a single man posted at the supply house.

Otto nodded. He moved out of the jungle and five other pirates followed his steps. They swarmed through the tall indigo rows—a small squad of angry bees.

Eric pressed his lips together and looked at his quartermaster, Adrian. The Dane nodded at him. They moved. Eric judged the second story balcony to be six foot, maybe seven. He didn't want to try and make the jump. Instead, he tested the back door. Locked.

Adrian knocked the butt of his cutlass into the window. A small pane of glass cracked and slid to the floor. He reached inside and rotated the deadbolt. Fancy technology for a small plantation. Eric lead, listening hard. Footsteps sounded on the floor above.  Eric took the stairs two at a time. He met the Philippe Lamar at the top of the rise.

The plantation owner yelled, dropping the oil candle he held and nearly lighting himself on fire. He held up his hands in the face of Eric's knives and pressed himself against the wall. "Who—who… what do you want?"

Eric kicked the lamp to one side, he didn't need a fire making this more complicated. Beside him, Adrian began opening doors, searching for the chest. "I'm not here for you, Lamar, just something you have. Don't make me kill you."

Adrian returned to the hallway, "It's not here?"

Eric put his hand on Lamar's wide chest and leaned on it. "I'm looking for a box, about three feet by two. Has an octopus carved on the top. You know it?"

Lamar twisted one wrist to point down the hall. "There—it's there in my office."

"Watch him." Eric jerked his chin at the large man and followed the alarmed pointing. Time slowed when he spotted the chest. It sat in the office as promised, a shaft of moonlight tricking the shadows into waving. It was a little smaller than he expected, and buckled shut with leather and iron.

Eric knelt before it. He'd been seeking the item in this chest for two years. Rumored here or there, bought, sold, sold again. He unbuckled the straps and lifted the lid. Something had been carved into the top of the box… something that snapped with light and a small bit of magic.

A demon rose, all black smoke and red muscle, from the body of the box. Eric sat back, this was not what he'd been seeking. It looked at him without eyes, just empty dark sockets and pointed teeth. Smoke billowed around him and leaked into the hallway. Eric heard Adrian struggle and yell, then a pair of heavy running footsteps. Lamar.

Adrian stood in the doorway. "What in God's name—"

The demon swiveled to Adrian. It smiled, a mile of sharpened teeth and hollow eyes. It moved. Eric lunged in front of it, unsure of what, exactly, he was going to do if he caught it. He grabbed only smoke. The demon hit his chest and passed into it. Eric crashed at Adrian's feet, unprepared for no resistance at all. He sprawled on his side and the demon was nowhere to be found.

It lunged inside Eric's ribcage and he hurled on the floor. Eric tore his tunic up and Adrian crossed himself. The demon swirled in his skin and lunged again, deforming Eric's chest and reaching for the moonlight. Eric yanked his shirt back down and gulped a breath. He sat against a bookshelf in the study and just breathed. The creature inside him yearned for the light and Eric knew without a doubt he couldn't allow the two to come into contact.

Adrian marched into the room and slammed the chest closed. He hefted it with one arm and yanked Eric up by the elbow. "Can you walk?"

Walking was not high on Eric's to-do list but he didn't have a clue what else to do. He tightened his belt over his shirt and nodded, eyes too wide and breath too quick.

"We're meeting the crew and rowing back to the Sun. This is going in your cabin and we're sailing to Nassau like you promised. We'll figure everything else out as it comes."

Eric nodded again and leaned on Adrian's shoulder until he understood how walking with a demon running circles inside him worked, exactly. They found Philippe hiding downstairs, curled up in the corner of his living room. Eric growled at him as they passed.

Then he arrested Adrian at the threshold. Moonlight lit the air before him and he felt the thing inside him reach for it. Eric wrapped an arm around his gut, unsure if he wanted the thing to stay in or get out. "It wants the moonlight."

Adrian grunted. "Keep your shirt on, then. We're going." And he yanked Eric with him.

Eric flinched from the light and was surprised when nothing happened. The creature twisted in his chest, raging, but confined. Every step further gave him confidence. Soon, the pair of them jogged across the sands and met quietly joyous crew at the boats. Every rowboat floated heavy in the water—a successful raid minus one angry detail.

Eric settled into the stern of a boat and allowed himself to be rowed to his ship. He was going to lock himself in his cabin until he could put this thing back where it came from. 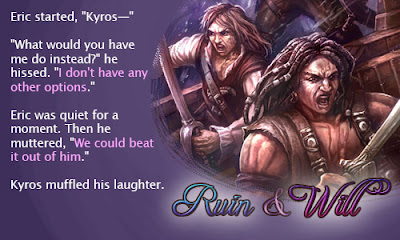 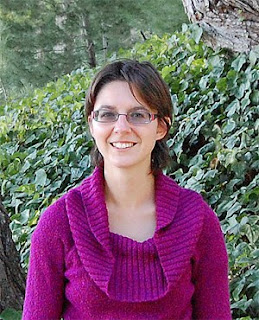 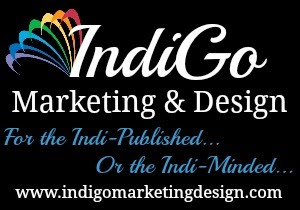