All About Me and What's To Come: Miranda Turner #Giveaway 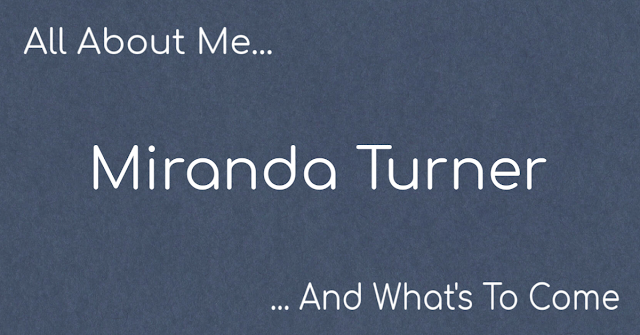 This is the last author for Diverse Reader's Saturday feature All About Me and What's To Come. Don't worry, something else is coming. Closing down the show is and author who just published their first book recently and already has a second out there. Miranda Turner has been a part of this community for awhile now and it's so cool to see her evolve into a writer. She's here to tell you about her books, what's to come, and to gift a reader with her books. So, get comfy.

Hi! I’m Miranda Turner, and I’d like to thank Meredith for having me here today for her Author Spotlight. I’m supposed to tell you all about me and what’s coming from me down the road. I’ll try to make it as painless as possible.

I’m a person who wears many hats. I’m a single mom of eight beautiful children, owned by a grumpy cat who is also my strictest writing critic, chicken wrangler, an editor for some wonderful authors, and recently, I ventured into the wonderful world of publishing my own books so I could be a “real” author.

I’ve written ever since I could remember; the bad poetry from my early teens could paper walls and probably make people sick with overblown angst. I first found joy in writing pure fiction, outside of the stories I made up in my own head, when I took a creative writing class my senior year of high school, but I never ventured to release any of those secret stories in my head, scribbled in notebooks, or eventually saved on many now dead hard drives into the wild until I was given a lot of encouragement from a very dear friend. I took one of those started stories and revamped it, only keeping the very first line, and that’s how Shadowing the Light, book one in my The Bearer of Truth series, came to be. The expanded universe is now planned to stretch over five books with a few spin off series coming down the road. The first of those spin off series has already started with a novella called A Blaze in the Dark, book one of my BoT World Stories, that released February seventh and told the story of a couple that appeared in Shadowing the Light. 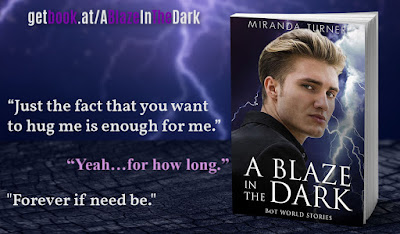 I have many ideas still percolating in my brain and exciting things coming up to share with you all. Book 2 is now with my alpha and beta reader and going to my editor soon. The title is—drum roll please—Surviving the Shadows, and I think it’s going to take you all on a bit of a wild ride that I hope you’ll enjoy. It will be released in the latter half of April.

Surviving the Shadows will be followed by book three in the BoT series, then I have a Sci-Fi book I’ve already started to release after book three, followed by a Christmas novella. The other spin offs from the BoT series will start happening in 2020, but not until all five books are out. I have both an adult series about the rest of the team planned and a YA series about the young people we meet in the books. There’s also a psychological thriller I’ve started that will be thrown in there somewhere.
Basically, I hope to bring readers lots of words and worlds to hopefully enjoy.

Shadowing the Light: mybook.to/ShadowingtheLight
A Blaze in the Dark: mybook.to/ABlazeintheDark

Where To Find Miranda Turner 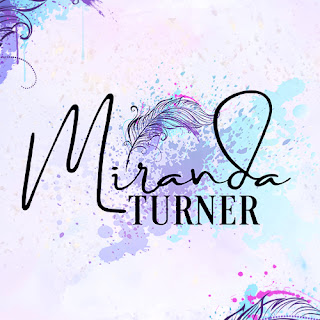 Miranda is gifting one person both her books: Shadowing the Light and A Blaze in the Dark.
To enter this giveaway, please fill out the rafflecopter below.
Contest will end March 8th
Thank you


a Rafflecopter giveaway
Posted by Diverse Reader at 6:10 AM

Email ThisBlogThis!Share to TwitterShare to FacebookShare to Pinterest
Labels: All About Me and What's To Come, Giveaway, LGBT, Miranda Turner, MM